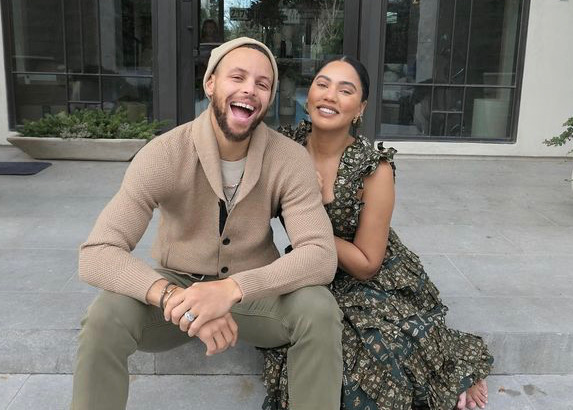 Ayesha Curry Denies Allegations About Being in an Open Relationship

Ayesha Curry has been married to basketball legend Stephen Curry for 10 years now. As she celebrated his recent GQ cover shoot on Instagram, the chef was forced to address some comments circling about the status of her marriage.

Within the sea of comments on her social media post, many people were questioning if the couple has decided to pursue an open relationship. In a now-deleted comment, Ayesha cleared up any confusion about their marriage.

“Don’t believe everything you read,” she wrote. She included the sentiments, “Do you know how ridiculous that is? Don’t disrespect my marriage like that. Please and thank you.”

The history of Ayesha and Stephen Curry’s relationship.

The couple’s origin story began when the two of them met back in high school. By July 30, 2011, Stephen and Ayesha were married. Over the course of their 10-year-long marriage, the couple has become the proud parents to three children: son Canon, 3, and daughters Ryan Carson, 6, and Riley, 9.

Even after many years of being together, they don’t seem to be getting tired of each other, either. On their wedding anniversary, Ayesha attributed a heartfelt message to her husband via an Instagram post.

“My everything! 10 years married y’all,” she said in reference to Curry. She added, “It has felt like the blink of an eye. @stephencurry30 is by far, hands down the most amazing being I know.”

She concluded her wholesome message to her husband with the statement, “I can’t wait to see what the next 50 has in store for us. Happy day, happy day! We’ve been doing the most celebrating the past couple of days. July 30,2011 to infinity and beyonnnnnnd.”

Additionally, the two recently decided to renew their wedding vows to celebrate their milestone anniversary. “A couple of weeks ago @stephencurry30 surprised me with the most beautiful vow renewal ceremony,” the 32-year-old mother explained on Instagram. “He even picked out my dress for me and had it waiting.”

The chef has also been very outspoken about supporting her husband’s career. When Curry surpassed the record for all-time 3-pointers, she made sure that he was celebrated.

Following his big accomplishment during the New York Knicks game at Madison Square Garden in New York City, Ayesha said on Instagram, “2974 and counting. Congrats my baby. I love you so much! You did that. To God be the glory. I’m so proud of ya @stephencurry30.”