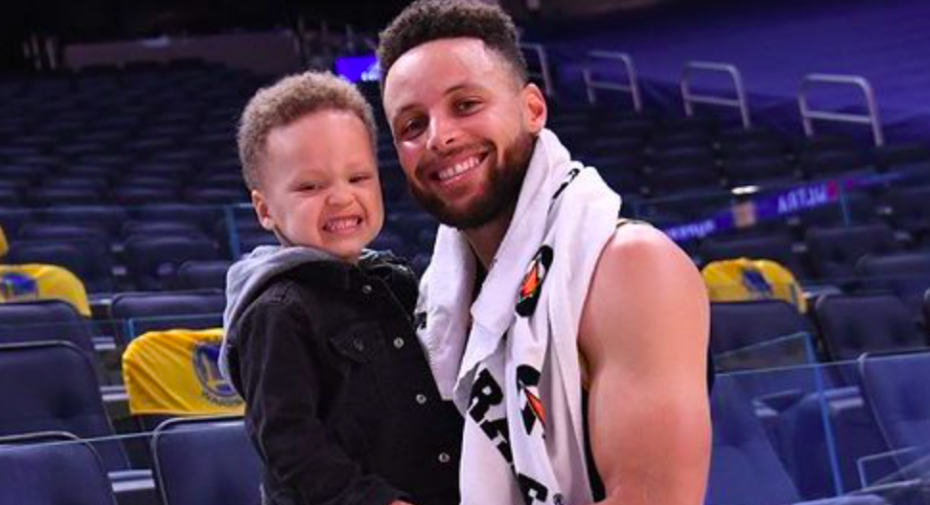 Steph and Ayesha Curry. That’s that couple out here cookin’ up championships on the court, cookin’ up good meals off the court. The Curry team has a whole basketball squad of five at home with Steph, Ayesha, and their three children.

It’s evident how important family is to them, including valuing spending quality time together and truly supporting and encouraging each other.

You love to see it.

And while pops is on the court doing his thing having a spectacular season thus far, putting up 31.9 points a game, 5.5 boards, and 5.7 assists while shooting the 3-ball at 42.9%, his son apparently is next in line to repeat dad’s success.

“He’s such a boy’s boy,” Ayesha said of her and Steph Curry’s son on The Ellen DeGeneres Show.

Curry’s son, Canon, is 2-years-old and he’s starting to pick up on the things his mom and dad do for a living. However, because Canon was so young when the pandemic hit, he got a little confused when it came to his dad’s job.

What’s funny is that, at least at a point last year, Curry’s son reportedly didn’t know his pops was a hooper. And it’s not exactly because Curry is super humble about everything, including what he does for a living.

You see, Cannon thought his dad was a golfer, because he wasn’t playing basketball much during the height of the pandemic! Now that is funny!

“It’s just been really cool to watch him break all these records and do it with such humility and humbleness,” Ayesha said to Ellen when talking about her husband. “He comes home and it’s like it never happened. He just wants some popcorn and some candy.”

And now that Cannon knows what dad does, Ayesha told DeGeneres “that he’s already started playing some basketball”. Like father, like son!

Popcorn and candy. All in a day’s work. Also, does the child thinking dad played golf sound familiar?

At The Buzzer recently mentioned how Justin Verlander‘s daughter also reportedly thought her dad was a golfer.

Chalk this one up to just not knowing the intricacies of each sport, yet. Because hey, a ball is a ball when you’re a little one!