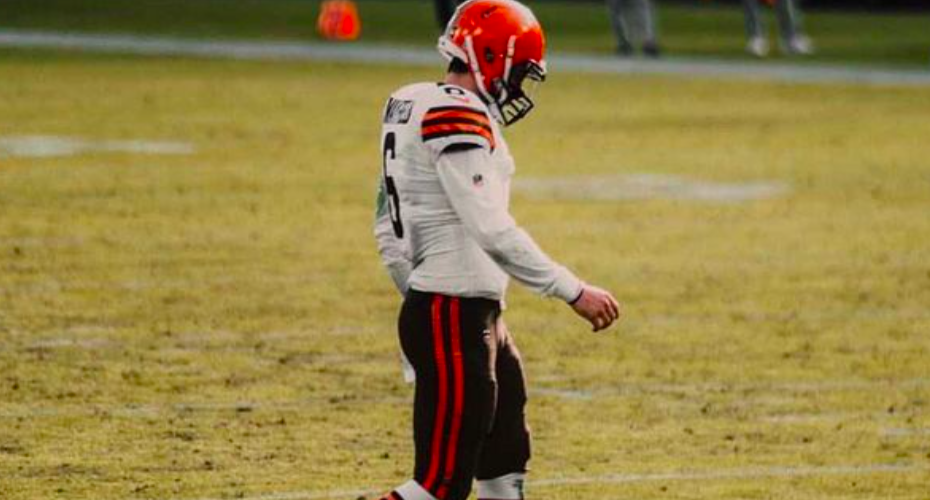 Baker Mayfield, the Browns franchise quarterback who led his team to a 11-5 regular season record in 2020, had an interesting encounter with…something in the sky? The quarterback claims to have seen a “UFO”.

On March 3, Mayfield Tweeted this:

“Almost 100%, Em and I just saw a UFO drop straight out of the sky on our way home from dinner…,” Mayfield said.

RELATED: Browns Fans And Baker Mayfield Rally Behind Fan And Missionary Battling Cancer, Bring Him To Historic Playoff-Clinching Game: ‘The World Needs More Lovely People Like You And Your Family! Go Brownies, Let’s Win This For Tom’

“(W)e stopped and looked at each other and asked if either of us saw it… Very bright ball of light going straight down out of the sky towards Lake Travis,” Mayfield Tweeted. Anybody else witness this?”

Did you see this? If so, let us know in the comments and let us know what you think it was.

If you don’t know, now you know that a “UFO” is defined as an “unidentified flying object” per the Merriam-Webster dictionary.

The Herd w/ Cowherd Tweeted: “So, Baker Mayfield saw a UFO… ‘Joe Montana, Troy Aikman, Terry Bradshaw & Tom Brady have never seen aliens. I would prefer my guys don’t talk about it’ referring to what Colin Cowherd said in a segment.

Now, to be fair, Mayfield never mentioned seeing “aliens” in the tweet, just an unidentified flying object. But, nonetheless, when people talk about UFO’s, aliens seem to be brought up in conversation sometimes. Brady, you know, the guy who just won Super Bowl MVP, caught wind of this.

Baker replied back to Tom jokingly:

Somebody else (@jcruztwit) also claims to have seen something in that area from that evening (March 3):

“I’ll be honest, we’re so confused by it,” Wilkinson said in an Instagram story according to CBS Sports as transcribed by CBS Sports. “All of the sudden, a light caught our eye on the our right side, which is out my passenger window, over the lake…It was a big light, and it was going straight from the sky, down to the ground. We got home, and we’re just extremely confused…We’re not massive believers in this, we’re not nay-sayers, but we’ve never seen it for our own eyes, so we’re just a little confused.”

If you want to know where Lake Travis is on the map, here you go.

The U.S. Department of Defense, in April 2020, released a statement and certain videos from the US Navy that said, in part: “The Department of Defense has authorized the release of three unclassified Navy videos, one taken in November 2004 and the other two in January 2015, which have been circulating in the public domain after unauthorized releases in 2007 and 2017…DOD is releasing the videos in order to clear up any misconceptions by the public on whether or not the footage that has been circulating was real, or whether or not there is more to the videos. The aerial phenomena observed in the videos remain characterized as ‘unidentified.'”

What are your thoughts on the claimed “UFO” sighting and have you ever seen something that appeared to be a “UFO”? Let us know in the comments.