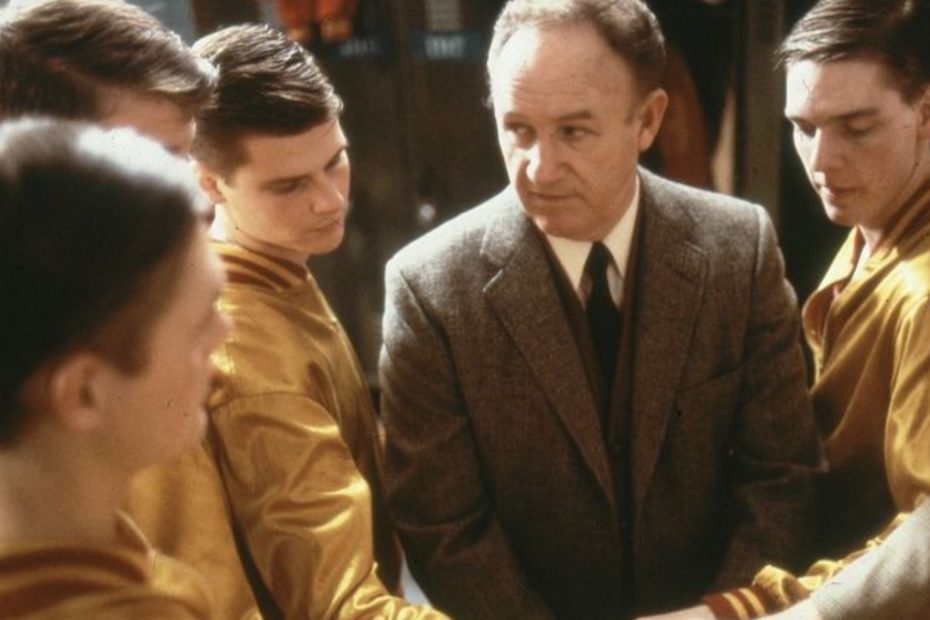 15 Basketball Movies That Will Make You Cry

Basketball movies make up some of the most popular and respected sports movies of all time. From the imagery to the dialogue, directing, editing, writing, acting, production, cinematography, and music, basketball movies know how to capture the audience in a number of unique ways.

What we love most about basketball movies is how versatile they are. They make you laugh, they build suspense, they get you in that basketball mood, and they even make you cry. Whether you’re crying tears of joy or tears of sadness, you can definitely expect some tears.

These Basketball Movies Might Bring Tears to Your Eyes

If we were to ask you to name three basketball movies that have made you cry, you likely wouldn’t have any issue thinking of some. With that said, would you be able to come up with 15? That’s upping the ante a little bit, but don’t worry, we’re prepared to take you on that journey.

Some of our picks will be obvious and will likely have you crying multiple times throughout the movie, but we’ll also throw in some basketball movies that might only make certain people cry. Either way, they’re all incredible movies and are worth the watch if you’re a basketball fan.

And if you’re looking for some other basketball movies that didn’t quite qualify for this list, head on down to the bottom of our list. We’ll discuss some of our favorite documentaries and comedies that give you an even better inside look at the ever-changing world of basketball.

Like Mike is a comedy film, but there are moments that might make you shed a tear. More specifically, I’m talking about the relationship between Calvin Cambridge (played by Bow Wow) and Tracy Reynolds (played by Morris Chestnut). By the end of the movie, it’s priceless.

Calvin is a 13-year old orphan that stumbles upon a lucky pair of shoes that catapult him into the NBA after winning a halftime contest. He later signs a contract with the Los Angeles Knights, where Tracy takes him under his wing. By the end Tracy adopts Calvin and his friend.

Air Bud is another comedy film that has its moments. It was directed by Charles Martin Smith in 1997 and stars Kevin Zegers as Josh Framm, a 12-year old boy who gains the trust of a runaway dog. The dog, who he names Air Bud, has an uncanny ability to play basketball.

There’s one scene, in particular, that’ll choke you up. Josh is forced to give Air Bud back to his original owner, but he later decides to rescue him. After the two get away, Josh gives Air Bud a pudding cup and sets him free in the wild. Don’t worry, Air Bud later returns to him – more tears!

The Basketball Diaries is a biographical sports drama that tells the story of a high school basketball prospect that becomes addicted to heroin. It’s based on an autobiographical book written by Jim Carroll, who is portrayed by a young Leonardo DiCaprio in the 1995 movie.

As a teenager, Carroll had two passions – writing and basketball. His basketball dreams were cut short due to his heroin addiction, which he developed as a result of his friend’s death. Despite getting in a lot of trouble in the following years, he eventually forges himself a new path.

The Way Back is a newer sports drama film that was released in 2020. It stars Ben Affleck as Jack Cunningham, an alcoholic construction worker that finds himself coaching his former high school’s basketball team. Cunningham was once the star of that same team in high school.

Despite a successful season, Cunningham’s own misfortunes and mishaps haunt him. He eventually returns to his drinking habits and is eventually fired after showing up to practice drunk. By the end of the movie, he receives help for his alcoholism and mends broken bridges.

Rebound: The Legend of Earl ‘The Goat’ Manigault is a 1996 sports film that was released on HBO television. It follows the story of Earl Manigault and while some of the events are true, most of them are dramatized. Manigault was a legendary street player nicknamed ‘The Goat.’

Played by Don Cheadle, Earl Manigault is a recovered junkie fresh out of prison and ready to dedicate his life to helping the young Harlem kids. It was released on the 25th anniversary of a Harlem tournament named after him. It also features James Earl Jones and Forest Whitaker.

Finding Forrester is a 2000 sports drama that stars Sean Connery and even features hip hop artist Busta Rhymes in a supportive role. Although the film isn’t based on a true story, Connery’s character was inspired by J.D. Sallinger, a writer best known for writing The Catcher in the Rye.

Above the Rim is a 1994 sports drama film that tells the story of a young basketball player named Kyle Watson. With a local tournament coming up, he joins a team coached by Thomas Sheppard – a former high school standout – despite being recruited by a local thug, Birdie.

Kyle and Shep’s team is matched up against Birdie’s team in the finals. Birdie’s team plays a violent brand of basketball and Birdie even goes as far as threatening Kyle to throw the game. When Kyle’s team wins, Birdie sends someone to kill Kyle, but ends up shooting Shep instead.

He Got Game is a 1998 sports drama film that features one of the greatest shooters in NBA history Ray Allen. He plays Jesus Shuttleworth, a top high school basketball recruit being pursued by many of the country’s biggest schools. He is faced with a tough decision.

His father, who is in prison for accidentally killing Jesus’ mother, is given an opportunity at an early release if he can persuade Jesus to attend Big State – the warden’s alma mater. Although Jesus eventually joins the school’s team, the warden doesn’t grant his father an early release.

Blue Chips is a 1994 sports drama film that stars Nick Nolte as a college basketball head coach and Shaquille O’Neal as a top recruit. It’s not necessarily based on true events or people, but the story is relevant in real life. It gives you an inside look at the pressure of being a college coach.

The movie tells the story of a college basketball coach that bribes top recruits to join his team. Despite a successful season, the coach feels guilty and eventually admits his wrongdoings during a press conference following a big win. Coaches bribing players wasn’t out of the norm.

Cornbread, Earl, and Me is a 1975 coming-of-age sports drama film that stars Laurence Fishburne (making his film debut), Tierre Turner, and NBA player Jamaal Wilkes. Loosely based on a Ronald Fair novel, it tells the story of a young basketball player shot and killed by police.

After playing a pickup game with his friends, Keith Wilkes is challenged to see how fast he can run home in the rain. Unbeknownst to him, police were in the area searching for a suspect that looked like Wilkes. When police see him running, they mistake him for the suspect and kill him.

Love & Basketball is a 2000 sports romantic drama film produced by Spike Lee and starring Sanaa Lathan and Omar Epps. It follows the story of two neighbors – Quincy McCall, played by Epps, and Monica Wright, played by Lathan – with dreams of playing professional basketball.

The two childhood friends eventually become childhood sweethearts and must learn to manage their dreams while also managing their feelings for each other. Quincy’s talent on the court is recognized early on, but Monica must work a little harder to be acknowledged on the court.

Hoop Dreams is a 1994 sports documentary that follows the lives of two high school basketball players, William Gates and Arthur Agee. They have dreams of one day playing professional basketball, but encounter a flurry of challenges and obstacles along their basketball journey.

Although the film was originally supposed to be a 30-minute film, the directors ended up filming over 250 hours of footage over a five-year period. If you want an inside look at what it was like for young black basketball players trying to make it 20 years ago, this documentary is for you.

Josh Lucas stars as the head coach, Don Haskins. The movie also features Derek Luke and Jon Voight. It explores a wide range of issues that black athletes faced in the mid-1960s, including racism, discrimination, and much more. It’ll definitely have you crying a few times.

Dale is an old-school coach that employs a defensive approach to winning games, but his temper often gets in the way of his coaching. He has a hard time winning the townspeople over, but is given a second chance and eventually helps lead the team to a state championship.

Coach Carter is a 2005 sports drama film that’s based on the true story of Ken Carter, the head coach of Richmond High School’s basketball team in the late-1990s. He made headlines when he suspended the entirety of his team, who were undefeated at the time, due to bad grades.

Carter struggles to gain the respect of his players, but stays true to his coaching and leadership style. He dedicates himself to helping the players succeed in school, that way they can excel on the court. Though they fail to win a state championship, they’re proud of their achievements.

Other Basketball Movies You Should Consider Watching

Like we promised above, we have several other basketball movies that might not make you cry, but are simply too good not to list. For example, it’d be wrong to talk about basketball movies and not mention Space Jam (1996), featuring one of the greatest basketball players of all-time.

YOU MAY ALSO LIKE: Biggest NBA Trades During the 2021-22 Season

Speaking of LeBron James, let’s not forget that he starred in Space Jam 2: A New Legacy, which was released in mid-July 2021. It wasn’t as good as the first one, but let’s be honest, nothing will ever compare to the first one. It’s a classic and one of our favorite movies ever.