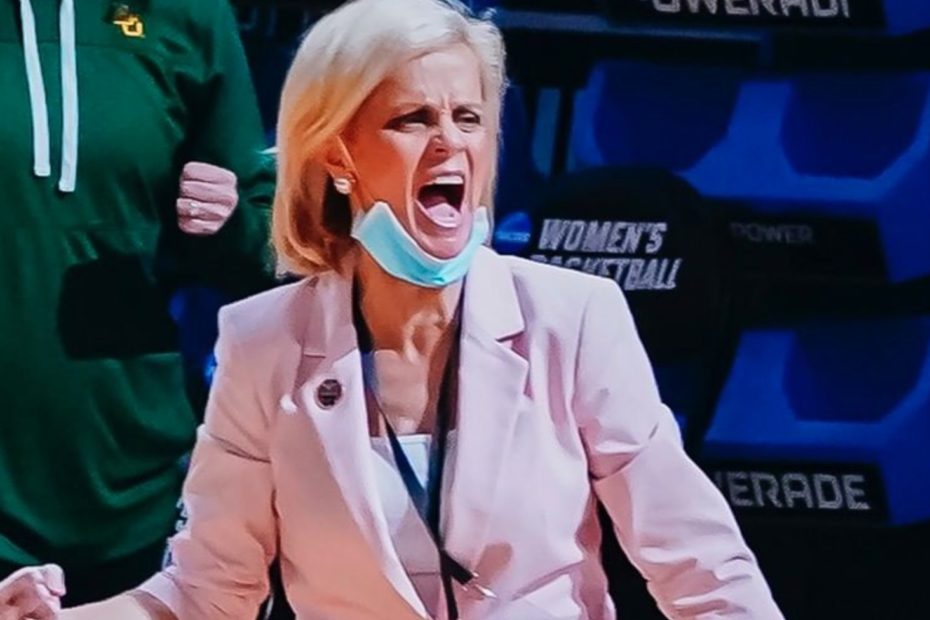 Just minutes after the Baylor Bears Women’s basketball team was left crushed when their tournament journey came to an end after falling by one point to the UConn Huskies, coach Kim Mulkey made some interesting remarks regarding COVID-19 testing.

During the NCAA Championship tournament, members of the teams competing in March Madness had been subjected to daily COVID-19 testing to ensure that there wouldn’t be a mass breakout of the virus. And because of that protocol, the tournament has been able to continue on schedule as the majority of their participants remained healthy.

YOU MAY LIKE: Russell Wilson And Ciara Celebrate First Day They Met Each Other!

However, after Mulkey and her team were eliminated from the tournament in the round of Elite 8, the coach made a statement that seemed to have been unprompted. This is what she said about COVID testing as they reach the Final Four teams:

“After the games today and tomorrow, there are four teams left, I think, on the men’s side and the women’s side,” Mulkey began. “They need to dump the COVID testing. Wouldn’t it be a shame to keep COVID testing and then you got kids that test positive or something and they don’t get to play in the Final Four? So you just need to forget the COVID tests and get the four teams playing in each Final Four and go battle it out.”

Come again? People are flabbergasted by the impromptu, and rather harmful remarks. “Kim Mulkey just said the NCAA needs to stop COVID testing at the Final Four so that one team doesn’t get knocked out because of a positive test. What?????????????,” one Twitter user wrote.

“How utterly, incredibly, perfectly…on brand for Kim Mulkey,” another one added.

The statement also comes after Mulkey opted out of giving reporters a quote when asked about the last foul of the game, a foul that could have given Baylor the go-ahead had it been called. “What did YOU see? Then write it like that. You don’t need a quote from me. I’ve got still shots and video from two angles. One kid hits her in the face and one kid hits her on the elbow,” the coach said.

It’s unclear how Baylor will respond to her remarks regarding COVID testing.