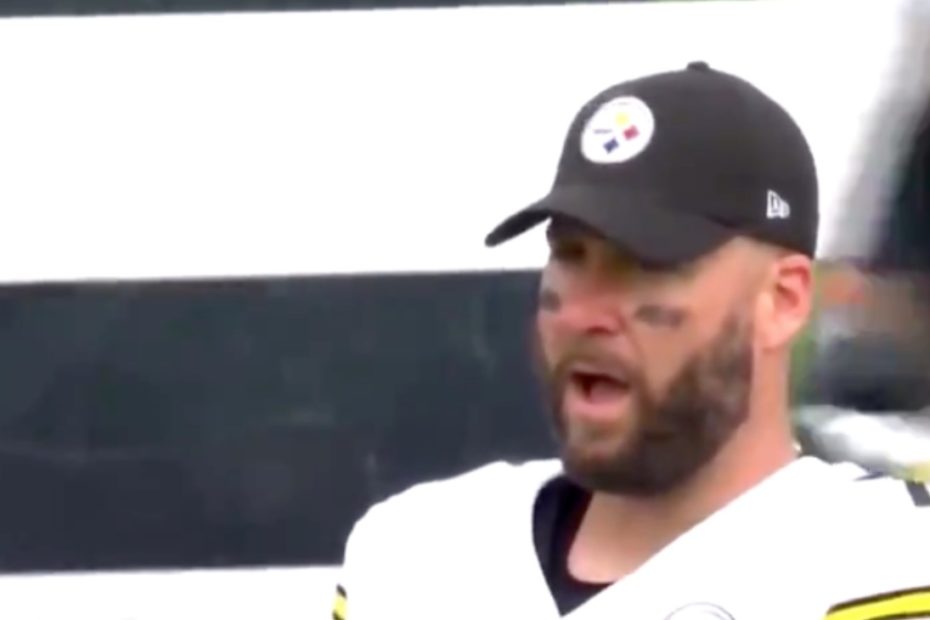 The Tennessee Titans were down big against the Pittsburgh Steelers on Sunday. That is until the Titans manage to score several unanswered points to get to within three points to tie it up.

So with just 19-seconds left to go in the fourth quarter, both the Titans and the Steelers undefeated records rested on four-time Pro Bowl kicker Stephen Gostkowski. But as Gostkowski lined up to kick the 46-yarder, the sailed too far right, missing the goal post by inches.

Immediately, Steelers players on the sideline began jumping for joy. There undefeated record was still intact. Unfortunately for Gostkowski and the Titans, theirs was not.

RELATED: Which Free Agent Kicker Should the Titans or Browns Sign, Replacing Two Lackluster Performances Out of Kickers

Steelers quarterback Ben Roethlisberger on the other hand was so shocked that the field goal had been missed that he needed to double-check with his teammates before allowing himself to celebrate. Judging by his reaction, the quarterback seemed pretty certain that his team would have to fight in OT to try and gut out a win after an epic Titans comeback.

But, to his surprise, the kick was missed. And you can read the QB’s lips, saying, “he missed it?!” as the Steelers got the ball back to win the game 27 to 24.

Many thought the field goal would be automatic as Gostkowski was 24-for-24 when it’s a “potential game-tying or go-ahead field goal” in the fourth quarter, Jamison Hensley pointed out on Twitter, per ESPN.

Titans’ coach Mike Vrabel said he had a lot of confidence in his kicker, Gostkowski. Adding that he’s “been hitting the ball well,” John Glennon reports. However, Gostkowski has had a “bizarre-o season” after starting out 0-3, then kicking 9-9, then going 1-4.

You just never know what can happen in the NFL. Ben Roethlisberger and the Steelers will take the “W” as they go to 6-0 and the Titans get handed their first loss of the season, now at 5-1.