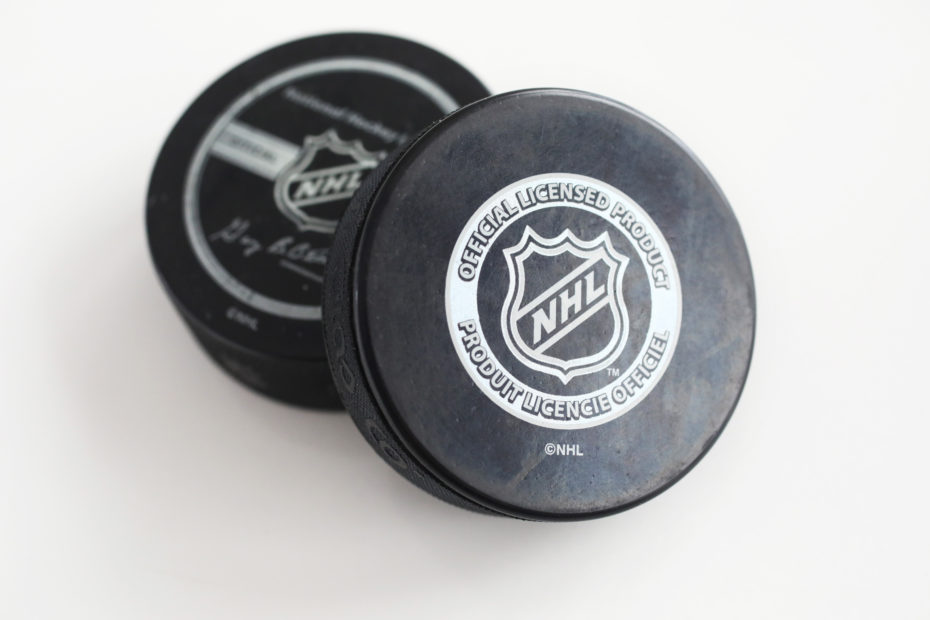 The best American hockey players of all-time will forever be remembered for their efforts on the ice. They represented their country better than anyone else, proved they belonged in the best league in the world, and will go down as some of the greatest players to ever skate in the NHL.

And that’s largely been the case over the history of the NHL. It’s a sport that’s largely been dominated by foreign players, but that doesn’t mean the United States hasn’t produced its fair share of great players. In fact, the US has produced some of the most revered NHL players.

Who Are the Best American Hockey Players Ever?

Every now and then, we witness an American-born player enter the NHL and put the league on notice with their skill, talent, leadership, intelligence, and complete dominance. These players are usually the ones we see representing Team USA at the Olympics every four years.

They bring honor and respect to the country they call home and embody everything this country is built on. With all the foreign players who have showcased their skill in the NHL, it’s the best American hockey players that will forever hold a special place in the hearts of American fans.

Phil Kessel was drafted fifth overall by the Boston Bruins in 2006 and made his debut that same season. He has been as consistent as anyone over the past 13 years, scoring more than 20 goals in 12 of those seasons and above 30 goals in six of them. He’s also a two-time champion.

Tom Barrasso was drafted by the Buffalo Sabres with the fifth overall pick in 1983. He made an immediate impact on the team, winning more than 20 games in four of his first five seasons in the NHL. He went on to do that 11 times in his career, including a career-high 43 wins in 1992.

Ryan Miller was drafted by the Buffalo Sabres in the fifth round of the 1999 draft and made his debut in 2002. His .914 save percentage ranks ninth among American goalies, but his 391 wins ranks first. He won 40+ games in two different seasons, including a career-high 41 wins in 2009.

Mark Johnson was a fourth round draft pick by the Pittsburgh Penguins in 1977 and made his debut during the 1979 season. He helped lead Team USA to a Gold medal in 1980 and was one of the star players during the ‘Miracle on Ice’ game. He scored a career-high 35 goals in 1983.

Six years prior to joining the NHL, Mark Howe was lighting up the World Hockey Association (WHA) from 1973-1979. He scored 208 goals over that span as a defender. He would carry that success over into the NHL, scoring the 30th-most points by an American-born NHL player.

John Carlson was selected 27th overall by the Washington Capitals in 2008 and made his debut the following season. He led the league in points by a defenseman in 2017 and 2019, and has been in the top-five the past four years. He recorded a career-high 60 assists in 2019.

Joe Pavelski is as consistent as they come, scoring more than 20 goals 11 times out of the past 15 years — including more than 30 goals four times and a career-high 41 goals in 2013. He makes the most of his minutes and currently has the 16th most points by an American player.

Tony Amonte was drafted in the fourth round in 1988, which was a steal considering he scored 35 goals in his rookie year (1991) and 33 goals in his sophomore season. He would go on to score more than 30 goals in eight different seasons, including more than 40 goals three times.

Mike Richter is one of five American goalies to record more than 300 wins in their career. His .904 save percentage and 2.89 goals against average rank in the top-35 among American goalies. The second round draft pick spent his entire 14-year career with the New York Rangers.

Bill Guerin was drafted fifth overall by the New Jersey Devils in 1989 and made his debut three seasons later. After a slow start to his career, he would eventually score more than 40 goals in back-to-back years from 2000-2002. His 429 goals ranks seventh among American players.

Neal Broten was drafted in the second round in 1979 and made his NHL debut the following season. He wouldn’t see regular playing time until 1981 and made the most of it, scoring a career-high 38 goals that season. His 634 career assists ranks 10th among American players.

Frank Brimsek is a Hall of Fame goalie, two-time Stanley Cup winner, eight-time All-Star, two-time Vezina Trophy winner, and also won the Calder Memorial Trophy. He won 64 games in his first two years in the league and had 252 career wins, despite only playing 10 seasons.

Joe Mullen was inducted in the Hall of Fame in 2000 following an illustrious career, which included three Stanley Cup championships and two Lady Byng Memorial Trophy wins. He’s one of five American players to score more than 500 goals and his 561 career assists ranks 13th.

Keith Tkachuk was drafted by the Winnipeg Jets with the 27th overall pick in 1990. He scored 94 goals in his first four years in the NHL, but followed that up with 50 goals in 1995 and a career-high 52 goals in 1996. His 538 goals ranks third among American-born NHL players.

Jonathan Quick was a third round draft choice for the Los Angeles Kings and has proved to be a valuable one — spending his entire 15-year career with the team thus far. He won 33 or more games six times in his career and his 336 career wins ranks fourth among American goalies.

Brian Leetch was the Rangers’ ninth overall draft choice in 1986 and it paid off. He scored more than 20 goals four times in his career and more than 50 assists six times. His 781 assists ranks third among American players and he’s one of ten American players with 1,000+ points.

Jack Eichel hasn’t been in the league very long, but has proven to be one of the most talented players in the game right now. He has never scored less than 24 goals in a full season and is nearly averaging a point per game. If he’s traded anytime soon, his numbers should improve.

Auston Matthews is off to one of the best starts to his career the NHL has ever seen. Despite only being in the league six years, he has already scored 200 career goals and 152 assists. Through his first five years, he scored more than 40 goals three times, including 47 in 2019.

No American player has played more games in their career than Chris Chelios — who played 1,651 games in a 26-year career. In fact, that number ranks eighth among all NHL players. He didn’t score often (185 goals), but his 763 career assists ranks fourth among American players.

Patrick Kane helped the Chicago Blackhawks return to dominance, winning the Stanley Cup three times in his 15-year career. He has been one of the most consistent players in the league, scoring more than 20 goals from 2007-2019 — including a career-high 46 goals in 2015-16.

Pat LaFontaine was the third overall pick by the Islanders in 1983. He scored more than 40 goals in six straight seasons from 1987-1992, scoring 286 goals over that time. His 468 career goals ranks sixth among Americans and he’s one of ten Americans with more than 1,000 points.

Mike Modano was the first overall pick by the Minnesota North Stars in 1988 and he proved why, becoming one of the best American hockey players of all-time. He ranks second among American players in goals, assists, and points. He scored a career-high 50 goals in 1993-94.

Who Are the Best American Hockey Players Right Now?

Of the 25 best American hockey players listed above, seven of them were born in the state of Massachusetts. The only other states with multiple players are Minnesota with four players, Michigan with three players, and New York and Wisconsin both have two players.

YOU MAY ALSO LIKE: The 25 Best Hockey Players of All-Time

We mentioned some of the best American hockey players in the NHL right now in the list above — including Eichel, Matthews, Kane, Quick, Pavelski, Carlson, Oshie, and Kessel.