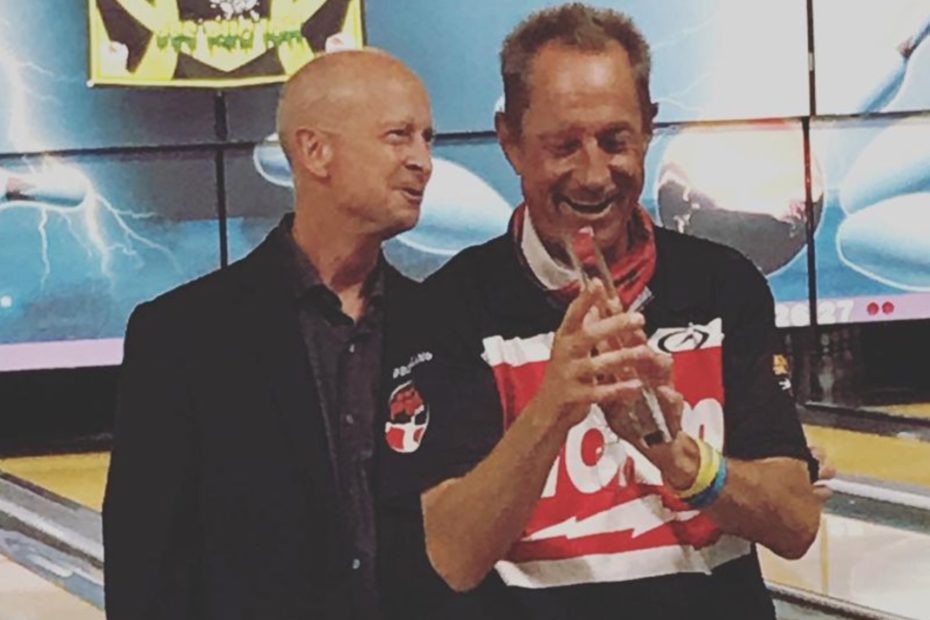 In this case, we’ll be looking at 10-pin bowling specifically. You may know this sport best from casually going with your friends to the lanes and seeing who gets the high score, or from going to support a fundraiser and are just there for the camaraderie, or you’ve seen the tourneys on TV, or these trick shots with Dude Perfect.

Whether you need those bumpers or you’ve got the spin of the ball down yourself and are bowling well-over 200 (of course, the score to get is 300 in bowling), the sport’s fun and can make for a good event where family and friends come together. Wherever you have encountered the sport or bowled yourself, there’s been pro bowlers in the game who throw strike-after-strike-after-strike.

Let’s go down the lane of looking at the best bowlers of all-time. And how we’ll do so today is strictly by going off of who has the most career major titles. There can be arguments on whether or not one bowler is ‘better’ than another depending on the era they bowled in but for this list, it’ll solely be off of the titles.

So, sit back, relax, grab your favorite bowling ball and let’s take this for a spin.

Note: in parenthesis in this list is the number of ‘most career major titles’ according to the Professional Bowlers Association (PBA).

Dick Weber is tied with six other bowlers on this list with four major championships. Weber was the winner of four All Stars.

According to the St. Louis Sports Hall of Fame, “Weber was a founding member and longtime star of the…PBA…His legendary career spanned 50 years and included 26 regular and six senior PBA tour titles and put Weber into both the PBA and the American Bowling Congress (ABC) Halls of Fame. During the 1960s, when bowling was a staple of sports television, Weber emerged as bowling’s most famous personality. His gentlemanly manner and extraordinary skill made him a crowd favorite. Weber was also known as a tireless ambassador of his sport…”

Tied with Weber is Doug Kent. Kent’s got two Masters and two PBA World Championship wins to his name.

Kent, according to Bowl.com, “was a first-team USBC (United States Bowling Congress) All-American in 2002 and 2006. Kent is a member of the Canandaigua, N.Y., and Lake Ontario, N.Y., Halls of Fame and the Rochester, N.Y., Walk of Fame.”

Husted, per Bowl.com, “was inducted into the PBA Hall of Fame in 1996. He won 26 PBA regional titles and was the ninth player to reach $1 million in career earnings. He earned back-to-back Steve Nagy Sportsmanship awards in 1988 and 1989 and was a four-time Bowling Magazine first-team All-American. Husted is a member of the Portland BA and Oregon BA Halls of Fame.”

According to Bowl.com, “Holman won all but one of his 22 Professional Bowlers Association titles between 1975 and 1988…He has bowled in 15 USBC Open Championships and Masters, averaging more than 200. His best finish in USBC competition was fourth in the 1986 Masters.”

With two PBA national championships and two Tournament of Champion titles, Dave Davis comes in next with four major titles, as well.

“In 1965, he won the PBA National Championship, one of the sports “majors.” No southpaw had won a major before that,” NJSports.com stated. “…Dave ended up with 18 career tournament championships, and won multiple titles in a year four times. He also served on the PBA’s Tournament Committee and Executive Board. The 18 wins was tied for 15th all-time at the start of the 2016 season…Dave was inducted into the US Bowling Congress Hall of Fame in 1990. He continued to bowl on the Masters circuit, winning the Senior Masters in 1995 and 1996, and winning events into his mid-50s.”

Get up off the couch and see what Jason Couch won: three Tournament of Champions and a Touring Players Championship.

Couch, per Bowl.com, “made history in 2002 by becoming the only bowler in Professional Bowlers Association Tour history to win three consecutive Tournament of Champions titles. His 16 career PBA titles include four majors – the three TOC victories and the 1993 PBA Touring Players Championship”.

Now, moving from four to six, ladies and gentlemen, here are the top seven bowlers who’ve gotten the most major titles in the sport. Carter got six of ’em. Four All-Stars, a Masters, and a PBA National Championship.

Carter also was one of the trailblazers in the game.

According to Brittanica, Carter was an “American professional tenpin bowler who perfected an inimitable unorthodox right-handed backswing (he bent his elbow) that helped him dominate the game from 1951 through 1964. Carter was a charter member and first president of the Professional Bowlers Association (PBA; founded in 1958). He began bowling as a boy while working as a pinsetter. He built his own lane in the basement of the family home…”

If you’re a casual fan of the sport, you’ve probably heard of this guy: Norm Duke. With seven major titles to his name, Duke is simply one of the best in bowling.

Walter Ray Williams, Jr. piled up eight major titles over his career and Brunswick Bowling would go so far as to call him “(t)he GOAT (greatest of all time)” in bowling.

Get this. Williams, Jr., according to Brittanica’s John J. Archibald (‘Retired Feature Writer, St. Louis (Mo.) Post-Dispatch. Member of the American Bowling Congress Hall of Fame’), is an “American professional bowler who was the first person to earn more than $2 million, $3 million, and then $4 million in prize money from bowling. He was also a champion horseshoe pitcher. Williams joined the Professional Bowlers Association (PBA) tour in 1980 after graduating from California State Polytechnic University at Pomona, where a paper he prepared for a senior science course was an analysis of the motion of a bowling ball during its roll toward the pins.”

Another bowler who had eight major titles is Mike Aulby. First off, if you want to be “the first player to complete the Super Slam”, as the PBA Tour noted, it’d be helpful to have a follow through form like you see from Aulby here as you glide that ball down the lane.

Per Archibald, Aulby is an “American professional bowler who was one of the sport’s leading competitors during the 1980s and ’90s…Aulby joined the…PBA…after graduating from high school and won the first of his 27 PBA titles (tournaments) in 1979. Two of those titles came in doubles tournaments with his brother-in-law, Steve Cook, as his partner. Aulby’s career is notable for the calibre of the championships it included.”

Now, getting to the top three, we’re getting into double digits! Starting out with Pete Weber. Weber has 10 major titles to his name.

According to Ecyclopedia.com, “… Earl Anthony became the overwhelmingly dominant professional bowler of the twentieth century. Sporting a crewcut and horn-rimmed glasses in an age of permed hair and gold chains…the near-mechanical consistency of his form and the deadly accuracy of his shots earned him (the nickname): ‘The Machine.’ There was no better bowler in the 1970s and early 1980s than Earl Anthony.”

Fun facts: According the the News Tribune’s Jon Manley, “Earl Anthony was one of the greatest bowlers of all time. For a time, he was professional bowling’s No. 1 title-winner and its first $1 million man…Anthony originally wanted to become a professional baseball player…a left-handed pitcher, Anthony had a minor league tryout with the Baltimore Orioles’ minor league team.”

Coming in at the top spot on this list is Jason Belmonte with 13 major titles. Let me repeat that: thirteen!

“Since joining the pro tour and being named the rookie of the year in the 2008/09 season, I have always been determined to better myself as a player each year,” Belmonte said per his website. “With each title and accolade I achieve, it focusses me even more to continue to push forward and never be content with where I am…I have been so fortunate to have won titles on 5 continents as both an amateur and professional. The 3 most valuable trophies to me are my first regular tour trophy, my first major trophy and the World Cup. Bowling has taken me all over the world, seen things some only ever read about and met the most amazing people.”

“I was born on the 29th of July 1983 in Orange, New South Wales, Australia and still live there today,” Belmonte said. “My parents built and opened the Orange Tenpin Bowl when I was just a few weeks old and I rolled my first ball when I was 18 months old. That’s the reason I bowl with #2hands, because I was too little in the beginning to use a traditional style. ‘The Bowl,’ as it’s affectionately known to my family and I, is my home. It would be the place where I found who I was meant to be.”

There you have it: the list of professional bowlers with the most major championships in the sport.

Hope you enjoyed this list! Let me know which one of these bowlers (or another bowler not on this list) is your favorite in the comments. And, whether you bowl with bumpers or not, whether you set up a few random objects and try to knock them over with rolled-up paper, crank back, let it rip, and get those strikes!