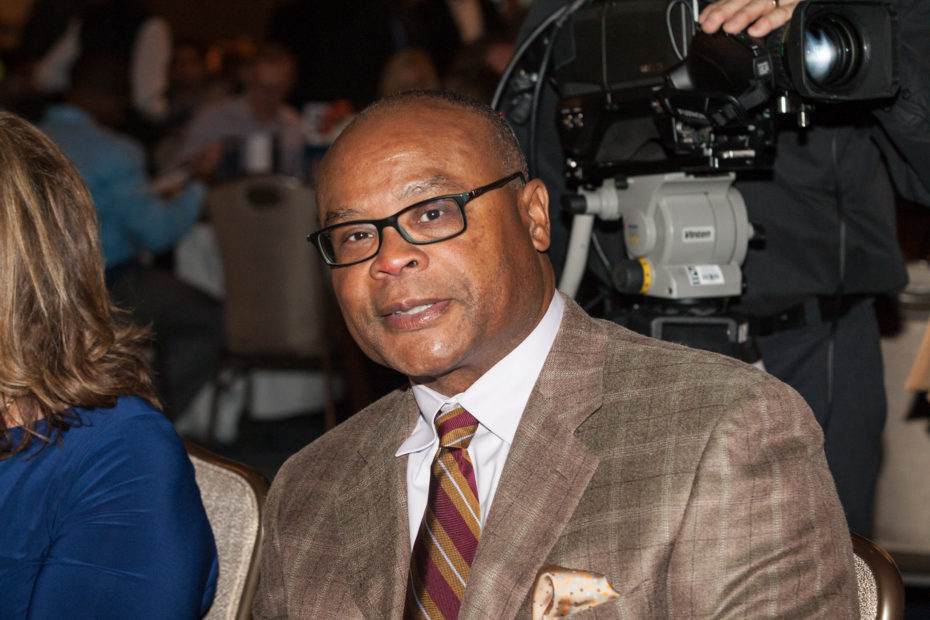 25 of the Best Linebackers of All-Time

Linebackers are some of the most important players on a defense, but the best linebackers of all-time took that statement to an entire new level. They embody and exemplify what it means to be a linebacker in the National Football League and they’ve paved the way for players today.

Some teams roll with three linebackers, some roll with four linebackers, and some even roll with two linebackers. Either way, linebackers are known to be the second line of defense and they each have unique responsibilities depending on where they line up on the football field.

Who Are the Best Linebackers of All-Time?

Throughout the 100-year history of the NFL, many players have tested their talents at the linebacker position and many have failed. On the other hand, some linebackers went on to have an incredible career in the NFL and will forever be remembered as some of the greatest to do it.

The linebackers we list below are generational players that dominated every single offense they lined up against. They were an offensive coordinator’s nightmare and made the opposing quarterback nervous every time they snapped the ball. Without further ado, let’s meet them!

Joe Schmidt was drafted by the Detroit Lions in the seventh round of the 1953 NFL Draft and there was doubt as to whether he would make the roster. 13 years later, the 10-time All-Star, two-time champion, and eight-time All-Pro retired as one of the best linebackers of all-time.

Harry Carson made up one-quarter of the New York Giants’ Crunch Bunch — along with Brian Kelley, Brad Van Pelt, and Lawrence Taylor. He played his entire 13-year career in New York, was team captain for 10 of those years, and was known for drenching his coach in Gatorade.

Sam Huff was drafted by the New York Giants in the third round of the 1956 NFL Draft and was immediately named a starter. The Giants would go on to win the championship that same season and Huff became the first rookie middle linebacker to start in a championship game.

Hall of Fame: no, but he should be

Clay Matthews Jr. often doesn’t get the credit he deserves. He entered the league as the 12th overall pick in 1978 and went on to play 19 seasons in the NFL. He had over 100 tackles in eight different seasons and is the father of another all-time great linebacker — Clay Matthews III.

If it weren’t for Bill George, the middle linebacker position wouldn’t exist in the NFL today — along with the 4-3 defensive scheme. He’s credited as being the NFL’s first true MLB and went on to be named an eight-time All-Star, eight-time All-Pro, one-time champion, and Hall of Famer.

Hall of Fame: too soon, but eventually

The Baltimore Ravens drafted Terrell Suggs with the 10th overall pick in 2003. He played alongside Ray Lewis for 10 years and was one of the scariest linebackers of all-time. He was reliable, he loved tackling guys for a loss, and loved to get after the quarterback consistently.

Willie Lanier was one of the greatest coverage linebackers ever. While he didn’t record a lot of sacks in his career, he recorded at least two interceptions in nine straight seasons. He was one of the first black middle linebackers in NFL history and helped pave the way for players today.

James Harrison was a player that no one wanted to line up against, which is why his ‘Deebo’ nickname is so fitting. He trains like an animal and he plays like one too. He posted career-highs of 16.0 sacks, 101 tackles, 1 safety, and 7 forced fumbles in 2008 and 100 tackles in 2010.

No linebacker has ever been more reliable than London Fletcher. He played 16 seasons in the NFL and never missed a single game in his entire career. He has the second-most career tackles, behind Ray Lewis, and holds the record for most consecutive starts by a linebacker.

Bobby Bell was a seventh round draft choice of the Kansas City Chiefs in the 1963 AFL Draft. He recorded at least one interception in each of his 12 seasons in the NFL and was a nine-time Pro Bowler, six-time All-Pro, one-time Super Bowl champion, and two-time AFL Champion.

Chuck Bednarik was the Philadelphia Eagles’ first overall pick in the 1949 NFL Draft and would go on to spend his entire 14-year career with the team. He made eight Pro Bowl appearances, was named an All-Pro six times, and won two Super Bowls with the Eagles through his career.

Jack Ham was drafted by the Pittsburgh Steelers in the second round of the 1971 NFL Draft and became a mainstay on the team’s ‘Steel Curtain’ defense that won four Super Bowl titles in six years from 1975-1980. He will go down as one of the best outside linebackers in NFL history.

Known as Wildman, Ray Nitschke was a big reason why Vince Lombardi’s Green Bay Packers were so dominant in the 1960s. Nitschke helped them win five NFL Championships, as well as the first two Super Bowls in his 15-year career. Known for his toughness, he was also athletic.

Brian Urlacher was a delight to watch in the 2000s after being drafted by the Chicago Bears ninth overall. He was named Defensive Rookie of the Year in 2000 and Defensive Player of the Year in 2005. He recorded more than 100 tackles in nine seasons — including four straight.

It shouldn’t have taken Kevin Greene over 15 years to be inducted into the Hall of Fame, but that’s how long it took. He recorded double-digit sacks in 10 different seasons and his 160.0 career sacks ranks fourth all-time since 1960. Greene was a quarterback’s worst nightmare.

Junior Seau will go down as one of the San Diego Chargers’ all-time greats. He spent 13 years with the team after being drafted 5th overall in 1990. He recorded more than 100 tackles in 8 of those seasons, including six straight from 1991-1996. He was fearless, consistent, and reliable.

Derrick Brooks was the 28th overall pick by the Tampa Bay Buccaneers in 1995 and would go on to play his entire 14-year career with them. He’s a one-time Super Bowl winner, made 11 Pro Bowl appearances, is a five-time All-Pro, and his 1,300 career solo tackles ranks third all-time.

Ted Hendricks was drafted by the Baltimore Colts in the second round in 1969. He was a regular starter by 1970 and caught five interceptions in 1971. He would do that again in 1974 in his lone season with the Packers before playing an illustrious nine-year career with the Raiders.

Derrick Thomas is one of the greatest pass-rushing linebackers in NFL history. Drafted fourth overall by the Chiefs in 1989, Thomas finished with 10 sacks in his rookie season and 20 sacks the following year (1990) — including 7.0 sacks in a single game, which is a current NFL record.

Jack Lambert is another linebacker mainstay on the Pittsburgh Steelers’ Steel Curtain defense in the 1970s, along with Jack Ham. Lambert recorded six interceptions in two different seasons, as well as four interceptions in 1978. He won four Super Bowls as starting middle linebacker.

Mike Singletary was drafted in the second round of the 1981 draft by the Chicago Bears and went on to play his entire 12-year career as the team’s starting middle linebacker. He’s a 10-time Pro Bowler, seven-time All-Pro, one-time champion, and two-time Defensive POY.

Dick Butkus didn’t even play a decade in the NFL, but made as big of an impact at his position as anyone. He’s one of the most intimidating and fearful linebackers of all-time. Butkus was named to eight Pro Bowls, was a five-time All-Pro, and a two-time Defensive Player of the Year.

To some people, Ray Lewis would be No. 1 on this list. He holds the record for most career tackles and was consistently one of the top linebackers in the league for each of his 17 seasons. He was a vocal leader that played with passion, intensity, and an attention to detail.

The New York Giants were right to draft Lawrence Taylor second overall in the 1981 NFL Draft and he proved why over the next 13 years. He finished with more than 10 sacks in seven straight seasons, including a career-high 20.5 sacks during the 1986 season. His 142.0 career sacks ranks ninth all-time.

Who Are the Best Linebackers in the NFL Right Now?

Of the best linebackers of all-time we listed above, none are currently playing in the league — though 20 of them are in the Hall of Fame and the other five will likely find their way into the Hall of Fame at some point. Of course, that’s not to say there aren’t any good linebackers today.

In fact, the league is full of them and some of them could very well find their way on this list by the time they retire. Von Miller is a great example with 110.5 career sacks in just 10 seasons. He’s already a Super Bowl champion and has been named to eight Pro Bowls in his career.

YOU MAY ALSO LIKE: 25 High Schools With the Most NFL Players