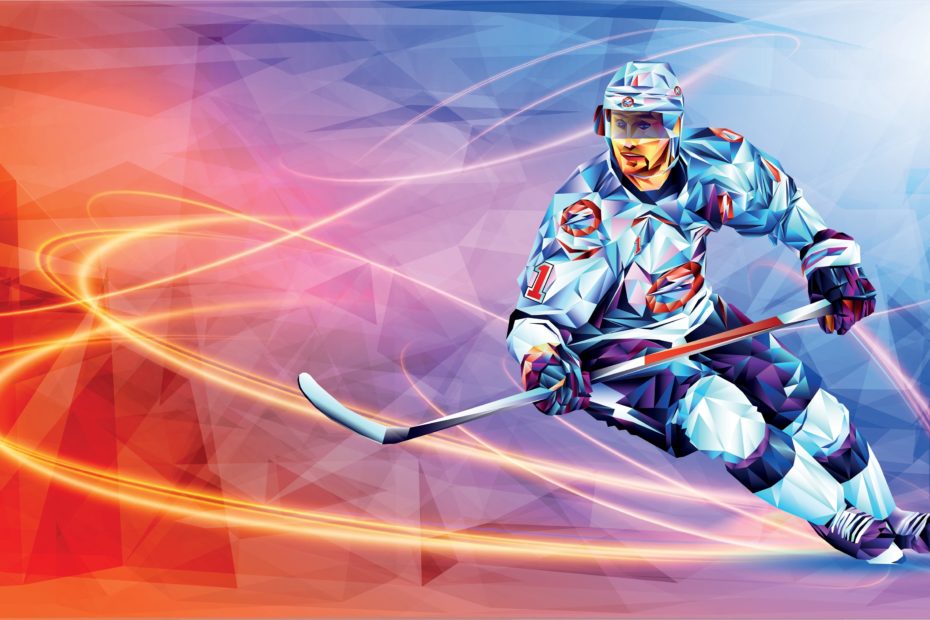 This year’s Winter Olympics are a little different than in year’s past, largely due to the absence of NHL players. That means a majority of the countries will be without their best talent, but don’t let that fool you – we’re still in for some incredible and exciting Olympic hockey this year.

Who Are the Best Olympic Hockey Players Ever?

Olympic hockey players are asked to put it all on the line for their country. While there are three medals at stake, there’s only one that’s deemed as the ultimate prize and that’s the gold medal. The silver and bronze are an honor to win, but there’s nothing quite like winning that gold medal.

We all know that Canada, the United States, the USSR, and Sweden are the four countries that always seem to dominate at the Winter Olympics – they own a combined 59 of the possible 90 medals since 1920. Canada is the true player here, with 13 gold medals and 22 total medals.

With that said, it’s no surprise that some of the best Olympic hockey players of all-time have come from one of those four countries. Some of the names are household names that enjoyed incredible careers in the NHL, but other names aren’t talked about quite as much – until now!

Although Hossa never led his country to a podium finish, he came close in 2006 (fifth place) and 2010 (fourth place). That 2010 finish was a tough one – Hossa finished with one goal and one assist in the bronze medal game, but lost to Finland 3-5. He also played 19 years in the NHL.

Datsyuk has appeared in 29 Olympic hockey games since 2002, scoring 5 goals and dishing 21 assists – his 26 points ranks 21st in Olympic history. After placing in third, fourth, sixth, and fifth place in his first four Olympic games, he finally helped Russia win a gold medal in 2018.

Alfredsson helped lead Sweden to a fifth place finish in his first two Olympic Games. In 2006, Sweden surprised everyone with a gold medal finish before placing in fifth once again in 2010. Alfredsson came close to his second gold medal in 2014, but lost to Canada and took silver.

Known as the ‘Russian Rocket,’ Pavel Bure represented Team Russia at the 1998 and 2002 Winter Olympics. He appeared in 12 games, recording 11 goals and one assist in that time – his 12 points ranks 161st all-time in Olympic history. He was a right-winger known for his speed.

Bure took the world by storm in 1998 when he recorded nine goals en route to a silver medal finish. He led all scorers that tournament, highlighted by his five-goal game in the semifinal against Finland. He returned in 2002 and helped lead the Russians to a bronze medal finish.

Saku Koivu played for Team Finland at the 1994, 1998, 2006, and 2010 Winter Olympics. He appeared in 28 Olympic hockey games, recording 9 goals and 21 assists in that time – his 30 Olympic points currently ranks 10th all-time in the Olympics. He played the center position.

Although Koivu doesn’t have a gold medal to his name, he does have three bronze medals and one silver medal. He won a medal in every Olympics that he appeared in and was a big reason why Finland was so dominant between 1998 and 2010 – that’s why they named him captain.

Nicklas Lidström represented Team Sweden at the 1998, 2002, 2006, and 2010 Winter Olympics. He was Alfredsson’s teammate and captain during that time and appeared in 20 games – recording four goals and 10 assists in that time. He was a quality defenseman.

With fifth-place finishes in 1998, 2002, and 2010, Lidström helped lead Sweden to a gold medal in 2006. That year, he finished with two goals and four assists in eight games, marking the only time he scored more than one goal in the Olympics. His 14 Olympic points ranks 133rd all-time.

Erich Kühnhackl played for Team Germany at the 1972, 1976, and 1984 Winter Olympics. He appeared in 17 Olympic hockey games, recording 16 goals and 15 assists in that time – his 31 points currently ranks seventh all-time in Olympic history. He played the center position.

Kühnhackl is widely regarded as one of Germany’s all-time greats in the hockey and sport world. He helped lead the team to a bronze medal in 1976, though they failed to finish at the podium the other two years. In 1976, he finished the tournament with five goals and five assists.

Valeri Kharlamov was a 5’8’’ forward that represented the Soviet Union at the 1972, 1976, and 1980 Winter Olympics. He appeared in 18 games for the USSR, recording 15 goals and 21 assists in that time – his 36 points currently ranks fourth all-time in Olympic history.

Kharlamov helped lead the USSR to two golds and one silver between 1972-1980. He would’ve achieved much more than that, but was killed in a car accident in 1981 – just one year after his silver medal finish. The NHL’s Kharlamov Award is given to the league’s best Russian player.

Kovalchuk’s 21 Olympic points currently ranks 40th in Olympic history. After placing third, fourth, fifth, and sixth in his first four Olympic games, he finally led the Russians to a gold medal finish in 2018. That year, he was named MVP of the tournament with five goals and two assists.

Peter Forsberg played for Team Sweden at the 1994, 1998, 2006, and 2010 Winter Olympics. He is credited with one of the most famous goals in Olympic history when he scored the game-winning shootout goal against Team Canada en route to Sweden’s first ever gold medal.

In his four Olympic appearances, Forsberg played in 22 games, scored three goals, and dished 17 assists. His 20 points currently ranks 62nd all-time. After winning the gold medal in 1994, Sweden finished in fifth place in 1998 before winning yet another gold medal in 2006 in Turin.

In his five Olympic appearances, Hegen played in 33 games and recorded 16 goals and 7 assists. His 23 points currently ranks 29th all-time in Olympic history and he’s one of just six Olympic hockey players to play in at least 30 games. He played the left wing position.

Jágr began his Olympic career with a bang, leading his team to a gold medal finish in 1998. He then placed fifth in 2002 before returning to the podium with a bronze medal finish in 2006. His final two Olympic appearances didn’t go as planned, but he didn’t have the best supporting cast.

Henrik Lundqvist is the first goalie featured on this list. He represented Team Sweden at the 2006, 2010, and 2014 Winter Olympics. He appeared in 15 games over those three years and only lost three of those games – his 12 career Olympic wins currently ranks second all-time.

Lundqvist’s best performance came in 2006, his first Olympic appearance. He helped lead Sweden to a gold medal finish against Finland. He went 5-1 that year and only allowed 12 goals. After a fifth place finish in 2010, he returned to the podium in 2014 with a silver medal finish.

Harry Watson is a name that doesn’t get brought up much, but it should. He represented Team Canada at the 1924 Winter Olympics – the first ever Winter Olympics. Although he has only played in five Olympic Hockey games, he recorded 37 goals – the most by any player all-time.

In case you read that wrong, Watson scored 37 GOALS in FIVE GAMES, which comes out to more than seven goals per game. Of course, the game was much different back then and competition wasn’t as fierce, but it goes to show just how advanced Team Canada was in 1924.

After leading his team to a silver medal finish at the 1980 Winter Olympics in Lake Placid, Fetisov led the Soviet Union to two-straight gold medals in 1984 and 1988. He returned to the team in 2002 as General Manager and Head Coach, leading the team to a bronze medal finish.

Dominik Hašek is the second goalie to be featured on this list and for good reason. He played for Czechoslovakia at the 1988 Winter Olympics before representing the Czech Republic at the 1998, 2002, and 2006 Winter Olympics. He’s one of the greatest goalies of all-time.

Hašek appeared in 16 games for his country and went 9-5-1 over that span. His nine wins currently ranks sixth all-time. After placing sixth at the 1988 Winter Olympics, Hasek went 5-1 in 1998 to lead the Czech Republic to a gold medal finish. He also won a bronze medal in 2006.

Vlastimil Bubník represented Team Czechoslovakia at the 1952, 1956, 1960, 1964 Winter Olympics. After finishing in fourth, fifth, and fourth place in his first three Olympic appearances, he helped lead Czechoslovakia to a bronze medal finish in his final appearance in 1964.

Bubník appeared in 28 Olympic hockey games in his career and recorded 22 goals and 15 assists in that time. His 37 points is currently the third-most all-time. Believe it or not, he also played professional football (soccer), scoring four goals in 11 international appearances.

Vladislav Tretiak represented the Soviet Union (USSR) at the 1972, 1976, 1980, and 1984 Winter Olympics. The Soviets were difficult to stop with him in net, winning three gold medals and one silver medal with him on the roster. He’s the greatest Olympic goalie of all-time.

Tretiak was so dominant that he appeared in 18 games and went 16-0, never losing a game. His 16 wins is the most of any goalie in Olympic history and did so by allowing just 1.92 goals per game. He was Russia’s GM in 2010 and is the president of the Ice Hockey Federation of Russia.

Teemu Selänne is the greatest Olympic hockey player of all-time. He represented Team Finland at the 1992, 1998, 2002, 2006, 2010, and 2014 Winter Olympics. He’s the only hockey player to appear in six different Olympics and holds the record for most games with 37 games played.

That’s not the only Olympic hockey record he owns. He also has the most points in Olympic history, recording 24 goals and 19 assists (43 points) between 1992 and 2014. The only thing he didn’t accomplish was a gold medal, but he does have three bronze and one silver medal.

Olympic Hockey Players to Watch in 2022

The COVID-19 pandemic has ruined a lot of things in the past few years and the 2022 Winter Olympics are no different. While the Winter Olympics are still happening this year and ice hockey will certainly be a part of it, there will be absolutely no NHL players on the ice.

The NHL made the announcement in December and it was met with a lot of criticism from diplomatic officials, players, coaches, and fans. Without the world’s best talent, the rosters will look a lot different than what many people expected and it won’t be as enjoyable as year’s past.

With that said, we’ll get to see a lot of the best young talent. Team USA and Team Canada have already announced their rosters and they include Owen Power, Mason MacTavish, Devan Dubnyk, Tyler Wotherspoon, Brian O’Neill, Nathan Smith, Strauss Mann, and Jake Sanderson.