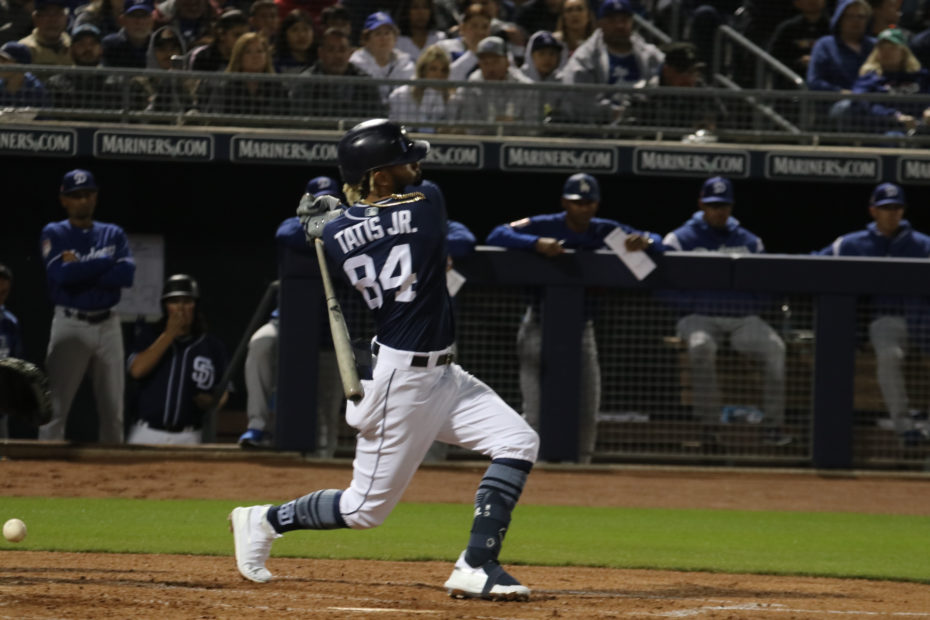 The best players in the MLB are instrumental in the continued growth and development of the game of baseball. They’re the reason fans tune in every night, the reason why some teams are so successful every year, and they act as role models for young baseball players everywhere.

The MLB, also known as Major League Baseball, just finished its 145th season since the formation of the National League in 1876. The 2021 season was one for the history books as we witnessed the best players in the league put on some incredible performances night after night.

We saw the 20,000th player make their MLB debut (José Godoy), we saw a player start the MLB All-Star game as a pitcher and batter (Shohei Ohtani), we saw seven no-hitters (nine if you count joint no-hitters), and we saw the 2 millionth run in the history of the MLB on May 29, 2021.

Who Are the Best Players in the MLB?

The best players in the MLB are those that exemplify greatness every time they step foot on the field – whether they’re a pitcher, infielder, outfielder, or designated hitter. The best players give their team a winning chance every night and are often the heart and soul of their team.

They know how to hit the ball deep, they rack up RBIs like it’s going out of style, they score runs early and often, and they’re always making big plays on defense. They’re difference makers both on and off the field, giving their city everything they have to give on a nightly basis.

If you tuned into the 2021 season, you know that Shohei Ohtani (AL) and Bryce Harper (NL) were named season MVPs. Robbie Ray (AL) and Corbin Burnes (NL) were the Cy Young winners. Don’t worry, all four of those players are featured on our list of best players in the MLB!

In his first full season with the New York Yankees, Gerrit Cole played as well as anyone and was named to the All-MLB team as a result. He finished with the most wins in the AL, was second in Cy Young voting, 15th in MVP voting, and made his fourth All-Star appearance.

Before the 2021 season, Julio Urias hadn’t started more than 15 games in a single season – doing so as a rookie in 2016. That’s what makes his 32-start season so incredible, especially considering he led the majors in wins and win-loss percentage with an impressive 20-3 record.

After finishing the shortened 2020 season with a .195 batting record, Matt Olson returned to form in 2020 with career-highs in hits, batting average, home runs, runs batted in, runs, doubles, stolen bases, and walks. He was eighth in MVP voting and made his first All-Star appearance.

Paul Goldschmidt has finished in the top-20 of MVP voting every year since 2015, so it’s no surprise that he finished sixth this season and earned his fourth Gold Glove award. His 177 hits ranked seventh in the league and he hit at least 30 home runs for the sixth time in his career.

Tyler O’Neill burst onto the scene this season with career-highs in every major statistical category. He earned his second-straight Gold Glove award and finished eight in MVP voting after hitting 34 home runs – he hit just 21 over the past three years. He’ll only get better!

In just his third major league season, Bryan Reynolds is establishing himself as one of the best outfielders in the league. He led the league with eight triples and his 24 home runs, 90 RBIs, and 93 runs are career-highs. He finished 11th in MVP voting and made his first All-Star appearance.

Mitch Haniger has improved every year since making his debut in 2016. This past season, he finished in the top-10 with 39 home runs and 110 runs scored. He also ranked 18th in the league with 100 RBIs and finished 20th in MVP voting. All he needs to do is work on striking out less.

Aaron Judge hasn’t looked the same since his incredible 2017 season, but he’s still one of the best players in the league. He ranked in the top-10 with 39 home runs, earned his third All-Star appearance, finished fourth in MVP voting, and earned his second career Silver Slugger award.

Walker Buehler led the league in games started by a pitcher, was the Pitcher of the Month in July, and finished the season as a member of the All-MLB team. He was fourth in Cy Young voting and made his second All-Star appearance. He’s now 31-8 over the past three seasons.

Max Scherzer recently became the highest-paid player in the league when he signed a massive deal with the Mets a few weeks ago. This is following a season where he led the league in WHIP, finished 14th in MVP voting and 3rd in Cy Young voting, and was named an All-Star.

Robbie Ray had an incredible year, despite his record not being as good as some other pitchers on this list. He led the league in strikeouts and led the AL in ERA and innings. He won the AL Cy Young award, was the Pitcher of the Month in August, and was named to the All-MLB team.

Brandon Crawford has been one of the most consistent and reliable players on the Giants’ roster over the past decade, which is impressive with a name like Buster Posey on that roster. In 2021, Crawford was an All-Star, won a Gold Glove award, and finished fourth in MVP voting.

Trea Turner had an extremely impressive 2021 campaign. Despite splitting time with the Nationals and Dodgers, he led the league in stolen bases, batting average, hits, and total bases – despite only playing 148 games. He finished fifth in MVP voting and was named an All-Star.

Salvador Perez is one of the best catchers in the league, alongside Buster Posey of the Giants. Perez finished the 2021 season as the league-leader in home runs and runs batted in. He was an All-Star, won a Silver Slugger award, and was named to the All-MLB team at season’s end.

Bryce Harper finished the 2021 season with his second MVP award and first since 2015. He led the league in doubles and slugging percentage. He also won the Hank Aaron award, a Silver Slugger award, and was named to the All-MLB team. It was quite the season for the outfielder.

Fernando Tatis Jr. continues to solidify himself as one of the best players in the league. He was the Player of the Month in May, led the NL in home runs, won a Silver Slugger award, was an All-Star, and finished third in MVP voting. Oh yeah, he did it all while playing in just 130 games.

Corbin Burnes has only been in the MLB for four years and has already cemented himself as one of the best players in the world. He tied a record with 10 straight strikeouts, pitched a no-hitter with teammate Josh Hader, and won the Cy Young award. It was quite the season!

Jose Ramirez finished the 2021 season with more than 100 runs and RBIs for the second time in his career. It was also the second time he finished with 35+ home runs and fourth time with 20+ stolen bases. He was an All-Star for the third time and finished sixth in MVP voting.

Zack Wheeler is coming off a season where he led the league in complete games and shutouts, as well as leading the NL in strikeouts and innings pitched. He was an All-Star, was named to the All-MLB team, finished second in Cy Young voting, and finished 19th in MVP voting.

Marcus Semien led the league in games played (all 162 games) and plate appearances – the second time he has done so in his career. He set career-highs in home runs, RBIs, and stolen bases. He won a Gold Glove, Silver Slugger, was an All-Star, and finished third in MVP voting.

Vladimir Guerrero Jr. is the most exciting young player in baseball. He led the league in home runs, runs scored, and total bases. He won a Silver Slugger and Hank Aaron award, was an All-Star, and finished second in MVP voting. He’s the youngest player to hit 48 home runs.

Juan Soto led the league in walks and on base percentage – he got on base 47% of the time. He set career-highs in hits and runs scored, was an All-Star, won a Silver Slugger award, and finished second in MVP voting. He ended up receiving six first place votes for the MVP award.

Shohei Ohtani is the most versatile player in the game right now and the only true two-way player. He became the first player to finish a season with at least 45 homers, 25 stolen bases, 100 RBIs, 100 runs, and eight triples. Ohtani both pitched and batted in the All-Star game.

Who Are the Best Players in MLB History?

The best players in the MLB are helping to move the game forward, but none of that would be possible if it weren’t for the best players in MLB history. They’ll forever be remembered for their dedication to the sport and are the reason why fans fell in love with the sport 100+ years ago.

YOU MAY ALSO LIKE: 20 of the Best College Baseball Teams Ever

Every year, we witness a new wave of players that write their name among some of the best players in the league. We might not have any baseball action to enjoy until Spring 2022, but at least we have the players above to reminisce about until the 2022 season finally begins.