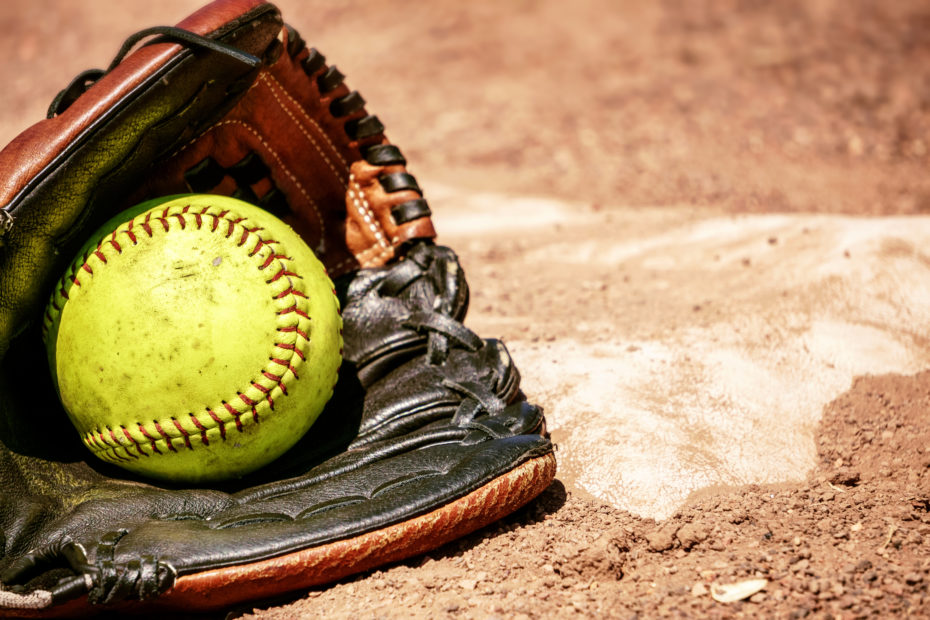 25 of the Best Professional Softball Players of All-Time

Softball might not be one of the most popular sports in the world today, but the best professional softball players helped bring recognition and interest to the sport. They were some of the biggest stars the softball community has ever witnessed and achieved greatness where few ever did.

The history of softball dates back to 1887 when Harvard and Yale students invented the concept of the sport. By 1926, the sport was officially named ‘softball’ and by 1934, the Joint Rules Committee on Softball started to create a uniform set of standardized rules for the sport.

RELATED: 25 Athletes Who Went On to Be Successful Elsewhere

Who Are the Greatest Professional Softball Players Ever?

Outside of the Olympics, the United States has been a major player in the professional softball community. In 1997, the Women’s Pro Softball League (WPSL) was formed, but eventually folded in 2001. The league was revived in 2004 with a new name, National Pro Fastpitch (NPF).

The COVID-19 pandemic and the Olympics resulted in the 2020 and 2021 NPF seasons being cancelled. After a two-year hiatus, pro softball is coming back to the United States in 2022 with the creation of Women’s Professional Fastpitch. As a result, the NPF will be disbanded.

Throughout the history of professional softball, several female athletes have established themselves as some of the greatest to ever play. Whether they were featured in the Olympics, the NPF, the WPSL, or a combination of all three, they were some of the best we’ve ever seen.

Let’s take a look at 25 of the greatest professional softball players of all-time.

Stacy May-Johnson played third base and shortstop during her four-year college career at Iowa. She competed in the NPF for five years and was named MVP twice – once in 2008 and once in 2010. She also won a Gold Medal representing the United States at the 2011 Pan-American Games in Guadalajara.

Christa Williams was a right-handed hitting pitcher that played three years in college for Texas and UCLA. She went 4-0 in the Olympic Games for Team USA, winning back-to-back Gold Medals in 1996 and 2000. She then spent three years in the NPF, going 42-19 with a 1.03 ERA for the Texas Thunder.

Lisa Norris was a pitcher that enjoyed an illustrious four-year college career at North Carolina, including being named First Team All-ACC twice. She played several seasons in the NPF and was named NPF Pitcher of the Year twice – once in 2009 and again in 2010. She has since taken her talents to the coaching side of softball.

Brittany Cervantes played catcher for four seasons at Kentucky, where she hit at least 10 home runs each season. She knew how to win at the professional level, winning four NPF titles in a five-year span – including three consecutive championships in 2015, 2016, and 2017. She was also NPF Offensive Player of the Year in 2015.

Kristen Butler played four seasons with the Florida Gators and was named SEC Player of the Year in 2006. Although she went undrafted following her college career, she eventually signed with the NPF and currently ranks third in RBIs and fourth in home runs in NPF history. She was a four-time NPF All-Star.

Kelly Kretschman was an outfielder that played four years of college ball at Alabama, where she has the most doubles and total bases in campus history. At the Olympics, she won a Gold Medal in 2004 and a Bronze Medal in 2008. She spent more than 13 years in the NPF, where she ranks first all-time in RBIs, doubles, and hits, and second-all-time in home runs.

Caitlin Lowe was a winner at all levels. She spent four years playing college ball at Arizona, where she won back-to-back College World Series titles in 2006 and 2007. The following year, she won a Bronze Medal at the 2008 Olympics. She then spent six seasons in the NPF, winning three titles for USSSA and being named Player of the Year in 2012.

Not many female athletes could hit the ball like Megan Wiggins. She’s entering her 11th season in the NPF and ranks first all-time in home runs with 84 (the next closest is Kretschman with 55) and triples with 18 (double what the next closest player has). She also ranks second all-time in RBIs, doubles, and hits – she will likely move up to first by the time she retires.

Sarah Pauly was a pitcher that played four years at Texas A&M–Corpus Christi, where she owns every pitching record. She threw nine no-hitters for A&M. She then spent 10 years in the NPF, where she ranks first all-time in innings pitched, games played, and games started. She also ranks second in wins and complete games, and third in strikeouts and shutouts.

Laura Berg played four seasons at Fresno State, winning one championship and holding campus records in hits, triples, runs and stolen bases. Between 1996 and 2008, she won a total of 10 Gold Medals and one Bronze Medal – including three consecutive golds for Team USA at the Olympics. She’s a USA Softball Hall of Fame inductee.

Also known as the Big Bruiser, Crystl Bustos was a power hitter that wasn’t scared to go deep. She won five Gold Medals in her career (2 Olympic Golds), took first place in the 2006 and 2007 World Cup, and won a title with the Akron Racers in the NPF. In the NPF, she ranks first all-time in slugging percentage and batting average, and 10th in home runs.

Tanya Harding is an Australian professional softball player that played in four consecutive Olympics for her country. Though she never won a gold – due to the dominance of Team USA – she did win three bronze medals and one silver medal. She’s one of the best pitchers of all-time and perhaps the greatest Australian softball player ever.

Sue Enquist had a legendary four-year college career at UCLA, where she led the team to its first World Series and was the school’s first All-American. She then found success in the Amateur Softball Association, where she won four titles. She started her coaching career with UCLA and led them to 10 national championships over the next 20+years.

Natasha Watley had a successful four-year college career at UCLA and led them to a World Series in 2003. She then won a Gold Medal with Team USA at the 2004 Olympics before beginning her NPF career in 2005. She currently ranks first all-time in batting average, third in hits and stolen bases, and tied for second in triples.

Stacey Nuveman-Deniz played catcher for UCLA and helped lead the team to a championship. Between 2000 and 2008, she won two Gold Medals and one Bronze Medal with Team USA at the Olympics. She was the 2002 USA Softball Collegiate Player of the Year, a four-time All-American, and she’s currently a coach at San Diego State.

Monica Abbott played four years of college ball at Tennessee, where she finished her career as the DI leader in wins, strikeouts, shutouts and innings pitched. She won two Silver Medals for Team USA at the Olympics, played professionally in the NPF, and had a stellar career overseas in the Japan Softball League.

Lauren Chamberlain was an infielder that played four years of college ball at Oklahoma, leading the team to a title in 2013. She ended her college career as the all-time leader in home runs and slugging percentage. In 2015, she was drafted first overall in the NPF and played four seasons, winning a title in her first season.

Joan Joyce did it all in the world of sports. She not only played professional softball, but was on the LPGA tour, played volleyball, and played basketball. As a softball player, she played for the Raybestos Brakettes and the Orange Lionettes of the ASA. She holds numerous records in the ASA and even holds records in other sports. She was a pioneer for female athletes.

Cat Osterman found success everywhere she went in pro softball. She had a 136-25 record in four years of college ball at Texas, a 74-5 record with Team USA over nine years, a 95-24 record in the NPF, and a 17-5 record in the Athletes Unlimited Softball league. She’s one of the greatest pitchers of all-time, winning a Gold Medal and two Bronze Medals in the Olympics.

Lisa Fernandez was a third baseman and pitcher during her four years at UCLA. She was a four-time All-American and led the team to two national championships. She also helped lead Team USA to three-straight Gold Medals at the Olympics. During her Olympic career, she went 7-1 as a pitcher and batted .302 with three home runs, 15 RBIs, and 10 runs scored.

Jennie Finch is one of the more recognizable superstars in the softball community. She played four years of college ball at Arizona, where she helped lead the team to a championship in 2001 with a 32-0 pitching record. At the Olympics, she won a Gold Medal in 2004 and Silver Medal in 2008. She was successful as both a pitcher and batter.

Dot Richardson not only had a successful softball career, but is also an orthopedic surgeon. She was a shortstop that played four years of college ball at UCLA, leading the team to the inaugural championship in 1982. She had a successful career in the ASA and helped lead Team USA to back-to-back Olympic Gold Medals.

Who Are the Best College Softball Players in 2022?

With the creation of the WPF in 2022, professional softball will continue its emergence in the world of pro sports. While that’s good news for the female athletes that saw their 2020 and 2021 seasons cancelled, it’s also good news for all the incredible college softball players of today.

YOU MAY ALSO LIKE: Arm Wrestling: Who’s the Best At It?