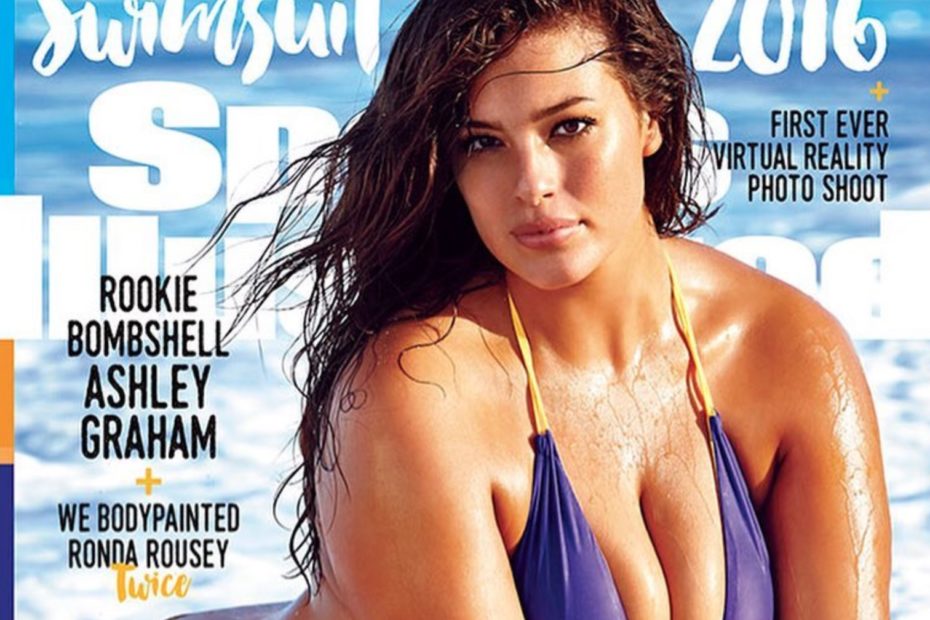 33 of the Best ‘Sports Illustrated’ Swimsuit Photos From Years Past

While many use Sports Illustrated magazines to catch up on the latest and best stories in the world of sports, fans of the magazine also look forward to the swimsuit issue that comes out annually. In recent years, the SI Swimsuit issue has done its best to celebrate women from all walks of life and who come in all shapes and sizes.

So in honor of the most recent 2020 Swimsuit addition having just been released, we are grabbing some of the covers from years past to admire the beautiful women who have graced them. Do you have a favorite cover that comes to mind?

Here are some of the latest shots as Sports Illustrated gears up for its 2022 campaign:

Here are 26 of the best Sports Illustrated Swimsuit covers from years past.

Model Ashley Graham, who recently became a mom for the first time, was one of the swimsuit cover models for the years 2016. And how stunning does she look? What’s even better is that she was the very first plus-size model to be featured in a SI Swim issue and on the cover. How awesome is that?

According to Sports Illustrated, when Judit Masco stunned on the cover of their 1990 issues, it launched them into “the iconic era of supermodels”! Amazing!

Okay, this may not have been the cover, but this Sports Illustrated photo deserves some respect! The athleticism is out of this world!

In 2017, Kate Upton graced the cover of the sports magazine. But she didn’t just have one cover, nope, she had three. Upton also became a mom for the first time not too long ago and you might recognize her husband as well. He’s one of the pitchers for the Houston Astros, Justin Verlander.

Ronda Rousey stunned on the 2016 cover of Sports Illustrated and get this, she’s not even a model. Rousey is a, now retired, professional mixed martial artist turned WWE wrestler. And believe it or not, the swimsuit Rousey is wearing on the cover isn’t a swimsuit at all. It is actually paint! Wild!

Prior to landing the 2020 cover, Jasmine Sanders was named the 2019 Rookie of the Year. And she’s not just beauty, as Sports Illustrated writes, Sanders is committed to “fighting for social justice. She uses her platform to provide resources on actions that can be taken—how to donate, sign petitions, and more—to educate her fans, all the while sharing her experience as a Black woman in America.”

For the special 2007 music issue, none other than Queen Bee herself graced the cover of the magazine. In fact, if our sleuthing serves us correctly, she’s the only pop star to have ever graced the cover of Sports Illustrated. That’s a feat in an of itself.

Also to land the cover in the year 2020, Olivia Culpo. The model has been featured in three issues now, but she didn’t start out her career as a model. Culpo was actually a fan-favorite when it came to the pageant scene. And to make it all the more impressive, Culpo was the 8th American in history to win Miss Universe. You may also recognize her boyfriend, who is a running back for the Carolina Panthers, Christian McCaffrey.

What’s better than one cover model? Two cover models. Check out this SI cover from 1976 which features twins sisters Yvette and Yvonne Sylvander. Talk about a throw back.

And what’s better than two cover models? How about three? This year, the magazine put out four variations of their magazine, each one sporting one of four cover options. For this cover option, all three of the chosen cover models posed together. According to Sports Illustrated, it’s the first time the magazine has ever done something like this. “Not only are we giving you one cover showcasing these extraordinary and empowering women together, but we also have three additional covers, one of each model individually. This marks a first for the brand: three powerful women. Four incredible covers. One groundbreaking issue.”

In 2006, Sports Illustrated picked eight of its top swimsuit models and featured all 8 of them at once on their cover. All of them rocked some version of a white bikini.

In 2009, Bar Refaeli graced the cover of the sports magazine. According to its Instagram page, Refaeli has had more than 30 photos featured in Sports Illustrated Swimsuit editions.

While 2020 was the first time the magazine ever featured four variations of the cover, three covers were produced to celebrate the 50th anniversary of the Sports Illustrated Swimsuit edition. This one featured Chrissy Teigen, Nina Agdal, and Lily Aldridge.

What a year 2014 was for model Nina Agdal who was not only featured on the main cover for the 50th anniversary edition, but she also graced the cover of the magazine’s “Extra” edition which featured 100 never-before-seen photos from that years photoshoots.

And the third variation from 2014 featured Kate Upton. From 2013 to 2017, Upton has been featured on the cover three times! What an amazing feat!

See, we told you! This was Upton’s second-ever cover photo at just 20 years old. Her first cover photo was in 2012 when she was only a teenager. Talk about early success.

Again, this may not have been a cover photo, but maybe it should have! This Sports Illustrated has become super iconic for the brand and in society itself!

Nine years before gracing the cover of SI for a second time, Kate Bock landed her first SI feature. As the magazine reported, she was “was driving through her hometown, Vancouver, when she got the news.” It would be several months after that that she would become the 2013 Swimsuit Rookie of the Year. And we’re sure this won’t be the last we’re seeing of Bock.

In 2015, Hannah Davis graced the cover of Sports Illustrated’s Swimsuit edition. The year after she would marry legendary baseball player Derek Jeter. They are now the proud parents of two beautiful little girls.

Following in Tyra Banks’ and Beyonce’s footsteps, Danielle Herrington became just the third African American model to grace the cover of Sports Illustrated in 2018. The honor was given to her just one year after her SI debut in 2017, which, get this, was her first-ever modeling gig. Talk about knocking it out of the park on the first swing!

Alex Morgan’s first job isn’t model but you’d never know it looking at her 2019 SI cover. Morgan is actually an Olympic gold medalist and soccer superstar. Not to mention, she recently became a mom for the first time in 2020.

After being featured in Sports Illustrated five times, she was given the honor of being its cover model in 2011. And while that may have been her only SI cover, Shayk has graced the coveted cover of Vogue 31 times. Wow!

According to Sports Illustrated, Hailey Clauson “got her start in modeling at age 14 and appeared in Jay- Z’s video ‘Empire State of Mind’ video in 2009” before landing the cover in 2016!

As the second of three 2019 cover models, this is Camille Kostek’s first SI cover photo. You may also know who her boyfriend is. He’s best known for being Tom Brady’s right-hand man on the football field, Rob Gronkowski.

Which of these cover photos is your favorite? And did we miss one you think should have made the list? Let us know!