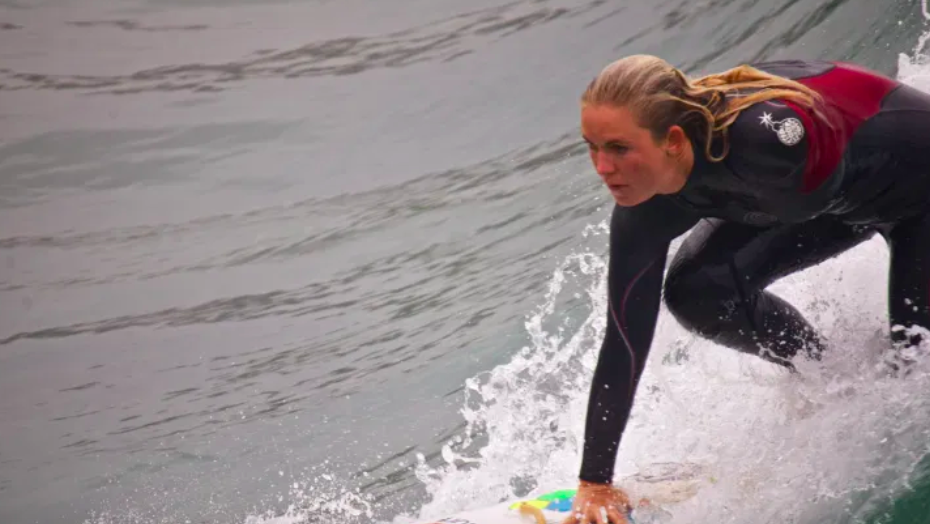 The 10 Best Surfers Of All Time

It’s summer time. You know what that means. Sun’s out, surfs up.

As the waves crash to shores around the world, why not see who some of the best surfers who’ve ever grabbed a board and headed to sea are.

There’s more incredible surfers out there, so shout out to everyone who rides the waves as it’s such a difficult, sometimes dangerous, and athletic sport. Hopefully you’ll enjoy this list, seeing who’s got the most dubs in the sport from the international stage, or in this case, waves.

Now, ladies and gentlemen, without further ado, here are:

The 10 Best Surfers Of All Time:

RELATED: Surfer Bethany Hamilton Opens Up ‘About Mom Life With One Arm’

You can’t not have a top surfer list without Hamilton on here. She’s overcome so much throughout her life. Most notably was a shark attack.

“At the age of 13 as a rising surf star, Bethany lost her left arm to a 14-foot tiger shark, which seemed to end her dream career. However, one month after the attack, Bethany returned to surfing and within two years had won her first national surfing title. Bethany’s foundation of faith has been her backbone; her source of truth, hope, and strength.”

If you become a pro surfer after being attacked by a shark, c’mon, you are succeeding at life!

“Even when I was attacked by a shark at 13 and lost my arm I’ve been stable in my mind and beliefs,” Hamilton said per her site. “Despite the challenges life has thrown at me I’ve done so much more in my life than I ever could have imagined – From outscoring some of the world’s best female surfers, to having movies like Soul Surfer made about me, and going around the world to talk to thousands of amazing people. Today I’m a wife, mom of three beautiful healthy boys, and this truth is still the same. God loves me, and being a professional surfer is my calling. The strength, identity and foundation of my life is in the faith that God has given me. With God I am unstoppable! I have been able to overcome some of the most challenging obstacles because of the grace of God and because of His plan.

“I know life can be hard, but I’ve learned that we can rise above even the biggest challenges
and fears. No matter where you’ve come from, or what you’re facing, you are loved by God, and you can overcome.”

“…clinching his first world title at Sunset Beach (2002) in dominant fashion…(t)his sparked inarguably the greatest surfing rivalry of all time, as Irons went head-to-head with (Kelly) Slater and came out on top three years in a row,” the Andy Irons Foundation stated. “As surf historian Matt Warshaw noted, ‘Andy Irons was the only worthy rival to the greatest surfer who’s ever set foot on a board.'”

While his incredible accomplishments in the surf world are remembered, his life is also remembered and honored through the foundation named after him.

“As talented as he was, all was not always well with Irons. He suffered from bipolar disorder, which had been diagnosed by his family doctor when he was 18 but not made public until later…A months-delayed autopsy revealed the surfing star had died from a combination of a heart attack and drugs in his system, including medications for his bipolar disorder as well as cocaine, methamphetamine and methadone.”

Irons’ legacy lives on as the foundation aims to helps others.

The Andy Irons Foundation states: “By focusing on impactful, community-based programs that address debilitating conditions like mental illness, addiction and learning disabilities, we strive to create a world where no child struggles alone…Irons passed way too soon in 2010, en route back to Kauai after withdrawing from a world tour event in Puerto Rico…The Andy Irons Foundation exists to help others with some of the personal challenges Andy never addressed himself.”

If you’d like to donate to the foundation, you can do so here.

World Surf League’s Jake Howard noted this year that “February 13 is Andy Irons Day in Hawaii. Officially recognized in the Islands to celebrate the life and accomplishments of the three-time world champion from Hanalei, Kauai. Memories of Andy come in flashes and waves. They come in bits and pieces. Like well-edited YouTube montages popping up in the mind’s eye every so often…”

If you want to learn from a four-time world champion, you can. Zamba’s Instagram bio states that she’s a “professional surf coach. All levels, all ages. ‘Your location or mine’.”

Straight up! Wherever you’re at in the world, you can learn from someone who’s been there, done that. Four different times.

According to the Surfing Walk of Fame, “Zamba rose to the top of the surfing world against all odds. Born and raised surfing the mediocre conditions of Flagler Beach on the East Coast of Florida, Zamba trained at an early age to become one of the most accomplished surfers ever. Besides winning the title in 84, 85, 86, and ’88, Zamba holds an ASP women’s tour record for finishing the circuit in three for six straight years…She credits much of her success to the constant support she received aIong the way from her husband, manager, shaper, and coach, Rea Shaw.”

From the surfboard to motherhood, she’s now, per her Instagram bio, “Mum of Jessica and Ethan”.

Wit four World Tour wins to her name, “(h)er feminine style and athleticism laid the foundation for modern women’s surfing in the 1990’s, and she’s still carrying the torch forward as our (Roxy) worldwide ambassador” per Roxy.

The best moment in her career:

With five world championships to his name, Young fittingly crashes in to this list at numero cinco.

And when you’re one of the best surfers to ever ride a board, listen up!

“Give respect to gain respect,” Young said according to Surfer. “Whether it’s towards a wave, a woman, or someone of a different race, you have to be respectful. This is even more important now, as there are more people surfing and more people on the planet.”

When you win six world championships, it’s only right to have a board named after you. A lot of boards. Just call Mark Richards the Michael Jordan of surfing. Not just because of the six titles but because of the name brand, as well. Succeeding at the sport and having an important piece of equipment in the sport (whether that be sneakers with hoops or a surfboard with surfing) named after you.

You can see a bunch of Mark Richards’ boards on his Instagram page.

She’s not only a world surfing champion, she also, per her site, “(led) the WSL to achieve equal pay for women – one of the first international sporting organisations to do so. She’s an advocate for ocean health and loves to spend time with the next generation of surfers at initiatives such as the ‘Rising Tides’ at WSL tour events. In 2021 Stephanie is set to represent Australia and surfing, for its debut appearance in the Tokyo Olympic Games.”

A fitting name for a sport where Layne Beachley excelled in near beaches throughout the world.

“Layne Beachley AO is regarded as the most successful female surfer in history. Layne’s dedication to success saw her as the only surfer, male or female, to claim six consecutive world titles between 1998 and 2003. Layne went on to win a 7th world title in 2006 before retiring from the ASP World Tour in 2008. In retirement, Layne spends her time travelling nationally and internationally as a motivational Keynote speaker for some of the world’s top commercial firms, sharing her stories about sustaining success, overcoming challenge and maintaining a winning mindset.”

While having success on a surfboard, she also started a foundation hoping other girls can have success in the sport, as well.

“The Layne Beachley Foundation ‘Aim for the Stars’ was founded by Layne to prevent girls and women alike from enduring the same amount of adversity and financial hardship as Layne encountered to becoming a world champion surfer,” her website states. “Rated number 2 on the world tour, Layne had to work 4 jobs, up to 60 hours a week while training, surfing and aspiring to become the best in the world. Layne’s desire is to encourage, enable and empower girls and women to believe in themselves, invest in their future and fulfill their potential.”

Ladies and gentlemen, the best surfer in the world (in regards to world surfing wins) and the only surfer in history with double-digit world championship titles is Kelly Slater.

According to Brittanica.com’s Phil Jarratt, “American professional surfer widely considered the greatest surfer of all time. He earned the title of world champion an unprecedented 11 times, including a record five times consecutively (1994–98), and he was also the all-time leader in event wins. The son of a bait-store proprietor, Slater grew up near the water, and he began surfing at age five. By age 10 he was winning age-division events up and down the Atlantic coast, and in 1984 he won his first age-division United States championship title.”

It’s also evident how passionate Slater is about protecting the ocean. God’s natural creation, the ocean, composes most of the Earth. It’s so important to protect Earth’s natural resources, including…the ocean.

“The ocean unites us all, and it’s our shared duty to protect it,” Outerknown (a ‘sustainable clothing brand’ started by Slater per its website) said in a tweet that Slater retweeted. “At Outerknown, we don’t just talk about how much we love the ocean. We put our values into action by making our products with the most responsible materials…”

It’s not only these surfers’ home arena, where they do their thing, it’s essential to you, to me, to…this world.

Thank you for reading this list. Hope you enjoyed it and learned something new. Whether you get out and surf, go for a walk, go to your local park, why don’t you go out and do something in nature today!