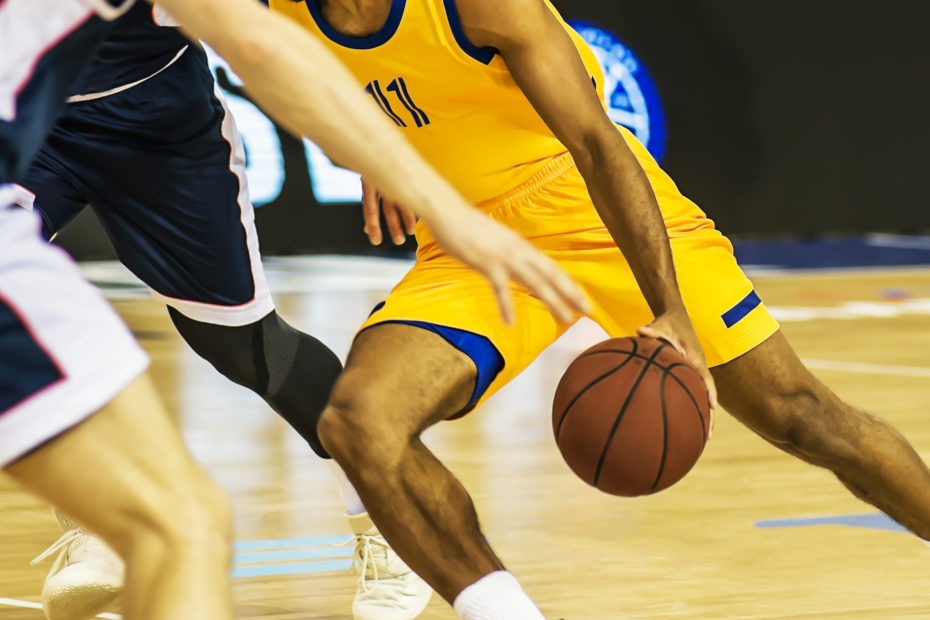 The 16 Biggest Upsets of March Madness So Far

College basketball wouldn’t be what it is today if it weren’t for the biggest upsets of March Madness ruining everyone’s bracket year-in and year-out. It’s the love-hate relationship we all have with the NCAA Tournament and it’s something that isn’t going anywhere anytime soon.

On one hand, we love to see the underdog prevail. On the other hand, we want our brackets to do well. It’s the double-edged sword known as March Madness and we’re 100% here for it. It’s one of the most entertaining months in all of sports, which is crazy considering their amateurs.

With that said, don’t expect an amateur style of play when watching March Madness. These are some of the best young basketball players in the world and they’re all competing for the same prize – a trip to the NCAA Tournament Final and an opportunity at cutting down the coveted net.

RELATED: Basketball Memes That Will Have You Pumped for March Madness

Ranking All the Biggest Upsets of March Madness So Far

The 2022 March Madness tournament has been nothing short of exciting. There have been a total of 16 upsets out of a possible 48 games through the first two rounds. The Sweet Sixteen is currently scheduled for four games on March 24th and four more games on March 25th.

With the amount of upsets we’ve witnessed so far, it would come as no surprise to see more of that in the coming rounds. Of the 16 teams currently standing, four of them are seeded No. 10 or higher – including a No. 15 seed. We’ve seen one No. 1 seed and two No. 2 seeds knocked out.

As we await the next round of action, we’re going to take some time to rank out all the 16 biggest upsets of March Madness thus far. Some of these teams are still in the dance and have an opportunity at history if they can keep their momentum alive. It won’t be easy, but it’s possible!

Entering last Friday’s matchup against No. 8 Seton Hall, No. 9 TCU hadn’t won a game in the NCAA Tournament since 1987. They finally returned to their winning ways with a convincing 69-42 upset over the Pirates, one of the highest point differentials of the entire first round.

TCU had a 30-21 lead at halftime as the Pirates stayed within range of a comeback, but the Horned Frogs turned it up a notch in the second half – outscoring their opponent 39-21. Mike Miles led the way for TCU with 21 points, while Damion Baugh added another 14 points.

The No. 9 Memphis Tigers finished the regular season 22-10, while the No. 8 Boise State Broncos finished 27-8. With just eight players on their roster, the Broncos were led by Abu Kijab’s 20 points and while that led all scorers, it wasn’t enough to lead his team to victory.

The Tigers walked away with a 64-53 upset over Boise State to advance to the second round. They were led by DeAndre Williams’ 14 points, but Jalen Duren and Landers Nolley II also scored double-digit points. They also had five players score at least two points off the bench.

The only thing better than witnessing one of the biggest upsets of March Madness 2022 is doing so in overtime. That’s exactly what college basketball fans were blessed with when No. 9 Creighton defeated No. 8 San Diego State 72-69 thanks to a last-minute 6-0 offensive run.

The Bluejays were down 37-30 at halftime, but made the right adjustments in the second half and scored nine unanswered points to end regulation at 62 a piece. They found themselves down three with two minutes left in OT, but that’s when they scored six unanswered to win.

The No. 5 Houston Cougars advanced to the Round of 32 with a win over No. 12 UAB. They were matched up against the No. 4 Illinois Fighting Illini, who were fresh off a victory over No. 13 Chattanooga. The two teams were involved in a close game at halftime with Houston up 30-26.

The second half went the Cougars’ way, outscoring the Fighting Illini 38-27 en route to a 68-53 win. Kofi Cockburn led the way for Illinois with 19 points and 8 rebounds, while Taze Moore scored 21 points for Houston. Jamal Shead and Kyler Edwards also scored in double digits.

The No. 10 Miami (FL) Hurricanes were 2.5-point underdogs, according to Caesars Sportsbook, but that didn’t stop them from pulling an upset over the No. 7 USC Trojans on Friday in the First Round. It was a tight game that went down to the wire, but the Hurricanes ultimately prevailed.

Miami (FL) had an 11-point lead at halftime, but they allowed the Trojans to come back in the second half. A layup by USC tied the game with 14 seconds left, but Miami (FL) drew a foul with three seconds left. Charlie Moore hit both free throws as USC missed a game-winning shot.

The Michigan Wolverines failed to finish the regular season with 20+ wins, despite a 23-5 record the year before. In the First Round, they were matched up against No. 6 Colorado State, who finished the regular season 25-6. Unfortunately, record didn’t matter as Michigan toppled them.

Michigan was down seven points at halftime, but outscored the Rams 46-27 in the second half en route to a 75-63 victory. Hunter Dickinson finished with 21 points off 8-10 shooting, while Eli Brooks, Frankie Collins, and Caleb Houstan finished with 13+ points in the shocking win.

The Cyclones took an early five-point lead at halftime, a lead they rode to the final buzzer as both teams scored 35 points in the second half. Tyrese Hunter led the way with 23 points and five steals for Iowa State, while Izaiah Brockington added 19 points and three steals in the win.

No. 11 Notre Dame entered March Madness as one of the First Four winners after defeating No. 11 Rutgers on Wednesday. They then faced off against No. 6 Alabama on Friday and were listed as 4.5-point underdogs, despite having the better regular season record at 24-10 on the year.

The Fighting Irish had a 41-36 lead at halftime and expanded on that lead in the second half, ultimately walking away with a 78-64 victory. Senior guard Cormac Ryan posted a career-high 29 points in the win, while Blake Wesley and Paul Atkinson Jr. combined for another 31 points.

The New Mexico State Aggies finished the regular season with a 27-6 record, which is much better than the 23-10 record posted by their First Round opponent, UCONN. Of course, the Huskies faced tougher competition, which is why they had the No. 5 seed, opposed to No. 12.

That didn’t seem to matter to the Aggies, who came out swinging with a 32-22 lead at halftime. They allowed the Huskies to stay in the game and were outscored 41-38 in the second half, but it wasn’t enough as the Aggies advanced behind a massive 37 points from guard Teddy Allen.

Talking about upsets, let’s talk about the No. 12 Richmond Spiders. They entered March Madness as 9.5-point underdogs to the No. 5 Iowa Hawkeyes, which means many people weren’t expecting much from them. Those people were proved wrong in incredible fashion.

The game was tight throughout as the Spiders held a 29-28 lead over the Hawkeyes at the end of the first half. The second half was just as tight, but the Spiders were able to squeeze through with the help of some last-minute free throws by Jacob Gilyard, who finished with 24 points.

Earlier, we talked about a No. 11 Iowa State team that defeated the No. 6 LSU Tigers. That was impressive, but they met an even more difficult task in the Second Round when they matched up against No. 3 Wisconsin. The Cyclones were 4.0-point underdogs, but won by five points.

The game was close in the first half, but Iowa State held the 27-26 advantage heading into the second half. They outscored the Badgers 27-23 in the final 20 minutes to secure a 54-49 win and a ticket to the Sweet Sixteen. Gabe Kalscheur finished with 22 points for the Cyclones.

We already mentioned No. 11 Michigan and their upset over No. 6 Colorado State in the First Round, but wait until you see what they did against No. 3 Tennessee – one of the favored teams in the tournament – in the Second Round. The Michigan Wolverines were 7.0-point underdogs.

Much like their performance in the First Round, Michigan found themselves down at halftime, this time by five points. They outscored Tennessee 44-31 in the second half as they once again mounted a comeback. Hunter Dickinson and Eli Brooks combined for 50 points for Michigan.

After their upset over No. 7 USC in the First Round, No. 10 Miami (FL) was matched up against the No. 2 Auburn Tigers – a team that many people thought could win it all. Unfortunately, Auburn’s poor second half performance resulted in yet another upset for the Hurricanes.

The game was extremely tight in the first half, but the Hurricanes had the slight 33-32 lead. The second half was all Miami (FL) as they outscored the Tigers 46-29 en route to a 79-68 victory. Isaiah Wong and Kameron McGusty each scored at least 20 points for the Hurricanes.

When the No. 8 UNC Tar Heels defeated No. 9 Marquette, it technically wasn’t labeled as an upset. In fact, they were favored by 4.0 points. That wasn’t the story when they matched up with the No. 1 Baylor Bears in the Round of 32, which had UNC listed as 5.5-point underdogs.

If you wanted to watch a good back-and-forth upset, this was one of the best ones on this list. The Tar Heels opened up strong with a 42-29 lead at halftime, but allowed the Bears to score 51 points in the second half to tie it up. UNC outscored Baylor 13-6 in the overtime period.

Saint Peter’s became just the third No. 15 seed to make it to the Sweet Sixteen with their upset over No. 7 Murray State in the Round of 32 on Saturday night. They have become everyone’s March Madness ‘spirit animal’ and Doug Edert’s incredible mustache is a large reason why.

He scored 13 points off the bench on Saturday and, coupled with KC Ndefo’s team-high 17 points and 10 rebounds, was enough to give the Peacocks a 10-point win over the Racers, who finished the regular season 31-3. Saint Peter’s will now play the Purdue Boilermakers on Friday.

These two teams were much more evenly matched than we expected. The game was tied 37-37 at the end of the first half and was still tied 71-71 at the end of regulation. They outscored Kentucky 14-8 in overtime. Doug Edert and his mustache finished with 20 points off the bench.

What Are the All-Time Biggest Upsets of March Madness?

Looking back through the history of the biggest upsets of March Madness, there are several teams with a shot at making history this year. For example, there has never been a No. 15 seed in the Elite Eight – something Saint Peter’s has an opportunity to achieve with a win on Friday.

As far as No. 11 seeds go, there have only been four teams in March Madness history to make it to the Final Four – something Iowa State and Michigan are two wins away from. Even worse, only one No. 10 seed has made the Final Four and only eight have made it to the Elite Eight.

YOU MAY ALSO LIKE: 15 Fun Ways to Fill Out Your March Madness Bracket

Of course, let’s not forget about No. 8 North Carolina – a team no one expected to be in the dance at this point. They have a shot at becoming just the third No. 8 seed to make it to the National Championship game, though they’ll have to win three games if they want to get there.