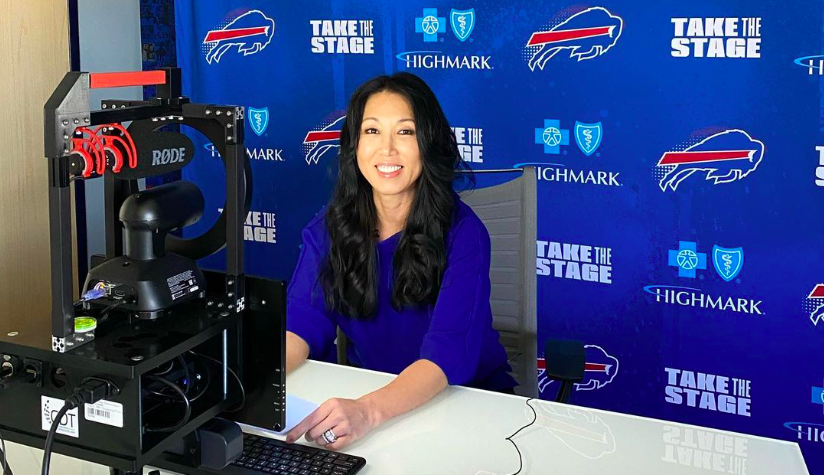 On Tuesday, the Pegula family announced that the NFL franchise owner was undergoing treatment for a health issue that was not named. Requesting privacy and respect during this stressful time, the family wrote in a statement:

“Kim is receiving medical care as a result of some unexpected health issues. We are very grateful for the progress she has made over the past few days. She has an exceptional team of medical experts at her side. We ask that you keep Kim and our family in your prayers and ask that you respect our need for privacy.”

In addition to the Bills, the 53-year-old also co-owns the Buffalo Sabres ice hockey team with her husband Terry. The couple parent three children together, one of them being a professional tennis player and 2021 Olympian Jessica Pegula.

Not only does she hold an important role as a mother and franchise owner, but Pegula also has a position on the NFL’s workplace diversity committee and the NHL’s executive inclusion council.

Following her medical information becoming public knowledge, both sports teams lent their support to her and her family.

RELATED: ESPN Host Sage Steele, 49, Was Hit in the Head With a Golf Ball and Feels Lucky to Live and Tell the Tale

“All of Bills Mafia is sending our love and prayers to you, Kim. We are with you and the entire Pegula family,” the Bills wrote on Twitter. In a similar fashion, the NHL team offered the sentiments, “The Sabres family sends thoughts, prayers and love to Kim.”

Beyond sports, she is also an active community leader who has invested personal money into further developing the Buffalo metropolitan area. When discussing the news of Pegula’s medical complications, Buffalo Bills head coach Sean McDermott acknowledged her and her family’s dedication to the community.