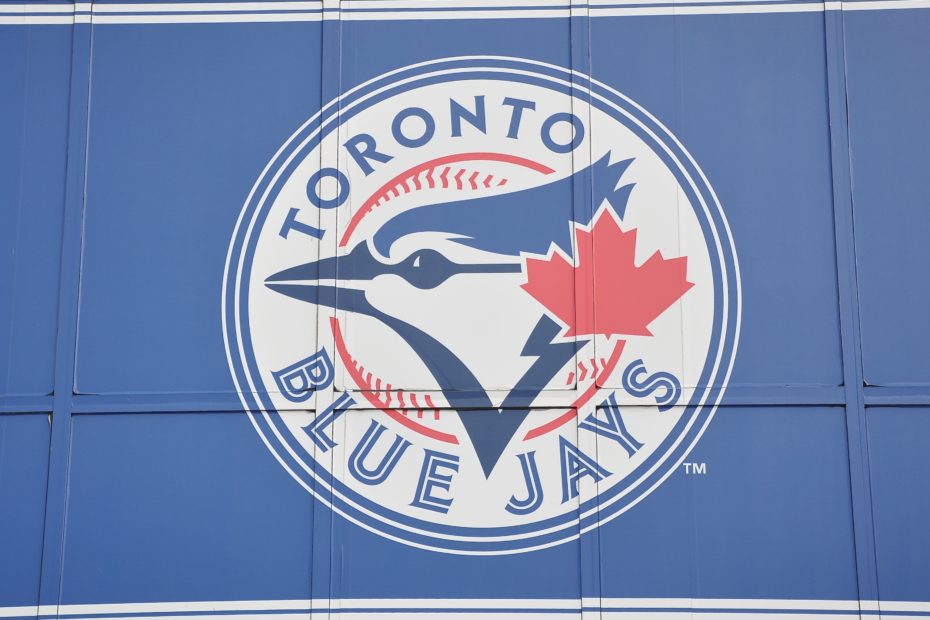 The Toronto Blue Jays made history last Friday when they became one of the few MLB teams to ever score more than 25 runs in a single game. It was a 28-5 victory for the Blue Jays and it came against a divisional opponent in the Boston Red Sox – a truly historic day in baseball.

In doing so, they joined an exclusive list of just 20 MLB teams to record at least 25 runs in a game since 1900. Their 28 runs is tied for the fifth-most in MLB history, but it was the most runs scored in Blue Jays’ history and there were several other franchise records broken that night.

RELATED: MLB Teams Likely to Get 100 Losses This Year: YIKES

When MLB teams put on a performance like the Blue Jays did last weekend, the first thing I look at is the stat sheet – there has to be some crazy stat lines in there and that’s exactly what we got on Friday. For example, Lourdes Gurriel Jr. stole the show with six hits and five RBIs.

Raimel Tapia, Alejandro Kirk, Bo Bichette, Matt Chapman, Teoscar Hernandez, and Danny Jansen chipped in with three hits each – with Tapia and Jansen each adding six runs batted in. Let’s not forget about Kevin Gausman, who pitched five innings and struck out 10 batters.

All in all, the Blue Jays tallied 29 hits in the win and five home runs – including two from Jansen. Every starting batter had at least two hits and they scored in every inning except the seventh and eighth. Let’s take a look at the other 19 MLB teams to score at least 25 runs since 1900.

They finished the game with 31 hits – including six hits from Kip Selbach and five hits from both George Van Haltren and Charlie Hickman. Every batter had at least two RBIs, with the exception of Charlie Buelow (who finished with one RBI). Bill Phyle pitched 8.2 innings.

The Indians finished the game with 25 hits – including a team-high five hits from Bibb Falk (three of which were doubles). Falk also led the team with five runs and five runs batted in. Earl Averill, Lew Fonseca, Johnny Hodapp, and Luke Sewell each had three hits in the victory.

They finished with 19 hits – including a team-high four hits from Tony Lazzeri (three of which were home runs). Lazzeri nearly broke a record with 11 runs batted in. Joe DiMaggio and Monte Pearson added three hits each, while Frankie Crosetti hit two home runs on the day.

On June 27, 2003, the Boston Red Sox defeated the Florida Marlins 25-8 midway through the season. The Red Sox opened with a historic first inning, scoring an impressive 14 runs to start the game. They scored another seven in innings 2-6 before scoring four in the eighth inning.

The Red Sox finished the game with 28 hits – including a team-high five hits from Johnny Damon. Bill Mueller had four hits, three runs, and a team-high six RBIs, while Jason Varitek chipped in with four RBIs. Mueller, David Ortiz, and Manny Ramirez each hit home runs.

The Reds finished the game with 23 hits – including a team-high five hits from Mike Mitchell, who also led the team with four runs scored. Eddie Grant hit the game’s only homer, but Dick Hoblitzell and Tom Downey each had a triple and a stolen base. Frank Smith earned the win.

On August 25, 1922, the Chicago Cubs defeated the Philadelphia Phillies 26-23 in what remains the highest-scoring game in MLB history – no two MLB teams have ever combined for more runs than these two. It included a 10-run second inning and 14-run fourth inning by the Cubs.

On April 30, 1944, the New York Giants defeated the Brooklyn Dodgers 26-8 – their second time scoring at least 25 runs in the same game. They were consistent all night long with a box score that read 3-4-4-5-0-2-0-8 through eight innings. They likely would’ve kept scoring in the ninth.

The Giants only had 18 hits, but received a lot of help from the 17 walks thrown by the Dodgers. Phil Weintraub had a historic game with four hits, five runs, and 11 runs batted in – he was one single away from a cycle). Ernie Lombardi also did his part with three hits and seven RBIs.

The Indians finished the game with an impressive 29 hits – including four hits from Hal Peck and Gene Bearden. The two also combined for seven RBIs, while Lou Boudreau had four RBIs of his own. Wally Judnich, Larry Doby, Jim Hegan, and Bearden each hit a home run.

On June 11, 1985, the Philadelphia Phillies defeated the New York Mets 26-7 in a game that quickly got out of hand. The Phillies held a 16-0 lead after the second inning and continued the scoring with five runs in the fifth inning, one run in the sixth inning, and four more in the seventh.

The Phillies finished with 27 hits, including a team-high five hits from Juan Samuel – who also finished with three runs and two RBIs. Von Hayes led the team with six RBIs and also tied for the team lead with four runs – a stat he shared with Glenn Wilson. Rick Schu had four hits.

On August 18, 1995, the Chicago Cubs defeated the Colorado Rockies 26-7 with more than 48,000 fans in attendance. They scored seven runs in the first inning and two more in the third inning before piling it on with 17 runs in innings five through eight. The Chicago bats were hot.

The Cubs finished with 27 hits, including a team-high four hits from Sammy Sosa – who also had four runs and four RBIs. Brain McRae, Luis Gonzalez (team-high six RBIs), Todd Zeile, and Scott Servais each had three hits. Sosa, Gonzalez, and Zeile each hit a home run.

On April 19, 1996, the Texas Rangers defeated the Baltimore Orioles 26-7 in a game that featured a historic eighth inning. Leading up to that point, the Rangers had a 10-7 lead and the Orioles were still in it. That’s when the Rangers scored 16 runs in the eighth to seal the deal.

The Rangers finished the game with just 19 hits, but received some help from the Orioles – who threw 13 walks. Darryl Hamilton had a team-high four hits, while Juan Gonzalez finished with a team-high six RBIs. Dean Palmer and Kevin Elster also finished with five RBIs each.

On September 9, 2004, the Kansas City Royals defeated the Detroit Tigers 26-5 in the midst of a disappointing season. They scored six runs in the first two innings before exploding in the third inning with 11 runs. They also scored five runs in the sixth inning en route to a lopsided victory.

The Royals finished the game with 26 hits, including a team-high six hits from Joe Randa – who also had a team-high six runs. Angel Berroa led the team with five RBIs, including the team’s lone home run. Alberto Castillo added four RBIs of his own, while six others had multiple RBIs.

On July 7, 1923, the Cleveland Indians defeated the Boston Red Sox 27-3 in one of the most lopsided victories in MLB history. The Indians had an 11-2 lead through five innings before scoring 13 runs in the sixth inning. They had one run in the seventh and two in the eighth inning.

The Indians finished with 24 hits, including a team-high four hits from Rube Lutzke – who also led the team with six RBIs. Riggs Stephenson also impressed with five RBIs, while Charlie Jamieson had a team-high four runs. Stephenson and Lutzke combined for five doubles.

On July 6, 1929, the St. Louis Cardinals defeated the Philadelphia Phillies 28-6 with just 10,000 fans in attendance. The Cardinals came out swinging with 10 runs in the first inning and scored another 10 runs in the fifth inning. They topped it off with five more runs in the eighth inning.

The Cardinals finished with 28 hits, including a team-high five hits from Taylor Douthit and Chick Hafey – who also combined for seven RBIs. Jim Bottomley led the team with seven RBIs of his own, while Jimmie Wilson and Fred Frankhouse added four RBIs each.

Boston finished the game with 28 hits, including a team-high five hits from Johnny Pesky and Al Zarilla. Bobby Doerr led the team with an impressive eight RBIs, but Walt Dropo added seven RBIs of his own and the legendary Ted Williams added five more. It was a slaughter.

On April 23, 1955, the Chicago White Sox defeated the Kansas City Athletics 29-6 early in the season. The White Sox scored early and scored often, finishing the night with a 4-7-3-2-0-6-3-4 box score through the first eight innings. They didn’t really leave much room for a comeback.

The White Sox finished the game with 29 hits, including a team-high five hits from Sherm Lollar and Chico Carrasquel. Bob Nieman led the team with seven RBIs, but Lollar and Minnie Monoso had five RBIs each. Neiman and Lollar also stole the show with two home runs each.

On September 9, 2020, the Atlanta Braves defeated the Miami Marlins 29-9 in what was the most dominant win in recent MLB history – even more so than the Blue Jays’ win over the Red Sox. The Braves’ victory included an 11-run second inning and six more runs in the fifth inning.

On August 22, 2007, the Texas Rangers defeated the Baltimore Orioles 30-3 in what was the most runs scored by a team since 1900. The Rangers had just a 5-3 lead after the fifth inning, but scored nine runs in the sixth inning, 10 runs in the eighth, and six runs in the ninth inning.

While it’s not easy and obviously doesn’t happen often – just 20 MLB teams have done it since 1900 – it makes sense that it was the Toronto Blue Jays who achieved it. As it stands right now, they rank third in the entire MLB with 4.88 runs scored per game – their offense is explosive.

The only two teams scoring at a higher rate are the Los Angeles Dodgers, who score 5.14 runs per game, and the New York Yankees, who score 5.36 runs per game. I wouldn’t be surprised if either of those two teams come close to scoring 25 runs in a game this season – it can happen!

YOU MAY ALSO LIKE: 30 of the Best Moments From MLB’s All-Star Week

The other offenses that score at a high rate include the Atlanta Braves (4.76 runs per game), San Francisco Giants (4.69 runs per game), and New York Mets (4.66 runs per game). Do you think we’ll see another team achieve this unlikely stat in the near future? I’d like to think so.