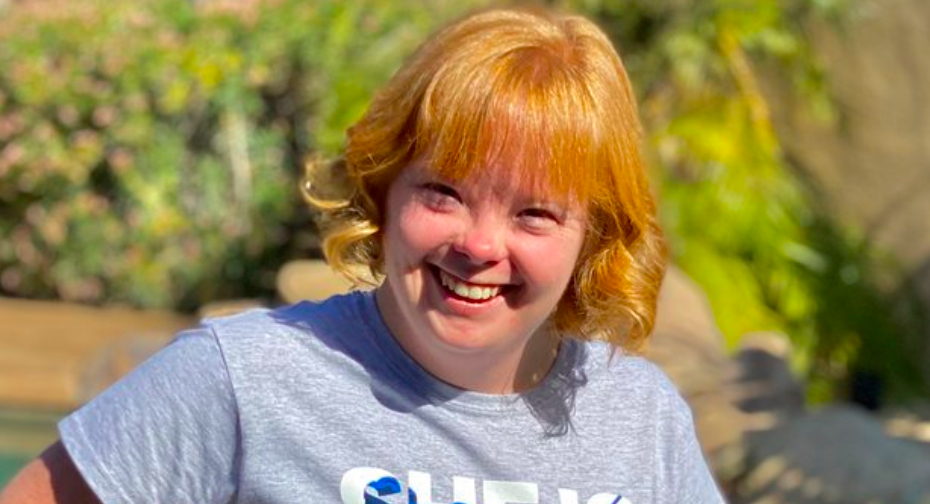 The Women’s Golf 2021 NJCAA (National Junior College Athletic Association) National Championships take place May 10-13 in Ormond Beach, Florida. Golfers, like Amy Bockerstette, from around the country will tee off, hoping to bring home that title.

But this isn’t just any national championship. There’s a special golfer making history that will be in their midst, competing for that national trophy.

According to the AP, Amy Bockerstette is set to become the “first person with Down syndrome to compete in a national collegiate athletic championship.” Bockerstette will be competing alongside her Paradise Valley Community College teammates.

“So excited to compete with my @PVCC_Official @PVCCPumas teammates @NJCAA Nationals next week! #InclusionRevolution,” Bockerstette tweeted.

RELATED: Athlete Makes History By Becoming First Person With Down Syndrome To Complete An Ironman Race

If Bockerstette’s name sounds familiar, you probably have seen this incredible video from the 2019 Waste Management Phoenix Open:

“On January 29, 2019 at the Waste Management Phoenix Open’s Dream Day on the famous 16th hole at TPC Scottsdale’s Stadium Course, Amy Bockerstette, who has Down syndrome, demonstrated to the golfing world what a determined athlete with self-confidence and a positive attitude can achieve. While playing with PGA TOUR players Gary Woodland and Matt Kuchar during a Tuesday practice round, Amy hit the par 3 tee shot 117 yards into a greenside bunker, splashed her sand shot to within 10 feet of the pin, and made her par putt in front of a roaring crowd. I GOT THIS Foundation was born out of this moment, which was captured on video by the PGA TOUR and has since gone viral, receiving more than 44 million views on social media platforms.”

I GOT THIS Foundation

Being a part of history isn’t anything new to Amy, though.

According to USA Today Sports Golfweek’s Greg Moore, Amy has already become the first person with Down syndrome to receive a college athletics scholarship when she signed with Paradise Valley Community College in 2018.

She also studies dance while attending PVCC on a full scholarship and is a multisport Special Olympics athlete. Those sports include golf, swimming, and volleyball. For fun, she also plays soccer, and she plays piano, the I GOT THIS Foundation website reports.

And let’s not forget her high school stats. According to the foundation’s site, Amy became the first person with Down syndrome to play in the Arizona High School Girls Golf Division I State Championship, both as a Junior and Senior. Amazing!

The I GOT THIS Foundation‘s mission is “to promote golf instruction and playing opportunities for people with Down syndrome and other intellectual disabilities. Golf is a sport anyone can learn to play and enjoy, promoting quality exercise and a healthy lifestyle.”

If you’d like to support Bockerstette’s foundation, you can do so here. We are all cheering for you, Amy!