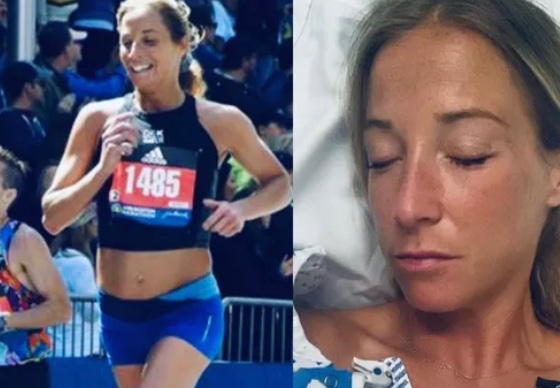 Thirty-three-year-old Minneapolis native Meghan Roth has been training for the Boston Marathon for nearly her entire life. Considering she has prepared to the best of her abilities and seemed to be in perfect health condition, it was a shock when the athlete collapsed during the eight mark.

“I mean it’s the first Boston in two-and-a-half years and she had just had a baby last year, and so this was her first marathon post-pandemic shutdown when all the races were canceled and since having her son,” Victoria Phillippi, a fellow Boston Marathon participant and friend of Roth, shared according to a news outlet. “She was really excited. She had trained extremely hard and she felt like she was in the best shape of her life going into this race.”

Phillippi went on to report that Roth was doing great during the marathon; a whole 15 minutes ahead of her usual pace. Roth was also expected to beat her 2019 marathon record in which she qualified for the U.S. Olympic Trials with an astonishing time of 2:44:35.

When the athlete collapsed, many other runners took notice of her, one of them being an orthopedic surgeon from Portland, Oregon named Nick Haney. “The woman was blue in the face, taking agonal respirations and I took a little closer look and I realized that I knew her,” Haney shared.

He went on to add, “When I saw her there was already a woman who had initiated compressions and a young man that was holding her airway open and I directed him to continue keeping her airway open. I felt for a pulse.”

RELATED: Cal McNair, CEO of the Houston Texans, Apologizes for Poor Choice of Words in Regards to COVID-19 Virus

Roth went on to be escorted to the hospital after Haney, another doctor, and emergency room physician assistant stopped to do chest compressions. The Boston Marathon runner has since had a GoFundMe page set up in order to help pay for her medical bills.

Phillippi noted the kindness of these strangers and stated, “Just knowing there were so many people around at such a big event like the Boston Marathon, it’s reassuring to know that people are looking out for each other and that people stopped to help her and that those efforts really did make a difference.”

Haney has also been in contact with Roth since this incident has occurred and is pleased to report how her healing process is going. “It’s just crazy that I was able to get to follow up and get to talk to her and know that she, at the end of the day, is going to get to go home to her family and her son,” the surgeon discussed before adding, “and for me, that’s all that matters.”