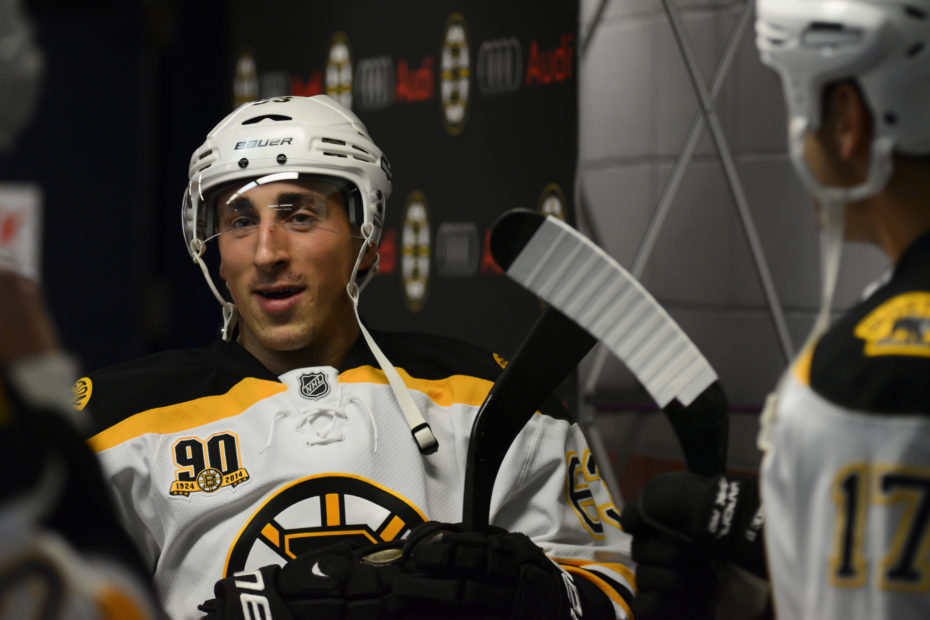 Boston Bruins leading scorer Brad Marchand taught everyone a hilariously valuable lesson while exiting the ice in the midst of a game: keep a tight grip on your possessions.

While most of his teammates were opting for the standard high five or handshake when fans were sticking out their limbs to call attention to their favorite hockey players, the 33-year-old opted for a different route. One fan was waving a phone in the air and had hit the record button, Naturally, Marchand thought the best course of action would be to take the phone and finish the video behind the camera.

“Hey, what’s up?” the hockey player questioned after taking the recording over. He went on to add, “Just walking off from warm-ups. I don’t know whose phone this is, but I hope you have a lot of fun tonight because I know I’m going to. Anyways, gotta go!”

And, sure enough, it seemed that stealing a fan’s phone gave Marchand all the excitement he needed to have a great game. Despite a fresh shoulder injury, the winger helped lead his team to a 3-2 victory over the Winnipeg Jets.

Brad Marchand returns to the ice with a right shoulder injury

During last Thursday’s game, Washington’s Garnet Hathaway struck Marchand from behind, resulting in a right shoulder injury. Although Boston was under the impression that he would not be hitting the ice for at least one game, coach Bruce Cassidy reported a day before Saturday’s game that Marchand “was feeling better.”

“I didn’t expect to play today,” he admitted. ESPN reported that he included the sentiments, “I’ve got to give a ton of credit to our training staff. I jumped on the ice and felt OK. It’s going to take a lot to sit out. If you feel you can play, you battle through it. You don’t want to let the guys down.”

The hockey star also explained that oftentimes, athletes suffer from injuries and make the conscious decision to continue participating in games. Chalking it up to an average thing in his line of work, the 33-year-old explained, “It’s just something you do.”

However, Cassidy was quick to note that if there had been serious damage, Marchand would have sat this match out in order to properly recover. “There was no structural damage or he wouldn’t have gone out there,” the coach said.