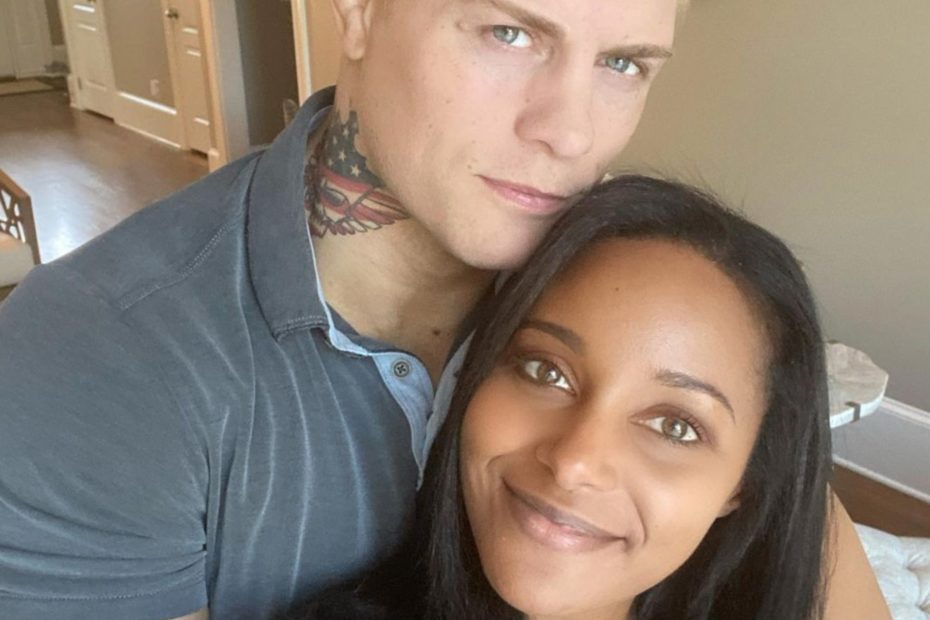 Congratulations are in order to professional wrestling couple, Brandi and Cody Rhodes, as they announced the birth of their first baby, Liberty Iris Runnels, via an Instagram post last Friday.

The couple both star in the TNT show, All Elite Wrestling: Dynamite and have been married since September of 2013. They announced just before Christmas via a twitter video that they were to have a baby in the new year.

Thirty-five-year-old Brandi told People at the time of the proclamation, “Cody and I are so excited and overwhelmed by this news,” and went on to explain, “We’ve had seven exciting years of marriage, worked together to grow our careers and our core at AEW from the ground up, and now here we are embarking on another incredible chapter.”

When the two found out they were expecting, they made the decision to have a Disney themed nursery, as it represented a core factor of their relationship. The new mother shared that the couple have been frequenting Disney together since they met.

According to People, “the themed nursery began with hanging the couple’s Mickey and Minnie Mouse ears when returning home from their Disney trips.”

Brandi herself added, “When we found out that we were having a baby, I thought that’s the perfect room for her nursery to go in because it’s already kind of started with those ears.”

RELATED: The 25 NHL Players Who Won The Most Stanley Cups

During the time of pregnancy, the soon-to-be mother could not contain her excitement, and for good reason. “I just can’t wait to see her and hold her and be able to start to get to know her as she grows up,” said Brandi.

Luckily, the professional wrestler duo no longer has to wait.

Brandi and Cody Rhodes welcome to the world baby Liberty!

Liberty Iris Runnels was born on Friday, June 18th, 2021 in Atlanta., Georgia. Brandi told People, “Grateful is an understatement,” and also confirmed that the baby, “weighed 6 lbs., 12 oz., at birth.”

In the caption of the exciting announcement post, new mother Brandi stated, “Happy Birthday Liberty Iris. We are so in love with you, sweet beautiful girl. We are so fortunate and blessed to be your mom and dad.”