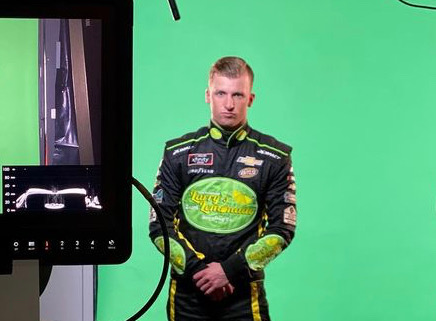 Twenty-eight-year-old NASCAR driver Brandon Brown involuntarily found himself in the middle of political tension when fans in the crowd of a race began chanting “F— Joe Biden.”

During the time of the race, the race car driver was under the impression that people in the crowd were chanting “Let’s go Brandon.” Although the broadcast could clearly hear what hollers were saying, one reporter tried to cover it up and expressed, “As you can hear, the chants from the crowd — ‘Let’s go, Brandon!’”

Although the occurrence was relatively harmless, it has had an effect on the 28-year-old. Despite being excited to celebrate his win after the 113 Xfinity Series contests, he became concerned when his Twitter was flooded with anti-Biden memes. Only being made aware of the chanting until after the race, Brown had a new set of problems to address.

Considering his emerging status as a household name in the world of NASCAR, the driver is concerned that this will negatively impact his perception.

“Our whole navigation is, you want to appeal to everybody, because, all in all, everybody is a consumer,” Brown explained when he spoke to The New York Times. He added the sentiments, “I have zero desire to be involved in politics.”

“This whole Talladega race win was supposed to be a celebration, and then it was supposed to be something that I was able to use to move up, and I really wanted to capitalize on that,” he went on to include. “But with this meme going viral, it was more of, I had to stay more silent because everybody wanted it to go on to the political side. I’m about the racing side.”

Brown also went on to emphasize that he knows the power politics holds over everyday Americans. Although he understands this, he shared that his perspective doesn’t really matter because he doesn’t know enough about the subjects at hand to form opinions, which is why he’d rather give his energies to racing. “The issue is, I don’t know enough about politics to really form a true opinion, so I really focus on racing,” he said.

The racecar driver also published an essay for Newsweek in which he discussed his fears of how politics will alter his career, but more importantly, how his name is being used as a distraction. Brown wrote, “I understand that millions of people are struggling right now and are frustrated…Struggling to get by and struggling to build a solid life for themselves and their families, and wondering why their government only seems to make it worse. People have a right to frustration — even anger.”