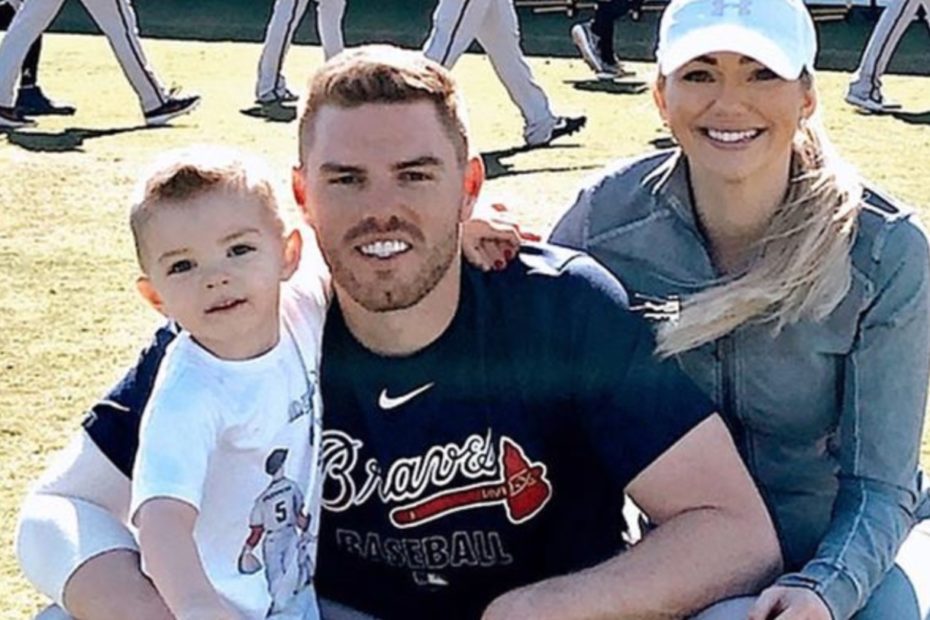 Looks like a love for baseball is being passed down to the next generation. While the 2020 MLB season may have been postponed due to COVID-19, that doesn’t mean some of the biggest stars in baseball are just sitting around.

While waiting for the new season to start, first baseman for the Atlanta Braves, Freddie Freeman, has been doing what he can at home to remain ready. And one very important and adorable person in his life is taking notice.

RELATED: Dad Doesn’t Even Try to Contain His Excitement When His Son Hits His First Home Run During Batting Practice

On May 9, Freeman’s wife, Chelsea Freeman took a video of the first baseman taking batting practice in their backyard. Also seen in the video was their young son, Charlie, sharing a fist bump, a slap on his dad butt, and then took a few swings of his own as well.

It’s very clear just how much Charlie looks up to his father.

“Freddie and Freddie 2.0,” Chelsea captioned the video, along with the hashtag “dad and son.” And their fans absolutely adored the video as well.

“Charlie is so tall!!” one commenter wrote. “Definitely takes after his dad.” “Just a boy wanting to be like dad,” another person added. “Very few moments are more precious than that.” You can’t argue with that.

And this isn’t the first time the Freeman family has used baseball to stay busy.

As the mom of one wrote in a separate Instagram post, “When there’s nothing else to do in the house, thank God for baseball.”

And the Freeman family is far from only family using baseball to fill up their free time. As At The Buzzer previously reported, a father and son went viral after the son hit his very first home run at just four years old.

Sports are so important when it comes to bringing people and families together, even when it’s not in season.