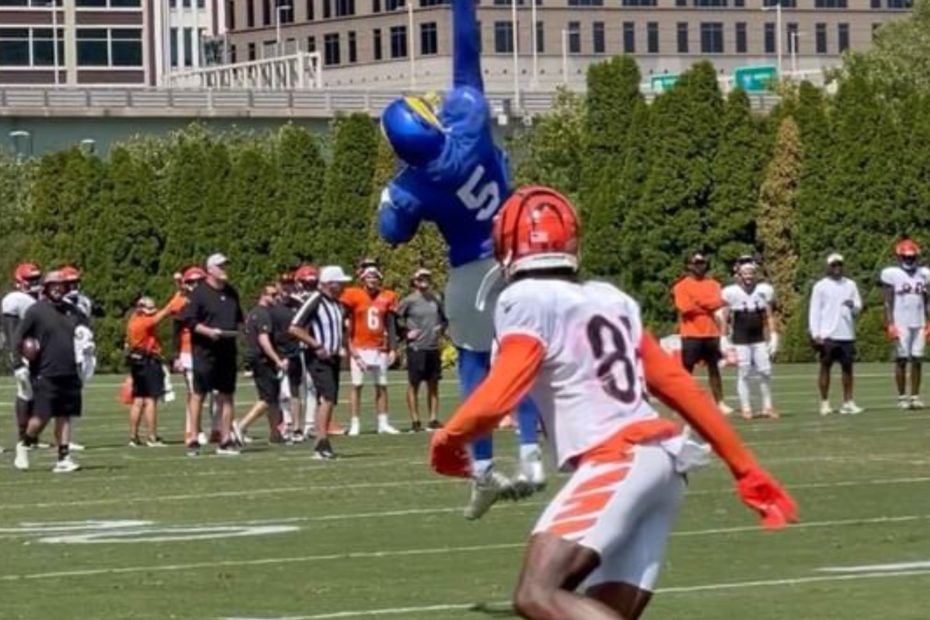 When a brawl broke out between the Los Angeles Rams and the Cincinnati Bengals, the teams had no choice but to halt their inter-squad practice last Thursday.

The practice was seemingly going as planned until a physical altercation occurred between multiple Bengals and Rams defensive players. An unnamed Rams defender wrapped up  La’el Collins of the Bengals from behind, causing multiple helmets to come flying. When Collins began swinging punches at the offender, Los Angeles’ defensive tackle Aaron swung two helmets at Bengals players.

Although the altercation was concerning, Los Angeles Rams coach explained in an interview after the incident that he is confident in his players and their ability to properly conduct themselves. In fact, McVay admitted he was more concerned about injuries than the fight.

“My biggest concern is just unnecessary injuries for people that we’re counting on, whether it’s for our team or the other team,” the Super Bowl-winning coach shared, according to ESPN.

The NFL has held a long-term policy that teams are required to deal with the discipline of players for their conduct during practices, so each individual team will be handling this situation differently. However, McVay had little to say about how his players will be punished.

“We’ve handled that in-house,” McVay said, quick to shut down any room for more questions on the topic. “I do trust that if something like that occurs again in terms of if there is a fight or whatever, that those situations that played out won’t be a factor because I have such trust in our players, and they understand and Aaron understands that was something that we were fortunate nobody got injured [in] and for that, I’m very grateful.”

During this conversation, the Rams head coach also explained that he doesn’t want to make the fight a bigger incident than it has to be. He noted that the cause of the fight was never discovered, so to hang up on the minuscule details would be pointless.

McVay stated, “Not going to look at pointing fingers on who did what, but just like (Bengals head coach) Zac (Tayor) would say, I expect our guys to defend their teammates, and vice versa.”

Ultimately, the Los Angeles Rams lost in the preseason Bowl to the Cincinnati Bengals with a final score of 7 – 16.