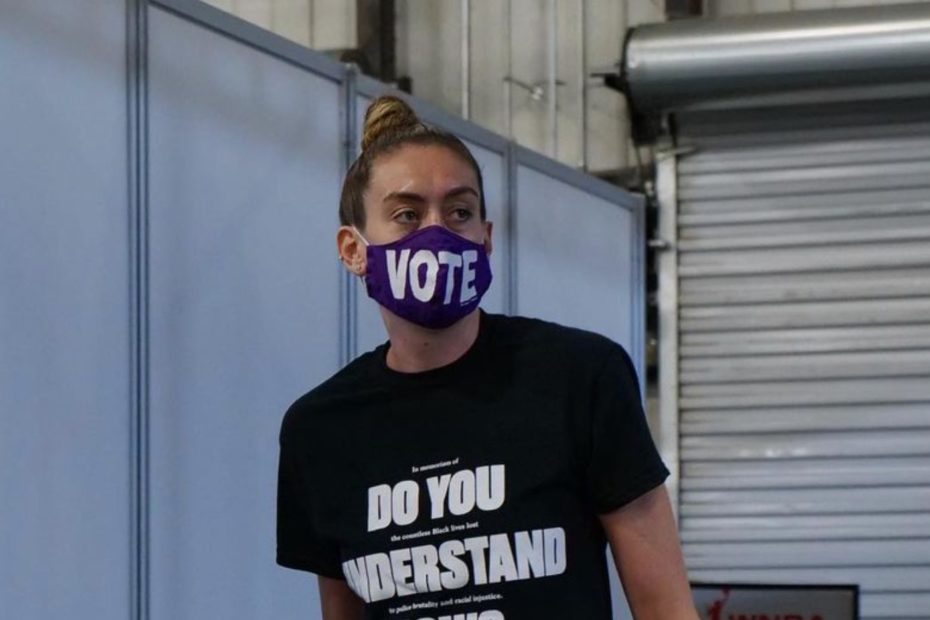 After being named the 2020 WNBA Finals MVP, Breanna Stewart is talking about how she feels now that she is no longer in the bubble. Stewart and the Seattle Storm took home the WNBA championship after winning it all in the “wubble” in Florida.

With certain protocols in place and developing a routine within the wubble, just imagine all those players now getting back to society. And the need to adjust to how everyone else has been living their lives during this pandemic the best they can.

“I think the one thing I’ll miss is safety,” Stewart said in a New York Times article highlighting what athletes have learned during a pandemic. “You got to have a conversation with people and not be worried about where they’ve been or who they’ve been around or the possibility of having Covid-19. Our bubble was super, super secure and that was nice.”

Along with having that “super secure” bubble, they also used that time to shed a light on social justice issues. “Looking back on this time, I’ll think of the important messages that we were able to highlight,” Stewart said to The New York Times.

“I’ll think about Breonna Taylor. I think that she still hasn’t achieved justice, even if there was a settlement. And we need to continue to be better…I’m going to remember that we were able to come together as a league, all of the players representing more than just us.”

Stewart talked about how not just WNBA players but everyone can make a difference in their own bubbles and in their own inner circles in society. “We’re strongest when we’re together.”

“And maybe in 2021 we’re not going to be in a bubble, but if we all have the same standpoint and mind-set and outlook on what we’re trying to do, we can make it a huge impact and continue to fight for equality, to make the world better…It all starts with you. I think we can all be better with what we do and it starts individually and then we can carry it to all the ones that are in our bubble, our circle, and beyond.”

And Breanna Stewart continued that call to action on Election Day by encouraging people to vote.