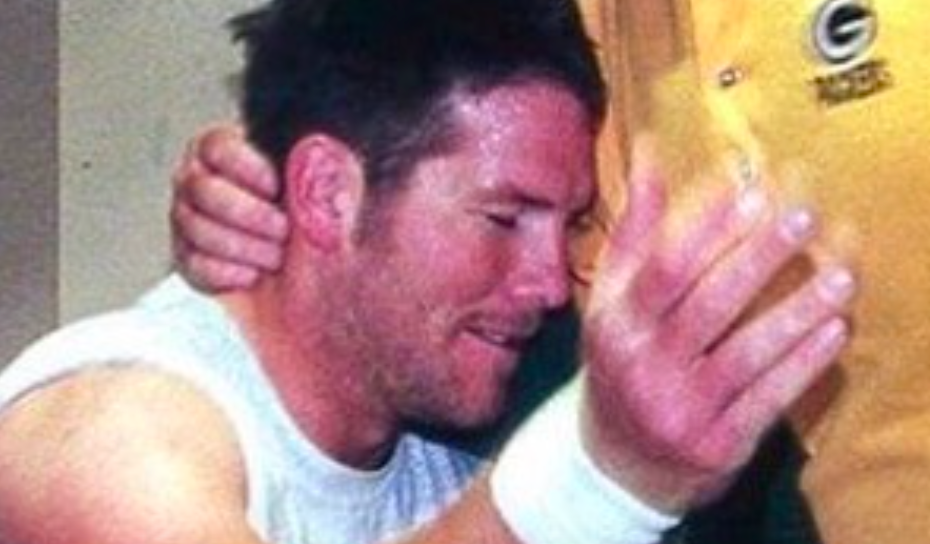 Brett Farve is used to winning, especially in big games. But, when it came to the fight of his life, he had to really dig deep to choose to win and overcome an addition where he reportedly almost lost his life.

The long-time Packers quarterback had a lot packed underneath the surface that he kept away from the public eye as he was fighting some inner demons through a substance abuse addiction as according to NBC Sports’ Pro Football Talk’s Michael David Smith: “On an episode of his (Bolling with Farve podcast), Favre said he started to abuse painkillers early in his career, as he tried to play through injuries…Favre says his painkiller addiction was so severe during his MVP years with the Green Bay Packers that it easily could have killed him.”

“In 1994 was when it started,” Favre said on the podcast as transcribed by NBC Sports’ Pro Football Talk. “When I first realized I liked pain pills was after that Philadelphia game in 1994…I was basically taking, in two days, a month’s prescription, which is crazy…During the ’95 season I had a seizure the night before a game.”

According to NBC Sports’ Pro Football Talk: “Favre said he began taking more painkillers than he was supposed to, and it had real effects on his health.”

“I had eight pills in my possession. Eight pills would not do what I needed it to do. It would give me zero buzz,” Favre said in the podcast as transcribed by Sports Illustrated’s Madeline Coleman. “I was home in Mississippi and I was as low as I possibly could be, even though I had won the Super Bowl and won three MVPs in a row. I was low. I said, it’s one of two things: I die, or I flush these pills down the toilet…I sat by the toilet for two hours, and eventually, I dumped the pills in the toilet, flushed them, and I almost wanted to kill myself because of doing that.”

Farve went on to say via NBC Sports’ Pro Football Talk: “…that was the last time. I was clean. It took me a couple months to where I started getting over, I want these pain pills real bad, that urge.”

Farve’s “first ‘come to Jesus‘ moment (came) after the 1995 season. Favre suffered another seizure while in the hospital for ankle surgery. He told the people in his life, including the NFL, about his problem before going to rehab…he spent 75 days in an inpatient rehab facility (and) Favre continued using the painkillers. But after hitting rock bottom following the 1996 season, his sobriety stuck” according to Sports Illustrated.

Sports Illustrated mentioned that “Favre said it’s been more than 20 years since he’s had any alcohol or drugs”.

Congrats to Farve for fighting the good fight in being able to overcome this addiction and not go back to it over the past two decades!

The Hall of Fame selection, Super Bowl champion, 11-time Pro Bowl selection, and three-time MVP is now an MVP of taking care of his health. Because a decision like that is bigger than just him. It’s a ripple effect that affects his marriage, his family, his team, his loved ones, his fans.

If you or a loved one is struggling with an addiction, there is a free Substance Abuse and Mental Health Services Administration helpline 1-800-662-HELP (4357): “SAMHSA’s National Helpline is a free, confidential, 24/7, 365-day-a-year treatment referral and information service (in English and Spanish) for individuals and families facing mental and/or substance use disorders”.