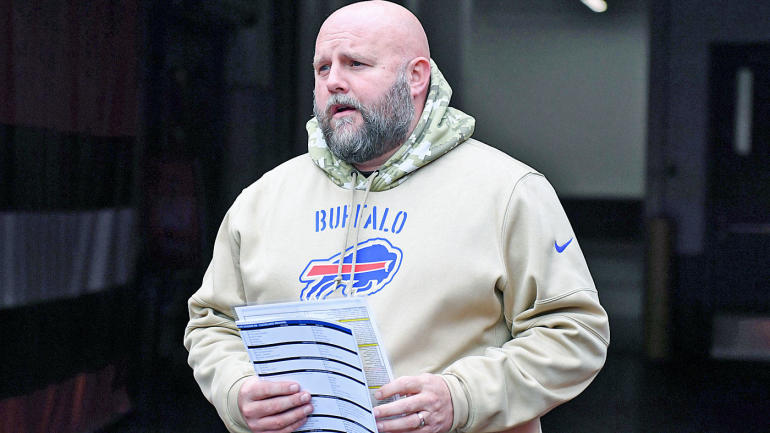 The New York Giants announced today that Buffalo Bills’ offensive coordinator, Brian Daboll, will become the team’s 22nd head coach in franchise history. The Giants were in the market for a new head coach after firing Joe Judge on January 11th – he spent two seasons in New York.

The news also comes just a week after the team announced the hiring of Joe Schoen as general manager. Schoen was the assistant general manager of the Buffalo Bills during the 2021 season and has been with the team since 2017. He is now reunited with coach Daboll in NY.

Brian Daboll was named the Buffalo Bills’ offensive coordinator in 2018, the same year the team drafted quarterback Josh Allen. Over the next four years, he played a major role in the development and emergence of Josh Allen as one of the league’s premier quarterbacks.

RELATED: NFL Rankings: Where Teams Started vs. Where They Are Now

What he did with the Buffalo Bills’ offense was nothing short of remarkable, especially considering it’s his hometown team. Now, he’ll have his eyes set on something bigger as the New York Giants’ head coach, who are in desperate need of a long-term head coach.

Is Brian Daboll a Long-Term Fit for the Giants?

The Giants have struggled to win consistently since Tom Coughlin left in 2015. They’ve had four head coaches since – Ben McAdoo, Steve Spagnuolo, Pat Shurmur, and Joe Judge – and they’ve combined for a 33-64 record in New York. They expect to be better with Daboll.

Daboll has the experience and passion to get the job done. He spent time as the offensive coordinator for the Miami Dolphins, Cleveland Browns, Kansas City Chiefs, and the University of Alabama before landing with Buffalo. He also spent time with the New England Patriots.

He was a National Champion at Alabama, the AP NFL Assistant Coach of the Year in 2020, and a five-time Super Bowl Champion as an assistant coach for the Patriots. He’s coached on some of the biggest stages in football, but will now have a chance to do it himself as head coach.

When Josh Allen came to Buffalo, many viewed him as a project that might never make it in the NFL. After four years within Brian Daboll’s offense, Allen has broken numerous NFL and franchise records in Buffalo and is considered one of the biggest threats at the QB position.

Daboll did it with Josh Allen, but now he’s being asked to do the same to Daniel Jones. It’s not going to be easy, even for Brian Daboll. Jones doesn’t have the talent or size that Josh Allen has, but he certainly has the skill to become a quality starting QB under the right leadership.

Jones is entering his fourth year in the NFL. In 38 games, he has amassed 8,398 passing yards, 45 touchdowns, and 29 interceptions. He has started 37 of those games, but has just a 12-25 record as a starter. He has slowly declined since having a decent rookie season.

YOU MAY ALSO LIKE: Is This It for Tom Brady? A Look Back at 10 Tom Brady Super Bowls

We’ll see if the recent hiring of Brian Daboll can spark the best out of Jones moving forward, but that will also depend on Joe Schoen’s ability to surround both Daboll and Jones with worthy talent. If their success in Buffalo is any indication, the Giants could be in for a playoff run soon.