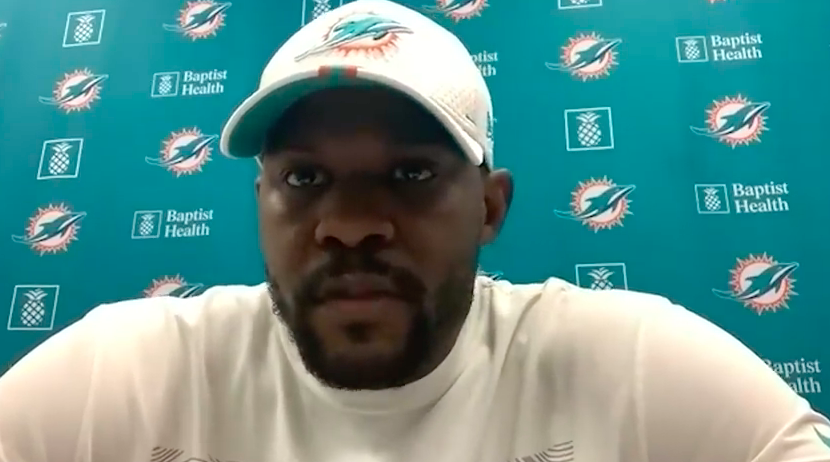 Former Miami Dolphins head coach Brian Flores revealed to the public that after he was dismissed by the team, Dolphins owner Stephen Ross attempted to make him sign a separation agreement.

“Just signing that separation agreement would have really silenced me,” Flores explained to Bryant Gumbel during HBO’s latest episode of “Real Sports.”

Doug Wigdor, an attorney who has knowledge of the case, also discussed the nature of the two-year non-disparagement agreement contract during Tuesday’s episode.

“To Coach Flores’ credit, he wasn’t gonna sign that, because he wanted — it wasn’t about the money,” Wigdor shared. “If it was about the money, he would have signed it. What he did instead was he filed this lawsuit so that he could help other coaches, now … and in the future.”

Following his dismal, Flores launched a lawsuit against the Miami Dolphins over alleged racial discrimination and poor treatment of minority coaches and executives. If the coach was to sign the agreement after being fired, he would legally not be allowed to discuss what he witnessed during his time as an employee.

Wigdor added that because of this fact, the Dolphins would not have been held accountable. “If a coach is terminated with a couple years or a year left on their contract, they don’t get paid unless they sign a waiver, an NDA, confidentiality and non-disparagement. So they buy their silence,” he stated.

Although the coach has made it well known that his intentions are to promote equality within the league, the Miami Dolphins have explicitly denied all of their former coach’s accusations, including the alleged NDA.

“This latest assertion by Brian Flores that Steve Ross mentioned an NDA to him is categorically false,” the team said in a statement. “This just did not happen and we simply cannot understand why Brian continues this pattern of making unfounded statements that he knows are untrue.”

The Miami Dolphins also included, “We are fully cooperating with the NFL investigation and look forward to all of the facts coming out which we are confident will prove that his claims are false and defamatory.”