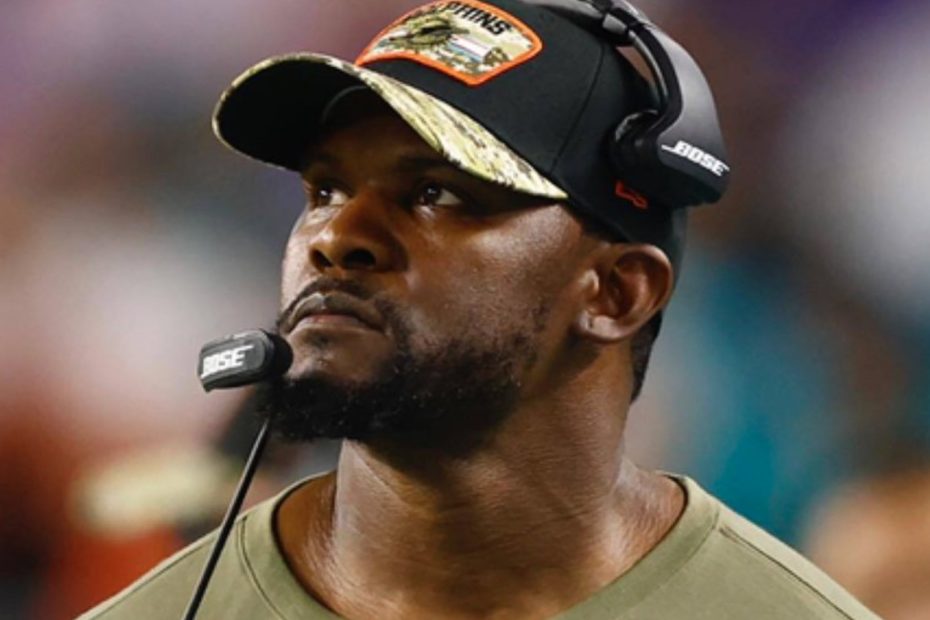 In the class-action lawsuit, the 41-year-old ex-NFL coach claimed that the New York Giants and Denver Broncos discriminated against him during their hiring process. The lawsuit also alleges that the Miami Dolphins pressured him into choosing a quarterback that violated NFL rules on tampering. Following refusing the quarterback incident, the coach alleged that he was “treated with disdain and held out as someone who was noncompliant and difficult to work with.”

In addition to all of these factors, Flores’ lawsuit is also against the entire league due to supposed systemic racial problems.

“God has gifted me with a special talent to coach the game of football, but the need for change is bigger than my personal goals,” the former head coach commented when he spoke to PEOPLE about his plan. “In making the decision to file the class action complaint today, I understand that I may be risking coaching the game that I love and that has done so much for my family and me.”

He went on to explain that his actions serve to address systemic racism within the NFL. “My sincere hope is that by standing up against systemic racism in the NFL, others will join me to ensure that positive change is made for generations to come,” Flores shared.

He continued describing his civil lawsuit as a plan to, “shine a light on the racial injustices that take place inside the NFL and to effectuate real change for the future” while also increasing the influence of Black voices within the league.

Despite the allegations, the Miami Dolphins have admittedly denied any involvement in discrimination against Flores. In a statement, they acknowledged, “We are aware of the lawsuit through the media reports that came out this afternoon. We vehemently deny any allegations of racial discrimination and are proud of the diversity and inclusion throughout our organization.”

The Dolphins concluded their statement with the sentiments, “The implication that we acted in a manner inconsistent with the integrity of the game is incorrect. We will be withholding further comment on the lawsuit at this time.”

The NFL also held similar opinions in regards to Flores. While actively denying their involvement in supposed racist discrimination, the franchise released a statement that read, “The NFL and our clubs are deeply committed to ensuring equitable employment practices and continue to make progress in providing equitable opportunities throughout our organizations.”