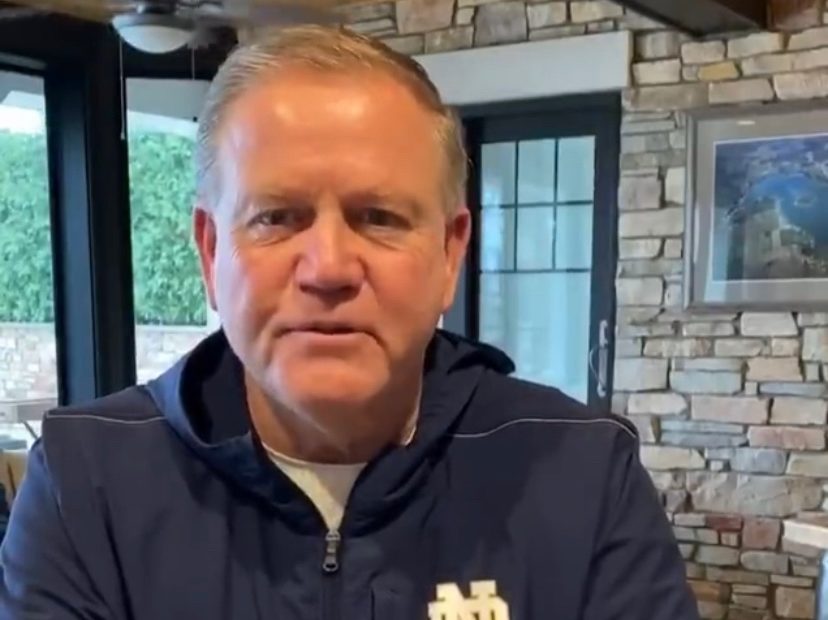 Brian Kelly, former head coach for the University of Notre Dame’s football team, announced to his players that he will be taking his athletic guidance to the Louisiana State Tigers instead.

Sending out a group message to Notre Dame’s football team, the 60-year-old coach apologized for not relaying the news in person. While the news had broken to media outlets, Kelly himself never notified his players. “Let me first apologize for the late night text and more importantly, for not being able to share the news in person that I will be leaving Notre Dame,” he wrote.

The coach continued the message with words of positivity and appreciation for the state of the football department but implemented that he had far more to discuss in the morning. He called a meeting between him, his players, and Notre Dame’s athletic director Jack Swarbrick at 7:00 AM the next morning, in which he explained his reason behind the resignation.

“The past 12 years have been the most incredible 12 years of my life for me and my family being here at Notre Dame,” Kelly commented during the meeting. “It’s magical what we’ve been able to build with the most incredible student-athletes, the ones that I’m looking at right now.”

Swarbrick even confirmed that he could tell the head coach was itching to depart from the school, according to ESPN. “There’s just a sense you get when you work closely with somebody for 12 years that there’s a certain restlessness, and I could sense that,” he said. “It was a little bit like somebody who might be open to a different opportunity.”

Hitting the nail on the head, Swarbrick perfectly described Kelly’s desire to forfeit his position as Notre Dame’s head coach.

During the meeting, Kelly went on to note that all good things must come to an end, and his time with Notre Dame could not continue. “There comes a time where you look in your life for another opportunity. And I felt like it was time in my life for another challenge,” he shared. “I saw that opportunity in a very short window and felt that it was best for me and my family to pursue a new challenge.”

“From the bottom of my heart, I want to thank every one of you for giving me this opportunity to speak to you directly because you don’t get that chance very often,” he added, expressing gratitude for a chance to positively influence talented players. Kelly then concluded, “Thank you for allowing me to pursue what I love to do and that’s develop 18 to 21 year olds.”