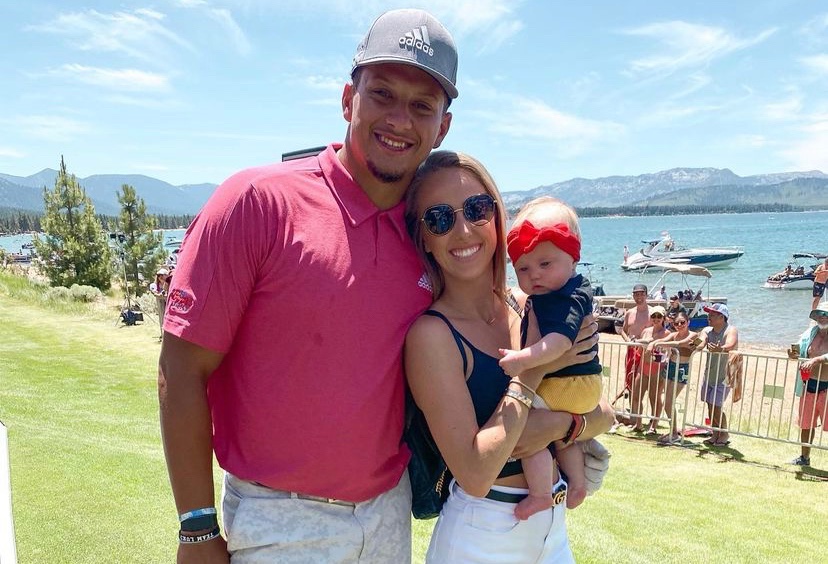 Brittany Matthews has an incredible history playing soccer, being a personal trainer, as well as holding the CEO position of a fitness company. Perhaps most importantly, she is also the mother of a one-year-old child.

However, a rude follower of the 26-year-old decided to argue that her only claim to fame is being engaged to Kansas City Chiefs quarterback, Patrick Mahomes. With such strong claims, Matthews had no choice but to fight back.

“She most definitely twenty years from now is gonna be on some real housewives of athletes type of show because for real what does she actually do,” a commenter wrote under a picture she posted with her daughter, Sterling. In response, Matthews inquired, “And you follow me, why?”

As the two battled back and forth, the fact that Matthews owns a portion of the Kansas City National Women’s Soccer League franchise was brought up.

Last year, Matthews shared after the new team was announced, “I have a true level of appreciation for what these incredible women do on a daily basis. We have the greatest fans and community here in KC and I can’t wait to huddle around this team.”

RELATED: Jordyn Woods and Karl-Anthony Towns Open Up About Their Adorable Relationship After 1 Year of Dating

Brittany Matthews opens up about the hardships of parenting.

Undoubtedly, being in the public eye alongside raising a child with the world watching creates opportunities for struggles. Matthews has been very open about the fact that those struggles exist, however she wishes to keep the specifics private.

For the first few months of Sterling’s life, the couple even decided to not share photos of their newborn in order to keep their privacy intact. Matthews stated, “I know the internet will instantly take the photos of her and share everywhere so just preparing myself for my newborn baby girl to be shared to the world! Right now we are just soaking in every minute with her.”

However, recently the 26-year-old explained that not everything in her life is perfect and that being a new parent opens up the possibility of struggles. “I try not to make everything seem perfect, I’m sorry if I do, ’cause you’re right that’s not the case about everything.”

She elaborated and indulged with some advice to new parents, “Once you conquered it a few times it gets easier I promise! Have grace for yourself and the baby. Have patience and know everyone with a kid has been there before.”

Additionally, Matthews revealed back in March how she tackles her personal and social life with a new rugrat running around. “She’s been with us everywhere we go,” she explained, noting that Sterling is brought with the couple when they go out. “I haven’t left her for more than a few hours because I’m breastfeeding, so I either need to feed her or pump every three or so hours.”