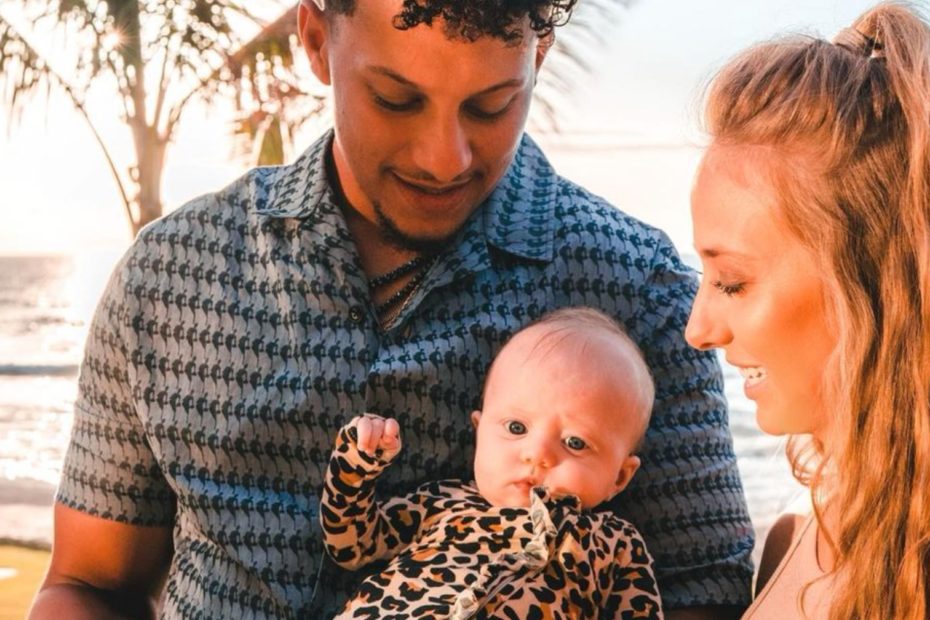 Roughly a month after revealing that she and her fiancé, Kansas City Chiefs quarterback Patrick Mahomes are expecting their first child together, Brittany Matthews is giving the world a glimpse at their growing little one.

While wearing a formfitting, long black skirt and a cropped white tee garnished with her future last name, Matthews looked both stunning and as happy as ever as she cradled her growing baby bump.

RELATED: 2020 Just Keep Getting Better for Patrick Mahomes as He and Fiancè Brittany Matthews Announce Pregnancy

“Bumpin’ & vibin’ with my people,” Brittany Matthews captioned the photo. And now that their baby girl is now earthside…

Let’s take a look at the Mahomes family since welcoming Sterling into the world with these 7 photos:

A little celebration for Mahomes on his first Father’s Day!

Sterling may only be a few months old but she’s got the smize down already!

And don’t forget about Matthews on her first Mother’s Day, wearing pink with her baby girl!

Their first big family outing and Sterling’s first baseball game! Who else is excited to see this little one cheer on Daddy in the fall?

The photos were taken during the Chiefs games against the Raiders. The crew was clearly in a stadium box as Mahomes & Co. took the field.

The personal trainer is also still sharing workouts with her Instagram followers but admits she doesn’t go as hard as she once did.

“Honestly, I’m lucky enough to get 3 workouts in a week so full body is just what I am doing right now. Listening to my body, and just keeping it moving is where I’m at right now. Everyone is different, every pregnancy journey is different, but we are all mamas creating a beautiful child and that is such a blessing!!”

In September, the young couple announced both their engagement and their pregnancy. When talking about the proposal, Mahomes said, “You don’t think it’s going to be nerve-racking when you’ve been with someone for so long, but before you get on that knee, man, your heart’s racing. I promise you that,” the 25-year-old said while admitting the engagement ring he gave Matthews was much more important than the super bowl ring he received that same night.

It’s unclear when the couple plans to wed or when Matthews is due, but we couldn’t be happy for Brittany Matthews, Patrick Mahomes, and their growing family.