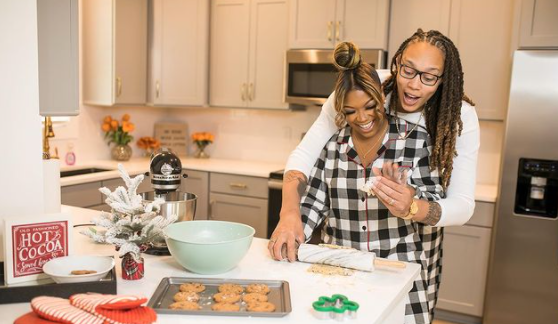 Brittney Griner is no stranger to Russia. For the past seven years, Griner has spent the WNBA offseason playing overseas in Russia and this year was no different. With the 2022 WNBA season set to begin in a few months, Griner was supposed to be on her way back home.

Unfortunately, those plans were thwarted when she was detained by Russian officials that reportedly found vape cartridges with cannabis oil in her luggage at the airport. The incident happened sometime in February, though the United States is just learning about it now.

The news couldn’t have come at a worse time. For the past two weeks, Russia has launched a full-scale invasion of Ukraine with no end in sight. Tensions have been rising between Russia and the rest of the world, but now Brittney Griner is finding herself right in the middle of it all.

RELATED: Brittney Griner’s Height and 20 Other WNBA Players Who Compare

Griner was making her way through security at the Sheremetyevo airport in Moscow when service dogs indicated that drugs might be located in her luggage. After scanning the luggage, vape cartridges were found and it was later confirmed that the cartridges contained cannabis oil.

“A criminal case was opened against a US citizen under paragraph “c” of Part 2 of Art. 229.1 of the Criminal Code of the Russian Federation – smuggling of narcotic drugs in a significant amount,” the Federal Customs Service of Russia said in a social media post on Saturday.

The social media post also contained a video of Griner making her way through customs and added that she faces a punishment of 5 to 10 years in prison if convicted. With the way Russia has acted over the past few weeks, there’s a good chance Griner is eventually convicted.

As of right now, it’s unclear why it took so long for the world to learn of her detainment. It’s also unclear where she’s being held and what the future has in store for her. Nonetheless, she is gaining a lot of support across the nation, with many calling for her swift return to the US.

Cherelle Griner Has Message for Her Wife, Brittney Griner

The news of Brittney Griner’s arrest has been troubling for many, but no one is more troubled and confused than Griner’s wife, Cherelle Griner. The two have been married since June 2019 and have grown incredibly close over the past few years. They’re both huge LGBTQ activists.

On Sunday, Cherelle posted a photo on Instagram. “Thank you to everyone who has reached out to me regarding my wife’s safe return from Russia. I love my wife wholeheartedly, so this message comes during one of the weakest moments of my life” she said in the caption.

Cherelle posted another Instagram photo in support of her wife on Monday.”My heart, our hearts, are all skipping beats everyday that goes by. I miss your voice. I miss your presence. You’re our person! There are no words to express this pain. I’m hurting, we’re hurting,” she said.

Cherelle isn’t the only one hoping for Griner’s swift return to the United States. Texas Rep. Sheila Jackson Lee weighed in on the incident. “Please, allow Miss Griner to leave. Allow her legal representation to handle her matters,” Lee said. “It is no place for her,” she continued.

Griner has spent nine seasons in the WNBA since being drafted first overall by the Phoenix Mercury in 2013. She’s a seven-time All-Star and has averaged 17.7 points, 7.6 rebounds, 1.8 assists, 0.5 steals, and 2.8 blocks in 30.9 minutes per game. She’s an all-time WNBA great.

YOU MAY ALSO LIKE: 25 Greatest WNBA Players of All-Time

All of us here at At the Buzzer are hoping this matter gets resolved soon. With the number of people being detained in Russia – both Russians and foreigners – there’s no telling how bad Russian prisons are going to get in the coming weeks. We’re hoping for her safety and security.