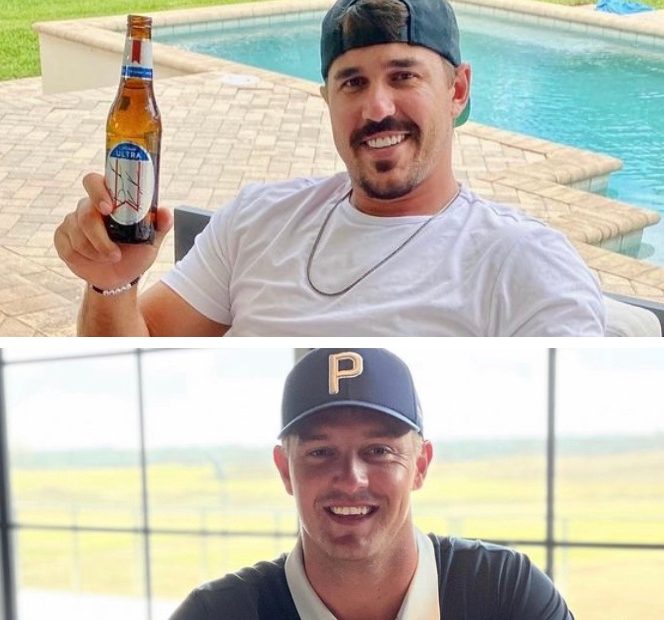 Brooks Koepka and Bryson DeChambeau have been in a heated rivalry for the last few years. Shockingly, they will have to put their differences aside as they become teammates at the Ryder Cup in September.

According to Koepka, the feud has been ongoing since 2019. However, the rivalry was amplified when Koepka was visibly annoyed as 27-year-old DeChambeau appeared behind him in an interview in May. Is something as small as an appearance worth the rage? Apparently to Koepka, yes it is.

“He walked up to Ricky and said ‘You tell your man if he’s got something to say, say it to myself,” said the 31-year-old to Yahoo Sports. He added, “I thought that was ironic because he went straight to Ricky.”

“Ricky told me when I came out,” added the golfer before stating, “I hit a few putts and then just walked right over to [DeChambeau]. We had a conversation.”

What words were exchanged between Koepka and DeChambeau?

They left the conversation in agreement to let their rivalry simmer down. Yet, their informal treaty did not last long. Koepka said, “We both agreed we’d leave each other out of it and wouldn’t mention each other, just kind of let it die off,” before stating, “So then he was playing video games online or whatever and brought my name up and said a few things [about Koepka appearing in ESPN’s The Body Issue], so now it’s fair game.”

He continued to argue that, “[DeChambeau] didn’t hold up his end of the bargain and I didn’t like that, so I’ll take my shots,” according to ESPN.

However, this rivalry has left fans wondering if they will be able to put their differences aside and coexist on a team, as they will be sharing the spotlight during the Ryder Cup in September.

The 31-year-old offered, “It’s only a week,” and “I can put it aside for business. If we’re going to be on the same team, I can deal with anybody in the world for a week. I’m not playing with him. I’m pretty sure we’re not going to be paired together; put it that way. I think it’s kind of obvious.”

Additionally, DeChambeau apparently doesn’t remember much of what was said during their conversation. During a press conference for the British Open, ESPN reported what the 27-year-old said in reference to his rival.

“I think he said something back at Liberty National not upholding something. I don’t know what he’s talking about in that regard. Maybe that’s on me. Maybe I didn’t. I really don’t remember anything about that. We just had a conversation that I really don’t know what happened, because we haven’t really bantered back and forth until now, so it’s like why is that happening now,” explained DeChambeau.

He also included, “Besides that, I’m just here to play golf and focus on that,” he continued. “If we want to keep bantering back and forth, obviously being respectful and keeping lines where they aren’t getting crossed, yeah, I think it’s fun and a good environment for people in golf.”