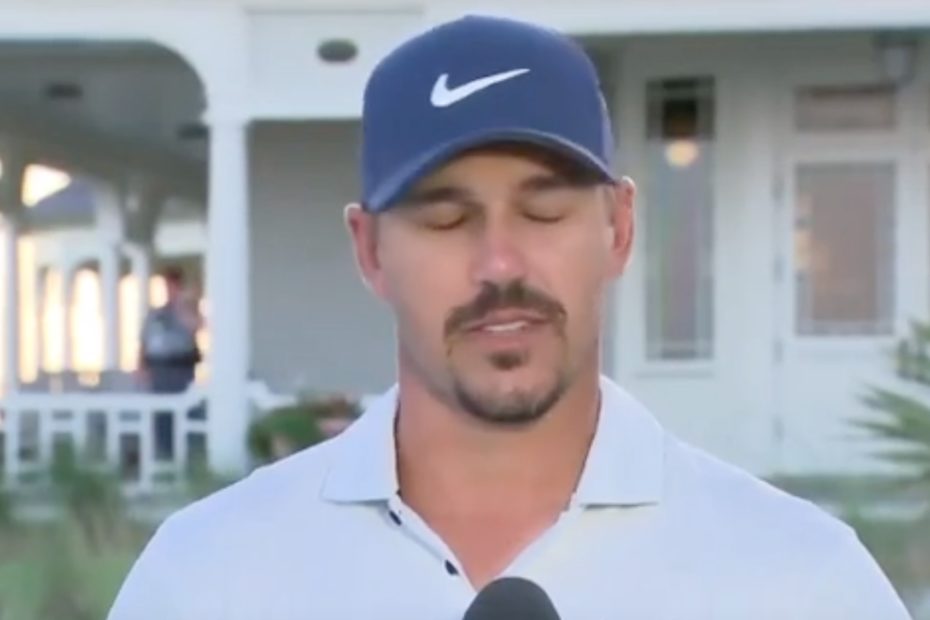 They say a picture is worth a thousand words well this video is worth a million if you ask anyone who has seen it. While being interview by the Golf Channel, Brooks Koepka was being asked about his strategy on the golf course when he lost his train of thought mid-answer.

Koepka seemingly lost his train of thought because fellow golfer Bryson DeChambeau had walked behind him with another man while carrying on a completely different conversation.

And whatever Beau DeChambeau had said at that moment, really threw Brooks Koepka off.

Koepka was explaining that the wind that day made it difficult for him to put well, but found a way to make it work with other aspects of his game. That’s when DeChambeau had walked behind him and Koepka made no effort to hide his real feelings about his competitor.

In the video, you can see Koepka close his eyes and you can start to hear mumbling in the background as DeChambeau appears in the frame. Koepka tries to continue on but goes on to admit that he’s “lost his train of thought after hearing that bullsh*t.”

(Warning: This video contains language that some may find offensive.)

That statement was then followed by a few more cuss words before the reporter decided to just start his line of questioning all over again. “We are going to enjoy that in the TV compound,” the reporter said with a laugh. “I honestly wouldn’t even care,” Koepka said with a smile and another eye roll.

“Golfers getting in the head of other golfers. Mind games. Hilarious,” one commenter wrote. It’s reported that Bryson reportedly said, “Nice shot on the last hole,” as he walked by. However, that has not been confirmed.