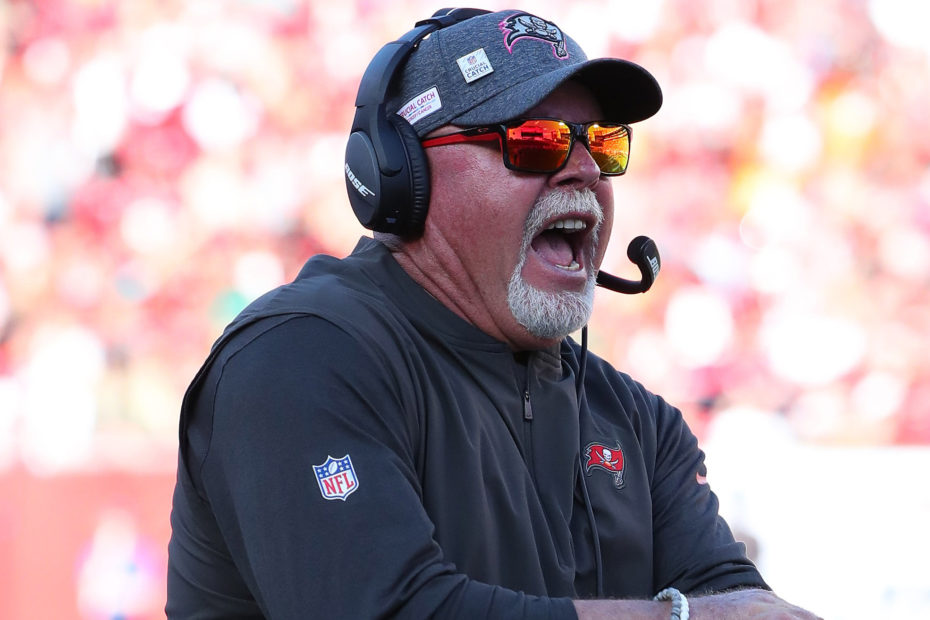 Bruce Arians, Tampa Bay Buccaneers legend, is stepping down from his position as head coach and handing the job over to defensive coordinator Todd Bowles.

After three seasons with the Bucs, the 69-year-old was able to completely revolutionize the team. Despite a small run time, he has the highest win percentage of any coach in Buccaneers history, won five playoff games whereas previous coaches had won six combined, and led his team to victory during  Super Bowl LV. Needless to say, his impact on the team has been substantial.

Although many questioned whether or not the decision to step down from his coaching position stemmed from health concerns, Arians denies these allegations. He also insisted that this isn’t a retirement, as he will still be working for the Bucs.

“No, moving to the front office,” he explained over text when ESPN’s Adam Schefter asked if Arians had retirement plans. He added, “I’m still working.”

Under his new job title as senior football consultant, the former head coach will play a key role in evaluating draft prospects. While Arians did not explain his decision to move into an office position, he relayed in a statement that it felt like the right time to step down.

“I have spent most of the last 50 years of my life on the sidelines as a football coach in one form or another. Today, I have made the decision to move from the sidelines into another role with the Buccaneers front office, assisting [general manager] Jason Licht and his staff,” he said. “I love football. I love the relationships, the strategy, the competition — everything. It has been one hell of a ride, but I know this is the right time for me to make this transition.”

In addition, the 69-year-old played an essential part in ensuring that Bowles would have an easy transition into the head coach position for Tampa Bay. He interviewed for other institutions such as the Minnesota Vikings and the Chicago Bears, but ultimately Tampa Bay felt right.

“I am appreciative of the family and Jason Licht for having faith in me to take on this role, and to Coach Arians for his support and guidance over the past four decades,” Bowles shared. “Tampa has become home for my family, and we are excited to remain part of this community for years to come. As an organization, we have all the pieces in place to continue the winning standard that has been established here in recent years. I am eager to get started with our players, coaching staff, and front office in preparation for the 2022 season.”