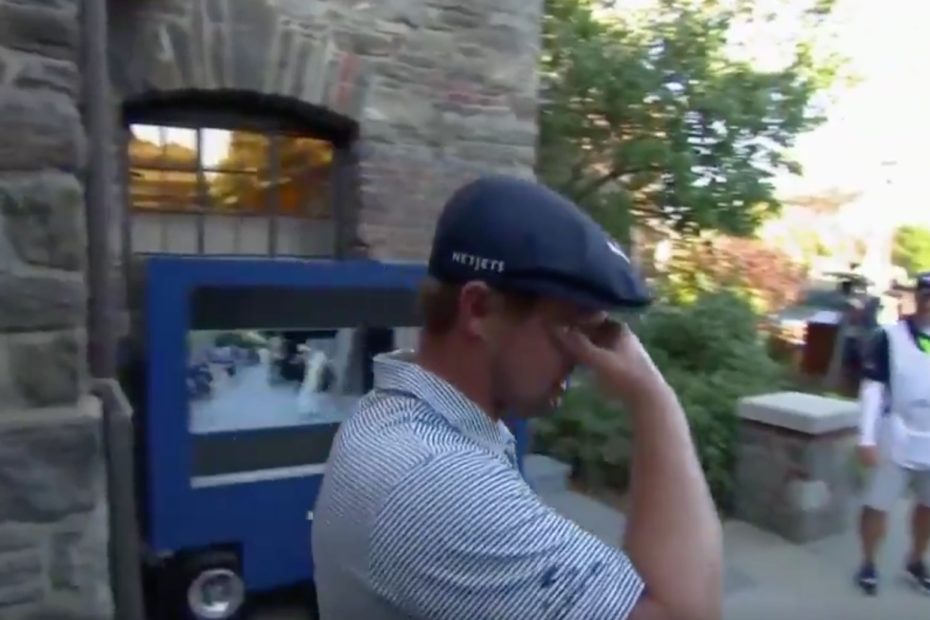 It’s just like the Golf Channel said, “It doesn’t get sweeter than sharing a victory with loved ones,” even when none of your loved ones are allowed to be there to watch you win. On September 20, professional golfer Bryson DeChambeau won his first-ever U.S. open and although his family and friends couldn’t be there to watch him do it in person, his parents surprised him on a video chat following his win.

RELATED: Tiger Woods’ Son Is Following Directly in His Dad’s Footsteps As He Wins Golf Tournament

The 27-year-old won by six strokes at the Winged Foot Golf Club in Mamaroneck, New York to take home the massive silver trophy. And while he expected the huge payout after winning the whole tournament, DeChambeau had no idea his parents were going to be there, virtually, to celebrate with him.

The surprise left the young star in tears.

“Oh my god,” DeChambeau said when he realized it was his parents he was going to get to talk to and had to take a minute to collect himself. He then told his parents, “Hey mom. Hey Dad. I did it!”

“Hey buddy! Congrats, yay!” his mom said via Zoom, before adding, “Love you, we are so proud.” “Great job,” his dad John said with a smile as other family members, like his grandmother, started filtering through to offer their congratulatory message as well.

The morning after his big win, DeChambeau took to Instagram to share a photo of himself, in bed, with his medal and trophy. He captioned the photo saying, “Still a dream.”

He later added on Twitter, “Amazing feeling after so much hard work has gone into this transformation of my game and outlook. Thank you to my fans, team, and sponsors for sticking with me. And thank you to the USGA, usopengolf, and Winged Foot for an incredible test. So honored to have won my 1st major here.”