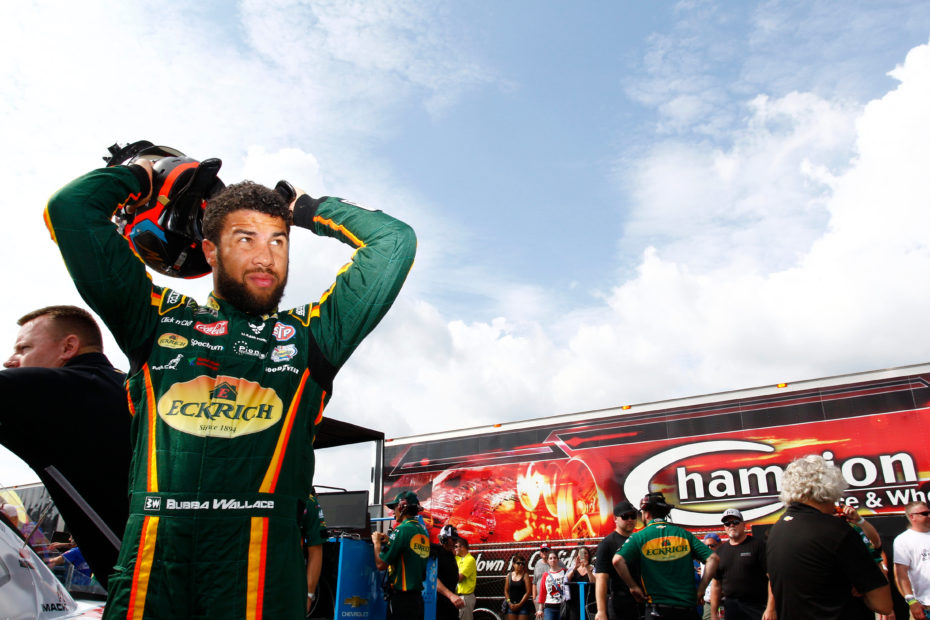 NASCAR driver Bubba Wallace recently opened up during an interview about how his decision to openly support the Black Lives Matter movement has affected his career in racing.

The race car driver is featured in an upcoming Netflix docuseries Race: Bubba Wallace in which he discusses how supporting BLM was a risky decision to publically condone considering it could alter his perception as a person in the public eye. However, he emphasized that supporting an anti-racist movement is essential in tackling racism within the racing community.

The Netflix series was announced last year and documents Wallace’s role throughout the 2021 NASCAR season.

In a press release for the series, the goal of its release is to, “take viewers behind the scenes of the 2021 NASCAR season through the eyes of the only Black driver at the top level of the sport, and will explore Wallace, 23XI Racing, and NASCAR’s efforts to advocate for inclusion and equality in racing and beyond.”

As the only top-ranking Black driver in NASCAR, Wallace feels as if he has a responsibility to advocate for the community and promote equity throughout his country. That is why his decision to wear a BLM shirt was a strategic decision.

“He was so dead set on making a statement,” his fiancee Amanda Carter explained during a clip that was given exclusively to PEOPLE. Wallace jumped in and added, “I was just gonna show up with that shirt on. I thought I was gonna lose my ride, to be honest with you.”

Since Geroge Floyd’s death in 2020, the driver has given his perspective on being a Black man in a sport that is predominantly white. One of his ideas to make NASCAR more inclusive is to abolish the use of the Confederate Flag, a symbol that is commonly seen through racing spaces and holds roots in white supremacist ideologies.

“My next step would be to get rid of all Confederate flags,” Wallace said to CNN in 2020. “No one should feel uncomfortable when they come to a NASCAR race.”

He went on to explain, “Get them out of here. They have no place for them. The narrative on that before is I wasn’t bothered by it, but I don’t speak for everybody else. I speak for myself. What I am chasing is checkered flags, and that was kind of my narrative.”