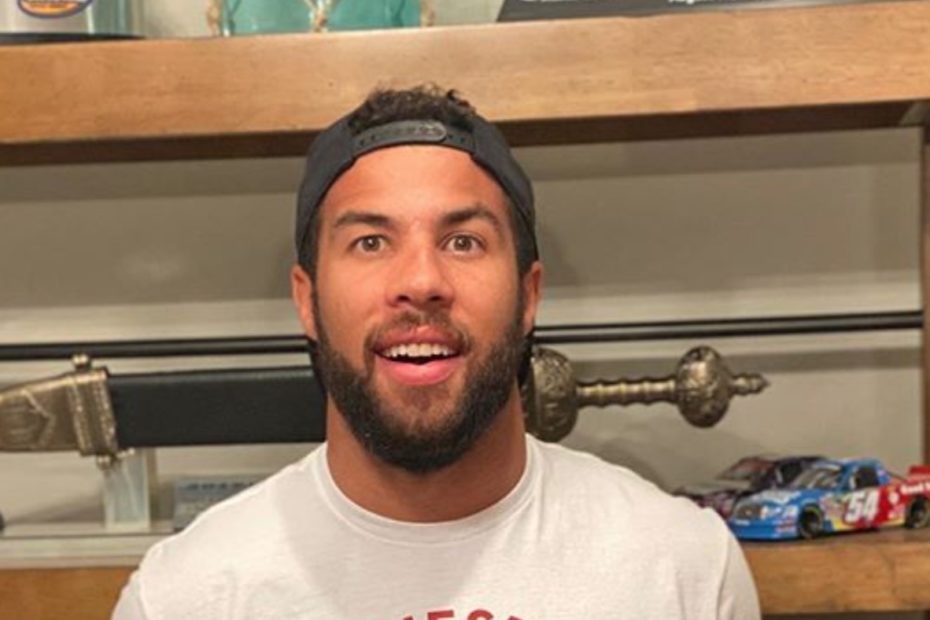 Disgusting. It’s the only word that can be used to describe the racism Bubba Wallace endured the morning before he was set to race at Talladega.

In a statement shared by Wallace himself on Twitter hours after the despicable incident took place, the number 43 NASCAR driver revealed that his team found a noose in their garage hours before the race was set to start.

RELATED: Darrell “Bubba” Wallace Jr. Demands Change In the NASCAR World Calling for the Confederate Flag to Be Banned

“Today’s despicable act of racism and hatred leaves me incredibly saddened and serves as a painful reminder of how much further we have to go as a socialite and how persistent we much be in the fight against racism,” Wallace began his statement.

“Over the last several weeks, I have been overwhelmed by the support from people across the NASCAR industry including other drivers and team member sin the garage. Together, our sport has made a commitment to driving real change and championing a community that is accepting and welcoming of everyone. Nothing is more important and we will not be deterred by the reprehensible actions of those who seek to spread hate. As my mother told me today, ‘They are just trying to scare you.’ This will not break me, I will not give in nor will I back down. I will continue to proudly stand for what I believe in.”

NASCAR is now investigating and plans to remove the person or persons responsible from the sport.

In a statement issued to SportsCenter, NASCAR wrote that they are both angry and outraged by what transpired in Talladega.

“Late this afternoon, NASCAR was made aware that a noose was found in the garage stall of the 43 team. We are angry and outraged, and cannot state strongly enough how seriously we take this heinous act. We have launched an immediate investigation, and will do everything we can to identify the person(s) responsible and eliminate them from the sport.”

This abominable show of racism comes just weeks after Wallace played an instrumental part in having the confederate flag banned from all NASCAR events. On June 10, just before Wallace competed in his first race since their season was postponed due to COVID-19, NASCAR listed to his demands and agreed that the confederate flag has no place in the sport.

“The presence of the confederate flag at NASCAR events runs contrary to our commitment to providing a welcoming and inclusive environment for all fans, our competitors, and our industry. Bringing people together around a love for racing and the community that it creates is what makes our fans and sport special. The display of the confederate flag will be prohibited from all NASCAR events and properties.”

It was a move Wallace was proud to be apart of. “We had a lot of first-time watchers last night, which was super incredible, a lot from the African-American community that would never give NASCAR a chance,” Wallace said of the June 10th race at Martinsville Speedway.

“Hopefully, that’s for the future as well,” he continued. “We encourage all backgrounds and all races to enjoy our crazy sport, it’s action-packed from the drop of the green flag to the drop of the checkered flag.”

Due to inclement whether, the race at Talladega was postponed until June 22 at 3 p.m.

5 thoughts on “Bubba Wallace Faces Horrific, Disgusting, and Unimaginable Racism at Talladega After Fighting for Equality”