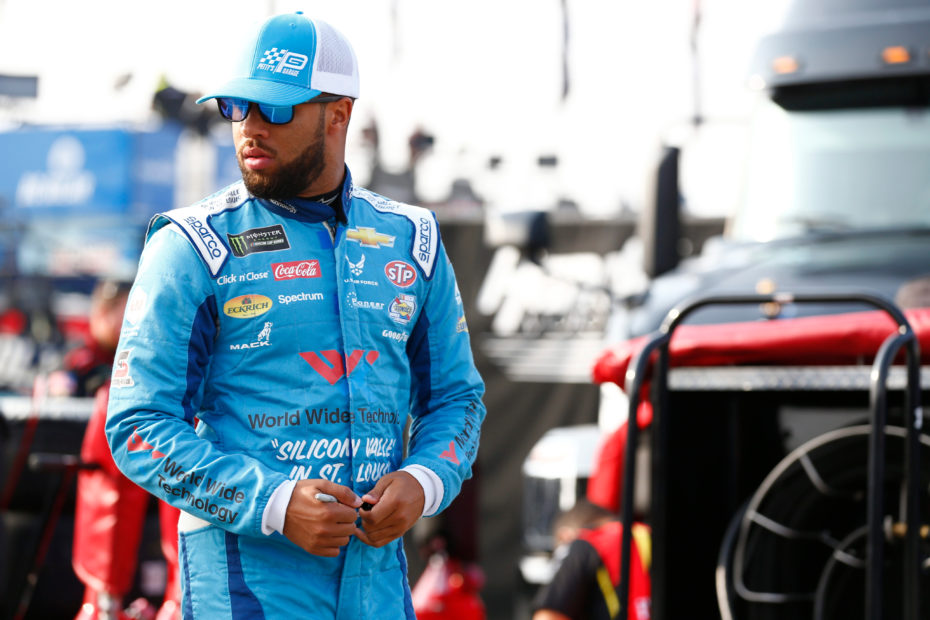 NASCAR driver Bubba Wallace made history during Monday’s race for the NASCAR Cup Series when he became the first Black driver to win the event in nearly 60 years. The race occurred in Talladega, Alabama, and during the event, Wallace beat out two legendary competitors, Ryan Preece and Chris Buescher.

“You Always Remember Your First.”

After the exciting victory, he was seen celebrating with his teammates. While being ecstatic is only natural when you earn one of the biggest wins in your career, it is also impressive considering Wallace is the first person of African American descent to win the NASCAR Cup Series since Wendall Scott in 1963.

“Man, I’m just so proud of everyone at 23XI,” the driver shared after his victory, referring to the team he belongs to. 23XI is is a Racing team that is co-owned by NBA legend Michael Jordan, additionally. According to PEOPLE, the NASCAR champion went on to include, “New team coming in and getting a win late in the season. I know a lot of history was made today, I believe, which is really cool, but it’s about our guys, about our team, about what was done.”

Wallace also spoke to PEOPLE last July where he discussed the struggles of racism in his line of work. He stated, “Whenever I was younger, I never would understand it, but my parents would always just be like, ‘You know what, don’t mind that BS that’s going on over there. Let’s come back next week and beat their tails.’ And that’s what we did. We’d come back and eventually shut them up. So, it’s been like that ever since.”

This also tracks with the statement the driver keeps pinned to his Twitter profile. It reads, “There is only 1 driver from an African American background at the top level of our sport. I am the 1. You’re not gonna stop hearing about ‘the black driver’ for years. Embrace it, accept it and enjoy the journey.”

The wins just keep on coming: Bubba Wallace is engaged!

The good news did not stop with the incredible championship win because Bubba Wallace also recently announced his engagement to his fiancee Amanda Carter a few months ago. When he announced his proposal, the only thing he had to say was, “Why I waited so long..we will never know.”