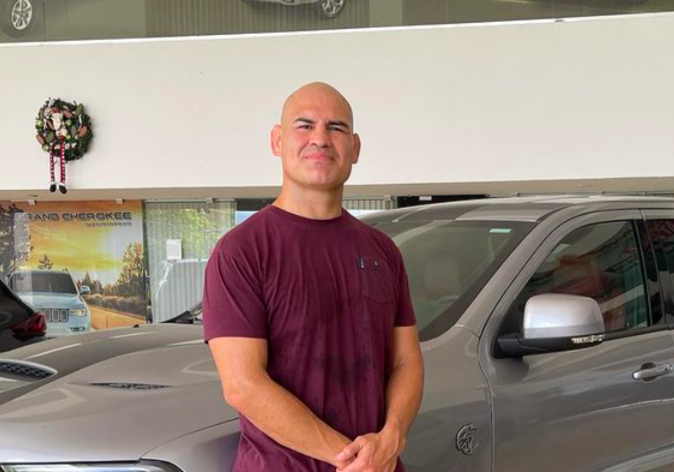 Cain Velasquez, former UFC heavyweight champion, has been charged with attempted murder. According to prosecutors, the mixed martial artist shot a man that was charged with molesting one of Velasquez’s relatives.

The Santa Clara District Attorney’s office released a statement last week that revealed the 39-year-old participated in an “11-mile, high speed chase through busy streets into San Jose” in which he “ fired a handgun multiple times into a truck” that carried his target.

The athlete did not hit his intended target and instead shot a 63-year-old male who was also in the vehicle. The victim is expecting to make a full recovery, but Velasquez has been charged with attempted premeditated murder.

According to CNN, the former heavyweight champion will possibly be looking at 10 total changes. Alongside attempted murder, he could be charged with “shooting at an occupied motor vehicle, three counts of assault with a firearm, three counts of assault with a deadly weapon, willfully discharging a firearm from a vehicle and carrying a loaded firearm with intent to commit a felony.”

Velasquez’s intended target in the shooting is 43-year-old convicted child molester Harry Goularte. According to court documents, Goularte’s alleged victim is a “close relative” of the UFC fighter.

Goularte was released from custody, despite the District Attorney objecting to his reintegration into society. Under probation, he is supposed to stay in home detention, wear an electronic monitoring bracelet and stay 100 yards away from any child under 14. The DA’s office stated that “Goularte was on his way to get the monitor when Cain attacked.”

The shooting occurred at approximately 3:00 p.m after the fighter rammed into Goularte’s Silverado truck. Shooting from his ford, Velasquez fired multiple rounds with a registered .40 handgun when another passenger in Goularte’s vehicle decided to call 911.

“The sad tragedy is that Mr. Velasquez chose to take the law into his own hands, endangering the public and everyone in the truck,” Santa Clara District Attorney Jeff Rosen shared in a statement. “This act of violence also causes more pain and suffering to his family.”

If the UFC champion is convicted, incarceration is a likely possibility. He began wrestling in 2019, after winning two UFC heavyweight division championships.