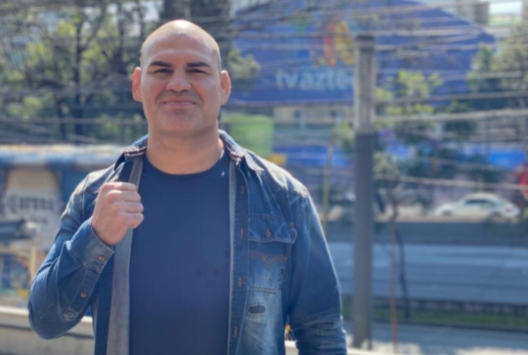 Cain Velasquez, former UFC champion and professional wrestler, has been booked into the Santa Clara County main jail as a suspect in a shooting that occurred on Monday. While he hasn’t been charged, he’s being held without bail on suspicion of attempted murder.

The incident occurred at 3:14pm near the intersection of Monterey Hwy and Bailey Ave. in Morgan Hill, California. Reports indicated that a man was shot and was rushed to the hospital with non-life threatening injuries. It took authorities several hours to reopen the intersection.

The San Jose Police Department confirmed the incident in a series of tweets on Monday evening. They later confirmed that Velasquez was the suspect in custody on Tuesday morning. The news shocked the UFC and WWE community, who view him as one of the all-time greats.

“The motive and circumstances surrounding this incident are still under investigation at this time,” said the San Jose Police Department on Tuesday. Velasquez is scheduled to appear in court on Wednesday at noon, at which point we’ll learn more about the tragic situation.

Cain Velasquez is a native of the California area, having been born in Salinas, CA. While he spent most of his youth and schooling days in Arizona, he returned to the San Jose area when he joined the American Kickboxing Academy to pursue a career in mixed martial arts.

Cain Velasquez: A Legacy Plagued by Injuries & Now This

Velasquez has long been regarded as one of the greatest UFC heavyweight fighters of all-time. He made his MMA debut in 2006 and made his UFC debut two years later. He retired from the sport on October 11, 2019 with a 14-3 record, 12 of those wins coming by way of knockout.

He won his first UFC heavyweight championship with a first-round TKO victory over Brock Lesnar in 2010. While he lost the belt to Junior Dos Santos in 2011, he regained the belt in a 2012 rematch with Dos Santos. He proceeded to defend the belt twice before losing it in 2015.

He would have achieved far more in his MMA career if it weren’t for several injuries – including a torn meniscus and sprained MCL in his right knee in 2014 and bone spurs on his back in 2016. He eventually decided to retire and pursued a career as a professional wrestler in the WWE.

Velasquez made his first WWE appearance in October 2019, but was released due to budget concerns in April 2020. He currently appears for the Lucha Libre AAA Worldwide (AAA) in Mexico. His last AAA fight was set for October 2020, but was canceled due to COVID-19.

YOU MAY ALSO LIKE: The 10 MLB Teams to Watch Out for This Year and Why

Velasquez has been married to his wife, Michelle, since 2011 and the couple has two children together, a daughter born in 2009 and a son born in 2018. Our hearts go out to the victim of the shooting, who is alive and well, and Velasquez’s family, who likely had nothing to do with this.