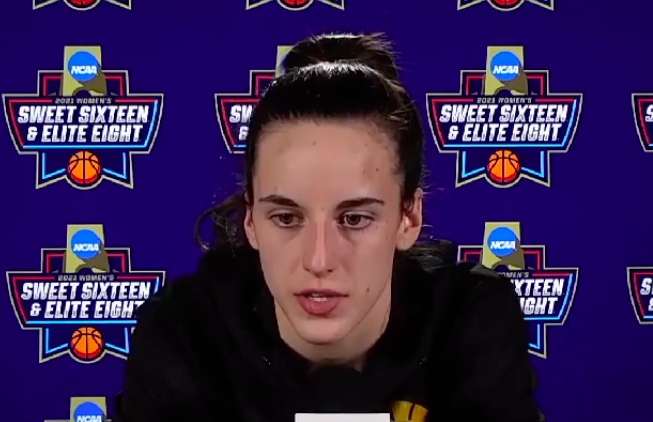 Iowa State basketball player Caitlin Clark has proven that she is a force to be reckoned with after she scored an astonishing 43 points against Ohio State.

Although the Hawkeyes ultimately lost to Ohio 98-88, no one will be forgetting Clark’s performance anytime soon. Over the course of this year, the 20-year-old sophomore has consecutively had jaw-dropping performances on the court.

In fact, when comparing her averages in the month of January, the only other athlete that compares to her statistics is NBA legend Michael Jordan.

“Caitlin Clark of @IowaWBB averaged 30.4 points, 7.7 rebounds, and 9.1 assists per game in January, playing 40-minute games,” a basketball statistics account shared on Twitter. “No NBA player (playing 48-minute games) has matched or exceeded all of those averages in the month of January since Michael Jordan in 1989.”

In addition, the point guard finished the month of January with 304 points over 10 games, which positioned her as the first Big Ten player to reach 300 points in a month over the last 20 seasons.

Over the course of the calendar year, she also reached 1,000 career points in the first game, making her the fastest Big Ten women’s basketball player to do so. Needless to say, she is quickly becoming a household name in the world of basketball.

In fact, her talent has had such a substantial impact on the Iowa Hawkeyes’ position in the NCAA that Clark’s coach credits her for their dominating win against Minnesota. After Iowa defeated Minnesota in an incredible 105-49 victory, the third largest margin victory in franchise history, coach Lisa Bluder had some important commentary to make in regards to Clark.

“We have been telling this team, as soon as we find our 3-point shot, we will be dangerous,” Bluder shared, according to ESPN. She added, “We showed that tonight.”

The coach also referenced the sophomore player with very high regards, commenting in an interview following the big win, “Caitlin showed why she is one of the most special players in America.”

As Clark continues to rock the world of college basketball, she credits her team and coach for her success. “I couldn’t imagine being anyplace else or playing for any other coach,” she stated. “I love her to death, and I hope we can bring her a lot more wins.”