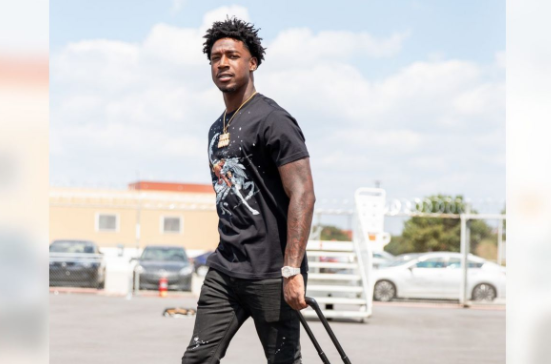 Atlanta Falcons’ star wide receiver Calvin Ridley, who hasn’t played since October 24, 2021, has been suspended indefinitely by the NFL for gambling on NFL games. The suspension will last the entirety of the 2022 season, but that’s just the minimum – it could last even longer.

According to reports, Ridley made a series of three bets over a five-day period in November 2021. The bets included a three-team, five-team, and eight-team parlay. The Atlanta Falcons, which is the team he’s currently under contract with, were one of the teams he bet on to win.

Following the NFL’s investigation, they concluded that no other players, teammates, coaches, or staff members were involved and that no games were compromised as a result. Ridley used his own mobile device to place the bets and he later admitted to it during an interview with the NFL.

As of right now, Ridley has three days to appeal the suspension, but it’s unlikely that changes anything. He’ll be available for reinstatement on February 15, 2023, at which point the NFL can either reinstate him or extend the suspension. If all goes well, he’ll likely be reinstated right away.

He took to Twitter following the news of the suspension. In a series of tweets, he acknowledged that he bet $1,500, but denied he had a gambling problem. He also noted that he will “learn from my Ls” and while he knows he was wrong, he’s surprised at the one-year suspension.

What’s Next for Calvin Ridley and the Atlanta Falcons?

Calvin Ridley was drafted by the Atlanta Falcons with the 26th overall pick in 2018. He made an immediate impact for the team, recording 127 catches for 1,687 yards and 17 touchdowns in his first two seasons. He followed that up with 90 catches, 1,374 yards, and 9 touchdowns in 2020.

Unfortunately, he was having a bit of a down year in 2021. Through the first five games of the season, he recorded 31 catches for 281 yards and two touchdowns. At that point, he announced he was taking the rest of the season off to focus on his mental health, which was deteriorating.

His last game was October 24, 2021, which means almost two years will have passed before he takes the field next – hopefully in September 2023. That’s a long time away from the game and will take nearly two years away from his prime. He just turned 27 years old in December.

As for the Atlanta Falcons, Ridley’s contract will toll until 2023 and they’ll gain $11.1 million in cap space for the 2022 season. They’ll need every dollar of that, especially considering they only have one wide receiver under contract for next season and it’s rookie receiver Frank Darby.

It’s never easy losing your No. 1 receiver, but that’s the reality the Falcons are faced with as they look to improve their team this offseason. The team hasn’t had a winning season since 2017 and is just 25-40 over the past four years. Losing Ridley isn’t going to help at all.

Both Ridley and the Falcons are going to have a much different offseason than anticipated. Ridley will have to keep himself in shape over the next 12 months – both physically and mentally. The Falcons, on the other hand, are stuck trying to piece together a winning team.