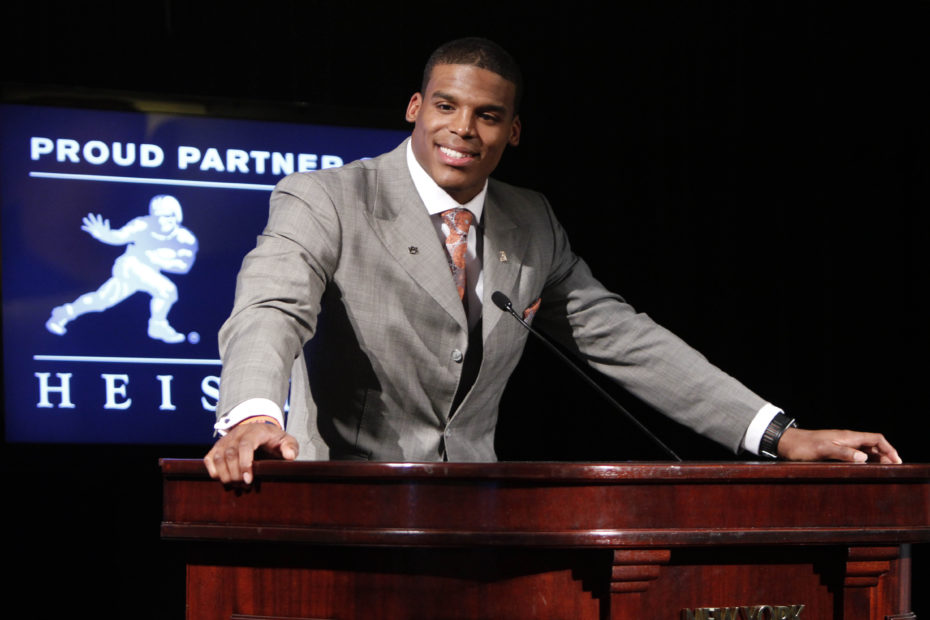 Cam Newton, an NFL free agent quarterback, is facing scrutiny for the second time in his professional career after he made sexist comments about women during the “Million Dollaz Worth of Game” podcast.

The 32-year-old athlete, who was voted MVP in 2015, openly discussed on the podcast his opinion on a woman’s role in the kitchen. Believing that men need to be the leaders, the quarterback shared that some women “don’t know when to be quiet.”

“Now a woman, for me, is handling your own but knowing how to cater to a man’s needs. Right?” Newton stated on Monday. He continued with the sentiments, “And I think a lot of times when you get that aesthetic of like, ‘I’m a boss b—-, I’m this, I’m that. ‘No, baby! But you can’t cook. You don’t know when to be quiet. You don’t know how to allow a man to lead.”

However, this is not the first time the athlete has made suspicious commentary in regards to women. In 2017, when he was a starting quarterback for the Carolina Panthers, he shared that he finds it humorous when female reporters discuss receiver running routes.

“It’s funny to hear a female talk about routes,” Newton said to female reporter  Jourdan Rodrigue who was working for the Charlotte Observer at the time. He added, “It’s funny.”

Naturally, this caused some controversy within the National Football League. Following the comments surfacing the public, the organization released a statement that condemned Newton’s actions. “The comments are just plain wrong and disrespectful to the exceptional female reporters and all journalists. They do not reflect the thinking of the league,” the NFL relayed in a statement, according to ESPN.

Upon facing scrutiny, the football player released a two-minute video in which he apologized for the comments he made. “After careful thought, I understand that my word choice was extremely degrading and disrespectful to women,” he shared during the video, never addressing the reporter by name. Newton included, “To be honest, that was not my [intention]. And if you are a person who took offense to what I said, I sincerely apologize to you.”

Newton spent the 2020 season with the New England Patriots before being cut during 2021 training. He spent last year with the Panthers but was released as a free agent. Still, Carolina general manager Scott Fitterer and coach Matt Rhule have expressed a desire to continue working with Newton.

Since his newest comments have emerged, Newton, the league, and the Panthers are yet to make statements.