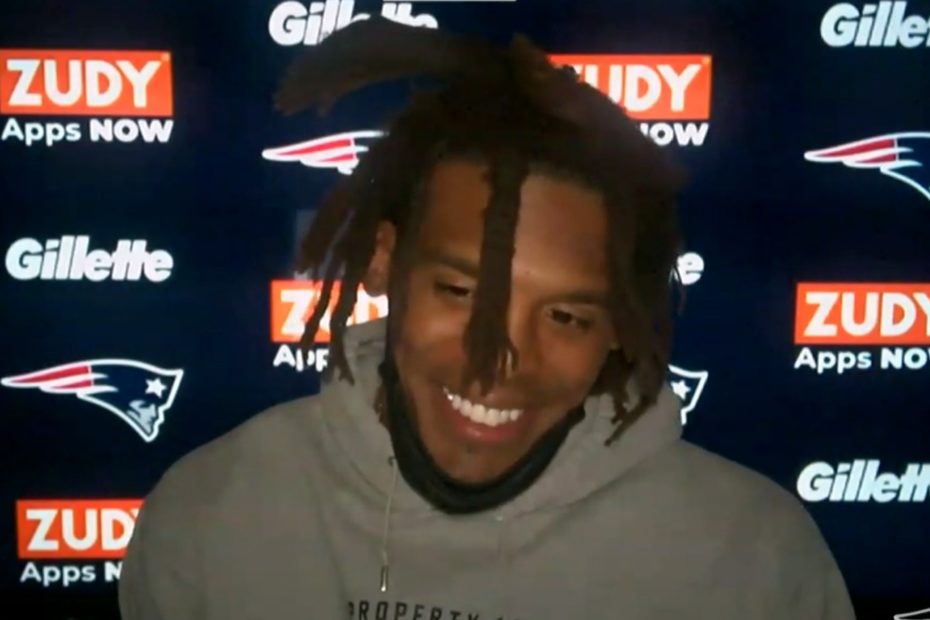 Cam Newton Says ‘That Type Of Football Play Is Unacceptable,’ Talks About Wanting To Put Team In Best Situation To Win

Cam Newton Says ‘That Type Of Football Play Is Unacceptable,’ Talks About Wanting To Put Team In Best Situation To Win

It’s been a whirlwind of a season for Cam Newton. After not being signed to a team for months, Newton was picked up by the New England Patriots.

From there he needed to learn a new offense and be the starting quarterback for a team that was led for so long by one of the best quarterbacks to ever play, Tom Brady. And after a couple of wins, Newton contracted COVID-19.

And since Cam has come back to play, it’s been a rough few weeks for him and his team on the field. “When you have learning curves like I’m having now or this team…you can kind of really go in-depth and see what the issue is,” Newton said at a Thursday virtual press conference.

Newton talked about the offense being so advanced and schematically driven by specific reactions with how the defense is playing. Newton mentioned that he wanted to get better at understanding the play caller’s purpose behind certain plays.

“Josh [McDaniels] does a great job with game planning and these last two games, it’s been one after the other that I’ve been thinking more than playing and reacting, what I pride myself on doing,” the quarterback said. “He’s been great throughout this process, Jedd [Fisch] as well as Coach Bill [Belichick].”

“That type of football play is unacceptable,” Newton said. “I’m all about putting the team in the best situation to win and that’s what I have to do here moving forward.”

In the press conference, Newton was asked, at this point in the season, if he still has that “ticked off dog” mentality, which he talked about earlier in the year during a discussion with Victor Cruz, Odell Beckham, Jr., and Todd Gurley. During that conversation, he said felt disrespected when teams weren’t picking him up in the offseason after “giving everything” to his former team.

“Make no mistake about it, more than ever because I feel like when you’re trash, and when you put on performances like I did this past week, anybody can start talking to you. From the whispers and the chirpers…but when you’re doing your job and when you’re good enough, certain people, it doesn’t even get to your desk. But, the fact that you’re down or you may be low on confidence at that particular point in time, you’re an easy target because you’re down. But when you’re going, that’s growth. That’s maturation for me, and when you talk about the dog, that never leaves. It’s just a mentality. “

Newton continued to talk about this being a way of life for him, this type of mentality. “I live my life in that specific type of way. It was handed down to me from coaches, to my dad, from peers and different teammates.”

“It never leaves. I may take a hit but at the end of the day,” Newton said, “You know who you are and that’s all that matters.”