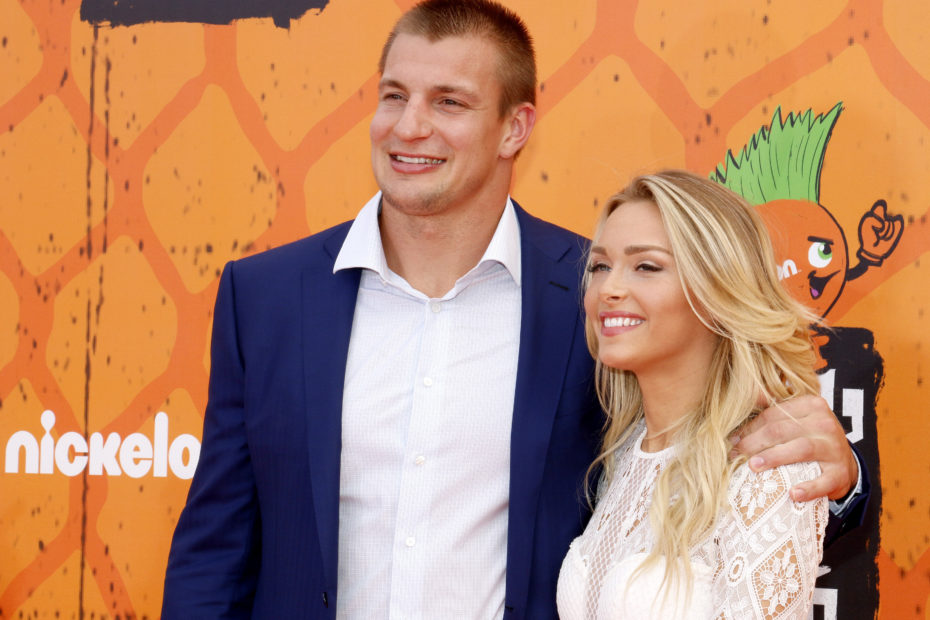 Although former NFL tight end Rob Gronkowski has been insisting his playing career is over, his long-term girlfriend Camille Kostek isn’t entirely convinced.

In 2019, the New England Patriots player announced that after approximately ten years of playing professional football, he would be stepping away from the field. However, when legendary quarterback Tom Brady made the switch to the Tampa Bay Buccaneers, he was able to steer the tight end player out of this so-called retirement.

In 2020, Gronkowski joined the Buccs alongside his longtime teammate Tom Brady, to which the two helped lead their team to an incredible Super Bowl victory. Despite his career continuing to blossom well into the 2021 season, the 33-year-old shared his plans for re-retirement.

In late June, Gronkowski wrote a detailed tribute to the Tampa Bay Buccaneers organization, followed by the announcement, “I will now be going back into my retirement home, walking away from football again with my head held high knowing I gave it everything I had, good or bad, every time I stepped out on the field.”

“The friendships and relationships I have made will last forever, and I appreciate every single one of my teammates and coaches for giving everything they had as well,” he added.

In 2013, Camille Kostek joined the New England Patriots cheerleading roster. By 2015, she finished out her cheerleading career with the Patriots and went on to professional modeling. However, she took a piece of the Patriots with her forever during her departure: their tight end.

Although rumors have been circulating that Gronkowski is pulling a fast one on the public and will not be retiring, the iconic NFL player has confirmed with multiple sources that he is finished for good. Yet, his girlfriend of seven years doesn’t believe that the end is here. During an interview with Sports Illustrated, Kostek gave her true opinion on her boyfriend’s supposed retirement.

“I am an honest lady, and honestly, in my heart, I didn’t feel like this one is a forever one. So, I think maybe he’ll come back again,” she shared.

Kostek continued and explained that her boyfriend could follow in Brady’s footsteps, referencing when the Tampa Bay Buccaneers quarterback reversed his own retirement. The model relayed, “I feel like him and Tom [Brady] are just having fun… Like, ‘Retired, not retired, retired, not retired.'”

Despite her compelling argument, the only way to truly know if Gronkowski’s swan song was authentic is to wait for the upcoming 2022 NFL season.