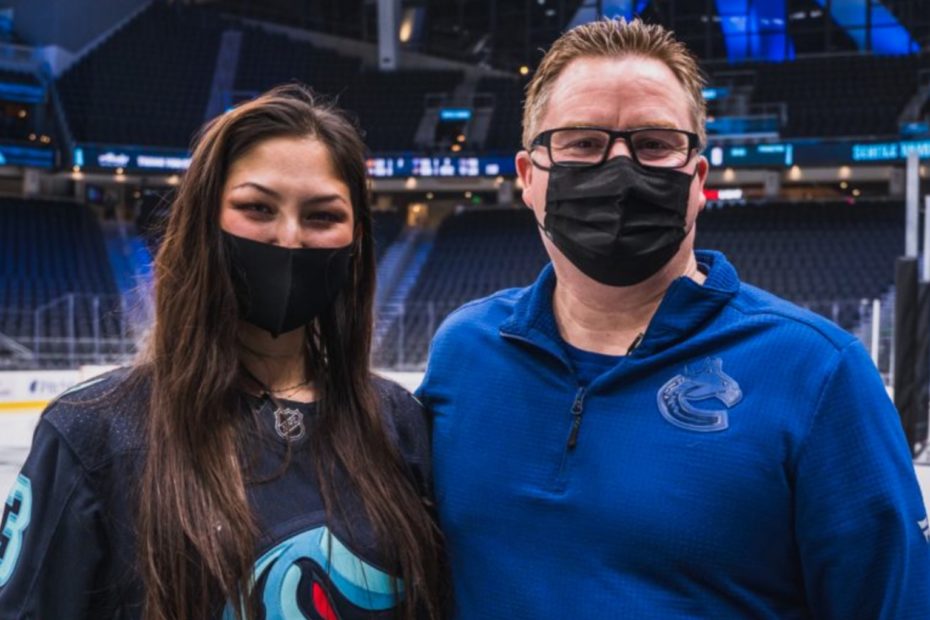 In an unsuspecting turn of events during a recent Vancouver Canucks game, their equipment manager, Brian “Red” Hamilton, was told by a fan that the mole on his neck was cancerous.

It was a typical night in October when the Seattle Kraken were hosting the Vancouver Canucks in their first home game of the NHL season. However, when Hamilton became the target of screams and hollers coming from the stand, he was surprised to find a young woman holding up a sign on her phone that read, “The mole on the back of your neck is cancer.”

Shocked, the Canuck’s assistant equipment manager then went to have the mole biopsied. In doing so, he was diagnosed with phase 2 melanoma, meaning the cancerous mole had not yet penetrated the inner layer of skin and was only evident on the outer layer. If Hamilton had waited a few more years to get medical intervention for the mole, it likely would have been life-threatening. Crediting the fan as his reason for being alive, the search for the mystery woman began.

“My name is Brian “Red” Hamilton and I am the assistant equipment manager for the Vancouver Canucks,” Hamilton wrote in a letter addressed to social media. “I am trying to find a very special person and I need the hockey community’s help. To this woman I am trying to find, you changed my life, and now I want to find you to say THANK YOU SO MUCH!”

Given the powers of the internet, the woman was identified as a 22-year-old medical student, Nadia Popovici.

Popovici was identified when her mother received a message in her Kraken Facebook group chat. Immediately recognizing the story, her mother wrote, “Oh my gosh!!! This was my daughter!!! “She just got accepted into multiple medical schools. We have season tickets behind the opposing team and she noticed the mole on the back of his neck so she typed a message into her phone and knocked on the glass window to get his attention.”

Popovici and Hamilton then arranged a meeting right before the Canucks game on Saturday, in which Hamilton had the chance to express his gratitude in person.

“She really went over the top to get my attention. It’s not easy,” Hamilton said, recalling the night the University of Washington alumni noted his abnormal mole. “I just want her to know that her persistence was what saved my life.”

Alongside the Canucks, the Seattle Kraken has decided to give Popovici a $10,000 scholarship to help pay for medical school for her outstanding identification of melanoma.