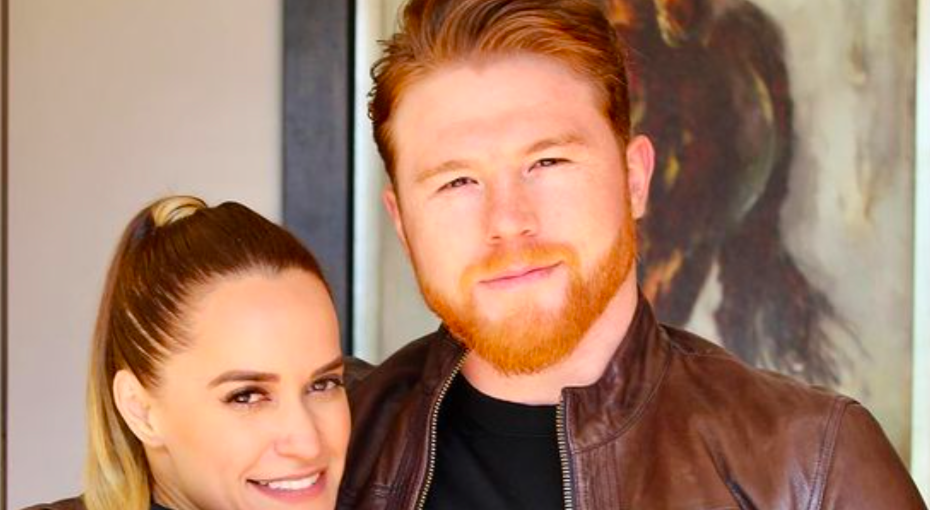 Canelo Alvarez Gets Married: ‘The WBO Family Wishes Lots Of Love And Happiness To The Recently Married Couple!’

First up, fighting in an NFL stadium for one of the biggest fights of his life. Next up, marrying the love of his life. The month of May was major for boxer Canelo Alvarez.

RELATED: You Don’t Want To Mess With This Seven-Year-Old Boxer: Father Training Daughter To Box

On May 8, “Alvarez (won) the fight (against Billy Joe Saunders) after it was waved off between the eighth and ninth rounds” per ESPN’s Ben Baby. Ben Baby mentioned Alvarez “pelted” Saunders in the eighth round and that “Saunders’ right eye had swollen shut”.

“I said before the fight that it was going to develop by seventh and eighth round,” Alvarez said per the New York Post. “I was winning round by round…”

ESPN’s Ben Baby reported that “Saunders’ trainer, Mark Tibbs, told ESPN it was his call to stop the fight and that there wasn’t any objection from others in the corner, including Saunders.”

“He’s a young man,” Tibbs said per ESPN. “He’s got a family. He’s got children. I’ve known him a very, very long time. He lives to fight another day.”

“I said the fight was going to develop before the 7th or 8th round and that’s what happened,” Alvarez said per CBS Sports’ Brian Campbell. “But it wasn’t as difficult as I expected and that proves that my preparation has improved day by day.”

When it came to how many showed up to watch the fight, this is how many were counted in attendance.

“The 70,000 plus fans (at the Dallas Cowboys’ AT&T Stadium) made it the largest crowd for an indoor boxing event in United States history” according to Dallas News’ Calvin Watkins.

But, even with that win in front of that crowd, there was an even bigger event in Alvarez’s life after this.

Alvarez got married (as the World Boxing Organization posted about it on Instagram)!

According to Bleacher Report’s Tyler Conway, “Alvarez’s wedding came a week after he earned a TKO victory over Billy Joe Saunders. The super middleweight champion and Gomez have been dating since 2016 and have a daughter, Maria, who was born in 2017.”

Congrats to Canelo and Fernanda!