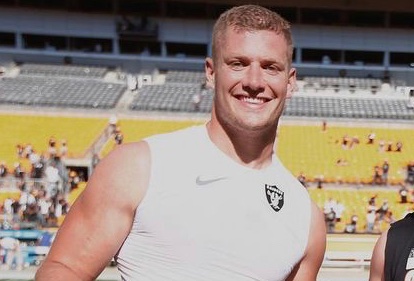 Earlier this week, The New York Times broke the news to the public that Gruden, who has been coaching the NFL for over 18 years, had been sending emails throughout the years that included homophobic slurs directed at colleagues, players, and officials. He very casually called NFL commissioner Roger Goodell a “f*ggot” and a “clueless anti-football p*ssy.”

Gruden additionally believed that the commissioner pressured the at the time Rams coach, Jeff Fisher, into drafting “queers”, in reference to the first openly gay NFL draftee Michael Sam. Needless to say, these comments were concerning for a number of reasons and they faced major scrutiny. Upon being criticized heavily, Gruden stepped down from his position as head coach for the Raiders.

“I have resigned as Head Coach of the Las Vegas Raiders. I love the Raiders and do not want to be a distraction. Thank you to all the players, coaches, staff, and fans of Raider Nation. I’m sorry, I never meant to hurt anyone,” he wrote in a statement.

Despite giving an apology and claiming that he never meant to hurt anybody, Gruden’s actions still hold weight. For Carl Nassib, the only openly gay player in the NFL as well as a player under the guide of Gruden, hearing the homophobic language was upsetting.

Apparently, a chord was struck so deep that Nassib requested a personal day off to process. Las Vegas Raiders general manager Mike Mayock addressed the media for the first time since the incident and included the fact that Nassib needed time to reflect. “He just said he’s got a lot to process, there’s a lot that’s been going on the last few days,” Mayock spoke in reference to the defensive end player. Mayock then added, “and of course we support that request.”

In regards to Gruden’s resignation, the general manager said, “We all respect his decisions, and we’re going to move ahead accordingly…I am sad, sad for the whole Gruden family. But at the end of the day, we are all held accountable for our actions and that’s the way we have to look at it.”